The holiday season is in full effect and there is an avalanche of best of the year lists to consume on social media and in our favorite publications. But when December rolls around we already start looking towards 2020, impatiently awaiting the Sundance press release that unveils the lineup of the January festival. It is exciting for us, and the rest of the film community, to see what director of programming Kim Yutani’s team has picked, and every year we find a special joy in coming across the names of S/W alums in the different categories.

The S/W-team will be at the festival in unprecedented numbers this year. I and regular attendee Jason Sondhi will attend, but we’ll also be welcoming first-timers in Senior Programmers Ivan Kander and Chelsea Lupkin, as well as site co-founder Andrew Allen. If you come out, I hope we’re able to meet up and have a good time! In the meantime here are some of the creators with a Short of the Week connection we’re looking forward to catching up with. Let this be a preview of new projects you should not miss, as well as a chance to brush up on the short film work of some of indie film’s rising stars and leading lights. 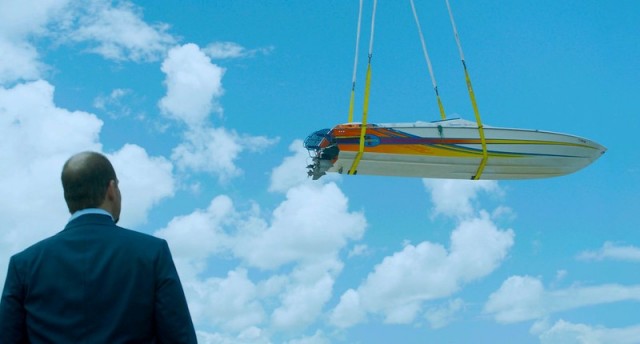 An image from Omniboat: A Fast Boat Fantasia

“A new journey begins, and there’s no better place to start than Sundance. Gotta sharpen my skates for the ice as well. Maybe get a new turtle neck, too.” – Max Barbakow

Nothing warms our heart more than seeing filmmakers we’ve championed make the leap into feature filmmaking, and 5 of our alums will premiere their first full-length in Park City this year.

Palm Springs directed by Max Barbakow (Cuddle Buddy) tells the story of a reluctant maid-of-honor who, under the influence of mysterious guest, embraces nihilism and wreaks spirited havoc on the wedding celebration. (U.S. Dramatic Competition)

Nine Days directed by Edson Oda (Malaria): Oda, who was honored in our 2014 S/W Awards, brings us this hi-concept film where a reclusive man named Will interviews prospective candidates—personifications of human souls—for the privilege he once had: to be born. (U.S. Dramatic Competition)

Surge by Aneil Karia (Work and Beat): We find Karia to be one of the most exciting up-and-coming filmmakers in the UK, and at Sundance he’ll have a chance to display that talent on a larger stage. Surge stars Ben Wishaw as a tightly wound airport security worker who breaks bad, in a tense thriller that serves a shrewd portrait of masculinity gone haywire. (World Cinema Dramatic Competition)

Beast Beast directed by Danny Madden (Frolic n’Mae – (Notes On) Biology – Confusion Through Sand – Euphonia): Few directors have been featured on this site more than Madden, whose unconventional animations under the Ornana banner (together with Ben Weissner and Jim Cummings) often blurred the lines between his distinctive drawings and live-action. Committing fully to live-action in his feature debut, Beast Beast is an adaptation of his celebrated short Krista. (NEXT)

Some Kind of Heaven directed by Lance Oppenheim (No Jail Time – The Off-Season – Quicksand – The Happiest Guy in the World): Like Madden, Oppenheim is one of our most-featured filmmakers. A prolific documentarian, we featured Quicksand when the precocious filmmaker was still only 17 years old. His debut feature, which boasts Darren Aronofsky as a producer, follows 4 people struggling to find happiness inside the palm-tree-lined streets of “The Villages”, America’s largest and most utopian retirement community. (NEXT)

In NEXT, there is also a quite unprecedented film! With a record number of fifteen directors, Omniboat: A Fast Boat Fantasia has ten S/W alums listed as directors. From the beautiful minds behind Miami’s (in)famous film collective, Borscht Corporation, the film’s talents include alums The Daniels (Possibilia – Interesting Ball – Pockets – My Best Friend’s Wedding / My Best Friend’s Sweating), Hannah Fidell (The Gathering Squall), Alexa Lim Haas (Agua Viva), Dylan Redford (My Trip To Miami), The Meza Brothers (Boniato), Brett Potter (Sea Devil) as well as Borscht O.G.’s Lucas Leyva and Jillian Mayer (Kaiju Bunraku) among others. This film is far down in this preview, but without a doubt at the top of my list!

What’s cool about running a site as long as we have (since 2007!) is seeing filmmakers we’ve tracked for years settle into roles as established artists with real gravitas. We can’t claim to have been there at the beginning with all of them, but we’re gonna snag tickets for these illustrious talents whose prior shorts are part of our collection.

Benh Zeitlin (Glory at Sea) is finally back with Wendy, his follow-up to his 2012 Oscar-nominated debut feature Beasts of the Southern Wild. (Premieres)

Miranda July (Somebody) brings us Kajillionaire, this fascinating multi-disciplinary artist was last at Sundance in 2011 with The Future. (Premieres)

Last for this category, a special mention for Worth, the new film from Sara Colangelo. Though not an alum, we’ve admired Colangelo since her 2010 short Little Accidents, which served as the basis for her 2014 feature debut. Worth is now her 3rd feature, and is produced by Short of the Week investor and adviser Michael Sugar!

“the validation of getting in again is a huge gift (…) with Dirty I’m really just hoping to go and celebrate the accomplishment, to meet other filmmakers and to leave feeling inspired.” – Matthew Puccini

Enough features, back to our raison d’être, short films! Senior Short Film Programmer Mike Plante’s team has selected seventy-four shorts that we can’t wait to binge-watch and hopefully bring to you as soon as possible. We are eager to start with the new projects of alums such as:

Matthew Puccini (The Mess He Made – Lavender) lands at Sundance for the second year in a row with his latest, Dirty. (Shorts Program 3) 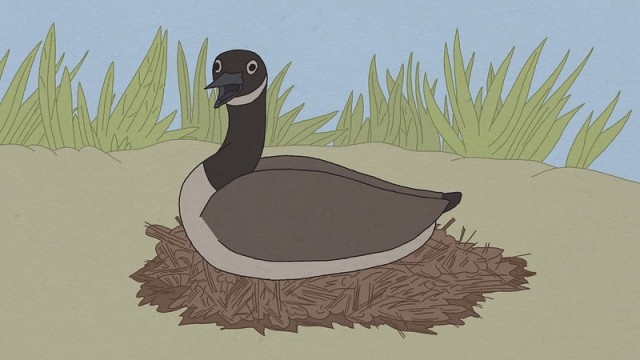 “Having Broken Orchestra play in Sundance is an opportunity that I’m beyond grateful for – it’s another opportunity to share this story with new audiences.” – Charlie Tyrell

Onko sulla nälkä? (Are You Hungry?) by Teemu Niukkanen (F*cking Bunnies) is an eagerly anticipated outing from one of comedy filmmaking’s rising stars. (Shorts Program 1)

Additionally, the Indie Episodic Program has a familiar face in it—Chemo Brain from Kristian Håskjold (A Worthy Man – Forever Now).

“When I started talking about the project with my co-writer Johan Wang, it felt naturally as an episodic project, since we jump in time from each episode till the next.” Kristian Håskjold

And last, but not least, as many of you are aware, Sundance is one example of the many hi-profile film festivals that does NOT have premiere restrictions on its shorts so we’re very pleased to see the S/W-featured film Eli by Nate Milton in the official selection, available to watch here on S/W.

If you’re planning to attend, come connect with us at one of these events. Passes are available now and individual tickets go on sale January 21st at sundance.org/tickets.