A riveting and experimental medium-form film from Ornana ((notes) on biology). A boy becomes obsessed with his handheld recording device, subverting his reality.
READ REVIEW
Next Previous 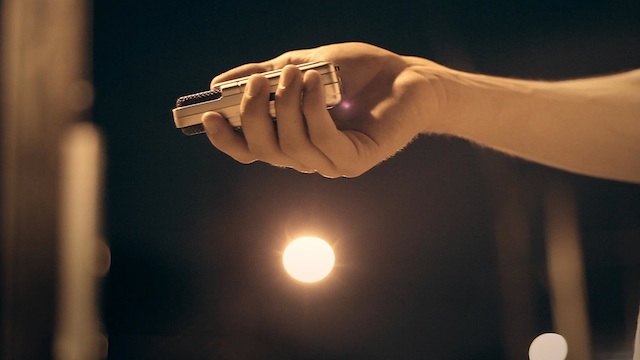 euphonia is not a short. In fact it premiered just last month as a feature at SXSW. But at 53 minutes it would never receive a traditional theatrical. So what is it? How about we just call it a film? A brilliant one at that.

I know our focus is on shorts, but Ornana made one of our favorite shorts of 2012, (notes) on biology. What’s the point of championing talent if we can’t support our alums? Especially when they release a film in a short film style—for free on Vimeo, with no P&A budget, with promotion entirely on social media and blogs.

And, make no mistake, euphonia deserves to be championed. A daring and experimental film, it represents a kind filmmaking that embraces risk, and that is part of our ethos. Experimental is not a code word here for boring or non-narrative, euphonia is an immensely immersive viewing experience with a pleasing arc. Shot DiY, it is engrossing visually, but the film is shaped sonically.

Our main character (played by Will Madden, the director’s brother) is a laid-back high school kid. He is cool, but somehow detached. He finds an outlet however when he purchases a Zoom H4 portable recorder. Suddenly his experience of the world is estranged in ways that are fascinating to him. He seeks out new sounds and new sequences, becoming alive to the world in a way jaded teens rarely seem to be. However he must combat the potentially deleterious effects of having his reality merge with what he hears in a microphone.

Fascinatingly, the audio device that is so central to the plot is the actual source of almost all the sound in the film. The film’s Vimeo page politely requests that you enjoy the film with “quality sound”, and it behooves you to follow that recommendation. The sound design and mix is stellar, and truly is an integral piece to the film’s storytelling, and a necessary window into the psychology of the character.

I heartily recommend that you find the time to enjoy euphonia, but allow me to close this review with a mini op/ed. In my review last week of Amateur, Ryan Koo’s new prequel short, I noted that the structure of the film might not play well to internet audiences. The internet as a medium differs from theatrical where you have a trapped audience viewing in an ideal environment. When we talk about this difference however, there tends to be a negative connotation attached—internet audiences are ADD multi-taskers so you can’t tell stories that unfold slowly, you can’t rely on nuance, because they aren’t paying attention closely enough. Some of this is true, and is part of the story of internet film. But euphonia is a positive flipside. Our media formats—30, 60, 90 second spots, 30min sitcoms, 60min dramas, 90 minute features—these are entirely arbitrary formats that have no relevance to the way we enjoy stories. They are the legacy of a media delivery machine that is losing relevancy every day. Make a good story. Tell it in the manner and the length that you need to make it the best story, whether that is 3 minutes or 53. The internet allows this, the internet doesn’t care. I fully expect someone will some day will pull a Bela Tarr and release a brilliant 7-hour film online, and we’ll praise them for it. euphonia is a great film that needn’t be ghettoized for an awkward length, it is the right length for its story. Watch it, enjoy it and please share.