After losing his job, a record-holding professional football player refuses to sacrifice his blindingly obsessive dreams of returning to the NFL in the face of his new, harsh realities.
READ REVIEW
Next Previous 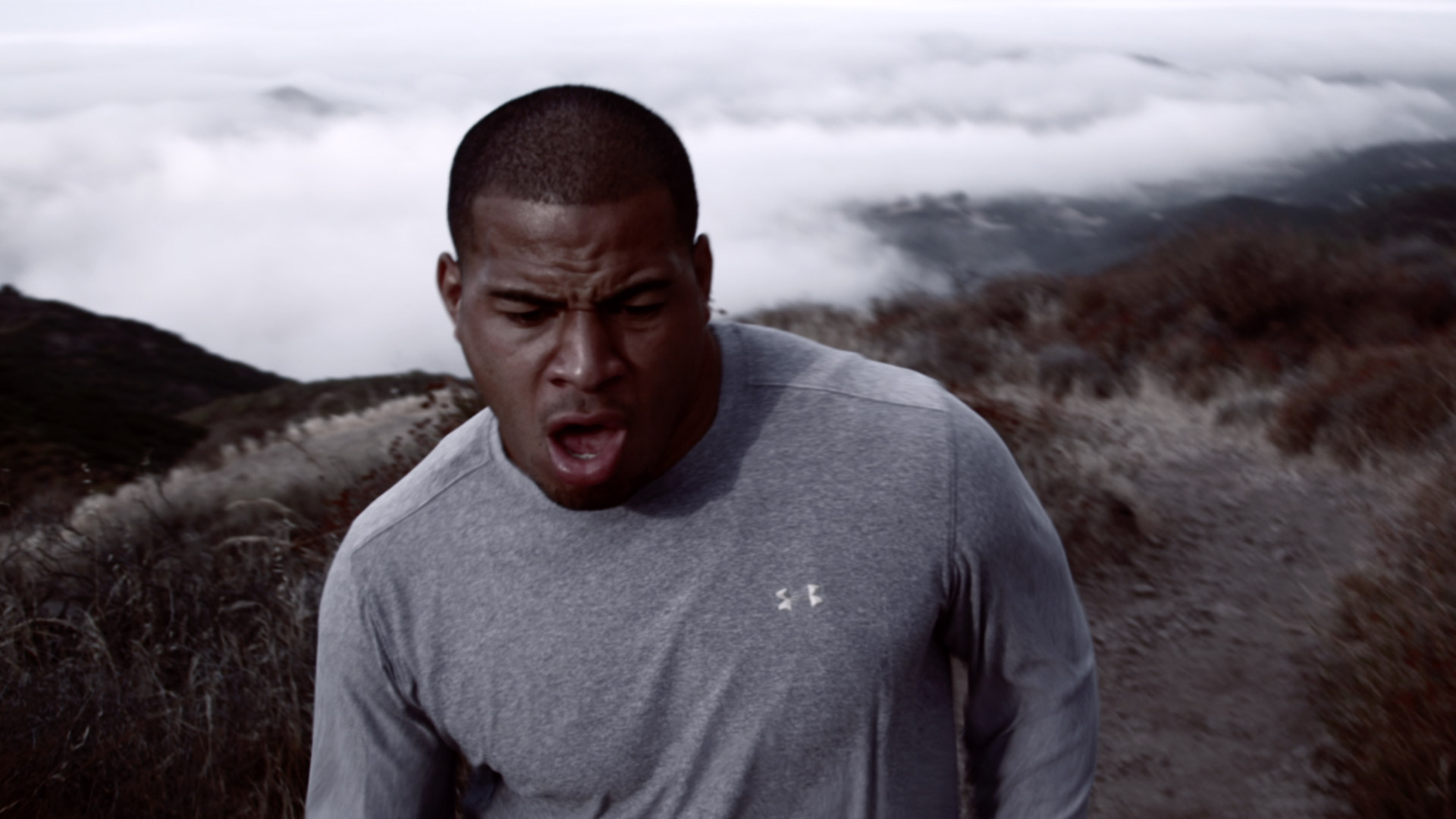 There’s a romantic notion in sports: if you work hard enough, if you want it bad enough, anything is possible. You hear the buzz words by commentators over and over again: “that kid’s got tenacity,” they’ll say. “He’s determined—he’s got the edge.” It’s a heavily entrenched trope in the film world too. The underdog story—the “Rocky” or the “Rudy. ” It’s a concept as American as apple pie and…well…football.

But, there’s a dark side to this idea as well. Not to bury the lead too much, but Lance Oppenheim’s documentary, The Off-Season, explores this aforementioned romantic notion, and in doing so, proves just how unromantic it actually is. What happens when tenacity and unbridled enthusiasm aren’t enough?

This film tells the story of Kahlil Bell—a pro football player who’s fallen on hard times. Once considered to be a rookie sensation, he’s now forced to face the harsh reality that he many not have “the stuff” to have a long career in the NFL. Throughout the course of the film, it’s clear that Kahlil is a remarkable individual and athlete. He also is more than a bit disillusioned, blinded by the bright lights of a big dream. Is his unstoppable drive inspiring? Or, is it somewhat sad? When exactly does perseverance become a negative attribute? When should someone just stop?

The film doesn’t necessarily answer these questions, but it does encourage the viewer to wrestle with them. This is more than just another inspirational story: it lifts you up just as much as it lets you down—an exhilarating tale with a dark, subliminal edge.

If director Oppenheim’s name sounds familiar, he has already been featured on this site with his emotionally poignant film, Quicksand. Now, as he prepares to enter college (yes, you read that right: Oppenheim can’t even drink legally yet), he has proved once again that quality filmmaking knows no age bounds. While The Off-Season occasionally relies too heavily on worn out imagery (I could have done without all the drowning and water symbolism), it’s undeniable how talented this young filmmaker is. The edit is ferocious and unyielding, utilizing match-cuts and archival footage in a virtuosic symphonic of color and sound.

Surprisingly, Oppenheim isn’t a professional football fan. But, Kahlil’s story proved too interesting not to tell. Via e-mail he writes, “A few days after my 18th birthday, I received a phone call from Jack Davis, the film’s eventual producer, that got my mind racing. Jack shared with me that the older, ‘star-athlete’ brother of one of his close friends was essentially living in an isolated world of suspended animation…what immediately struck me about Kahlil wasn’t his fall from Mount Olympus, but rather his inherent sense of eternal optimism. It then came clear to me that Kahlil wasn’t just another free agent in his ‘off-season,’ but rather was ostensibly the Willy Loman of the NFL, clinging onto the last vestiges of his dreams and stuck in a never-ending world of medias res.”

It’s an interesting dramatic parallel that Oppenheim captures expertly in the resulting film.  As Kahlil wades permanently in his “off season,” the viewer both roots for him, but also feels a tinge of despair. Arthur Miller couldn’t have penned it any better himself