A Chinese manicurist in Miami attempts to describe feelings she doesn't have the words for.
READ REVIEW
Next Previous 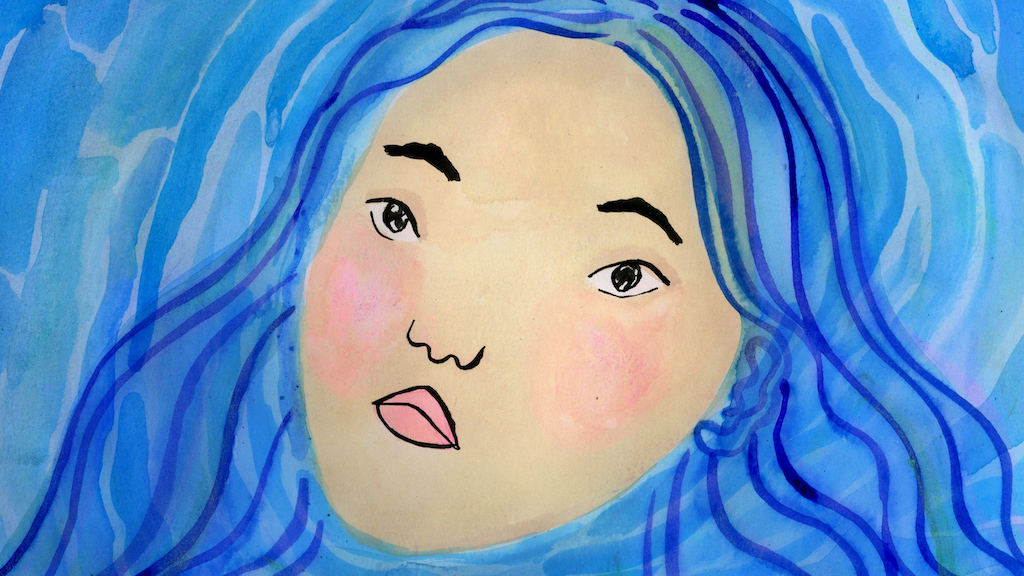 The hospitality industry is home to a huge portion of the world’s workforce, but the lives of these workers are often as unknown as the back rooms of the businesses they work in. What’s it like when they’re alone? When they no longer need to smile at customers? Alexa Lim Haas’ Agua Viva is a gentle, empathetic look into the inner world of one of these workers–a Chinese manicurist who works in a strip mall in Florida–as she struggles with self-image issues, loneliness, and finding the words to describe how she feels, in a language she doesn’t fully know.

Set almost entirely in a nail shop, the film accents the daily routines of a manicurist named Mei Mei with rich, watercolor textures and poignant details that are specific to one character but universally relevant. The end result feels like a living, breathing diorama of one woman’s life, as intimate as ASMR and as hypnotic as the jellyfish that floats around the nail salon’s fish tank.

The voiceover is filled with the kind of private lines that may as well have been ripped from a diary or a Twitter feed. “I have been really bad with my body lately,” says the manicurist, speaking for all of us who struggle to care for ourselves. When you think about it, it’s obvious–this idea that someone who makes a living from taking care of people might have difficulty taking care of themselves–but it’s the kind of brief, telling statement that reminds us that every iceberg hides its bottom half.

There may not be much of a plot here, but there doesn’t need to be; the colors and shapes of Haas’s animated world flicker and breathe like the neon sign we see the manicurist turn on at the beginning of the film. “Words are so solid but my thoughts are so fluid, so I use simple words that translate, that avoid miscommunication,” says Mei Mei. Though this is partially a film about someone who struggles to connect, there are a number of lines that express exactly how this manicurist character feels, and I love how the written (and recorded) dialogue reveals the language barrier of this character while avoiding anything that could be misconstrued as a stereotype.

Like the other films Haas and her fellow animator friends have made (GLOVE, YEARBOOK), it’s an exercise in understated profundity that focuses on a character who shares the kind of doubts that remind us that we’re human, and who asks the kind of existential questions that keep us up at night. Ultimately, it is as mesmerizing and enigmatic as the jellyfish that floats across the screen, temporarily stuck in a tank, but capable of floating through the ocean.

Agua Viva was a recipient of Borscht’s #NOBROZONE grant, a female-centric funding model that serves as an alternative to the “pitching to a panel of dudes” style of film funding.