The Mess He Made

In a mundane strip mall, a man awaits the potentially devastating results of a simple medical test. The next 15 minutes will be the longest of his life
READ REVIEW
Next Previous

The Mess He Made 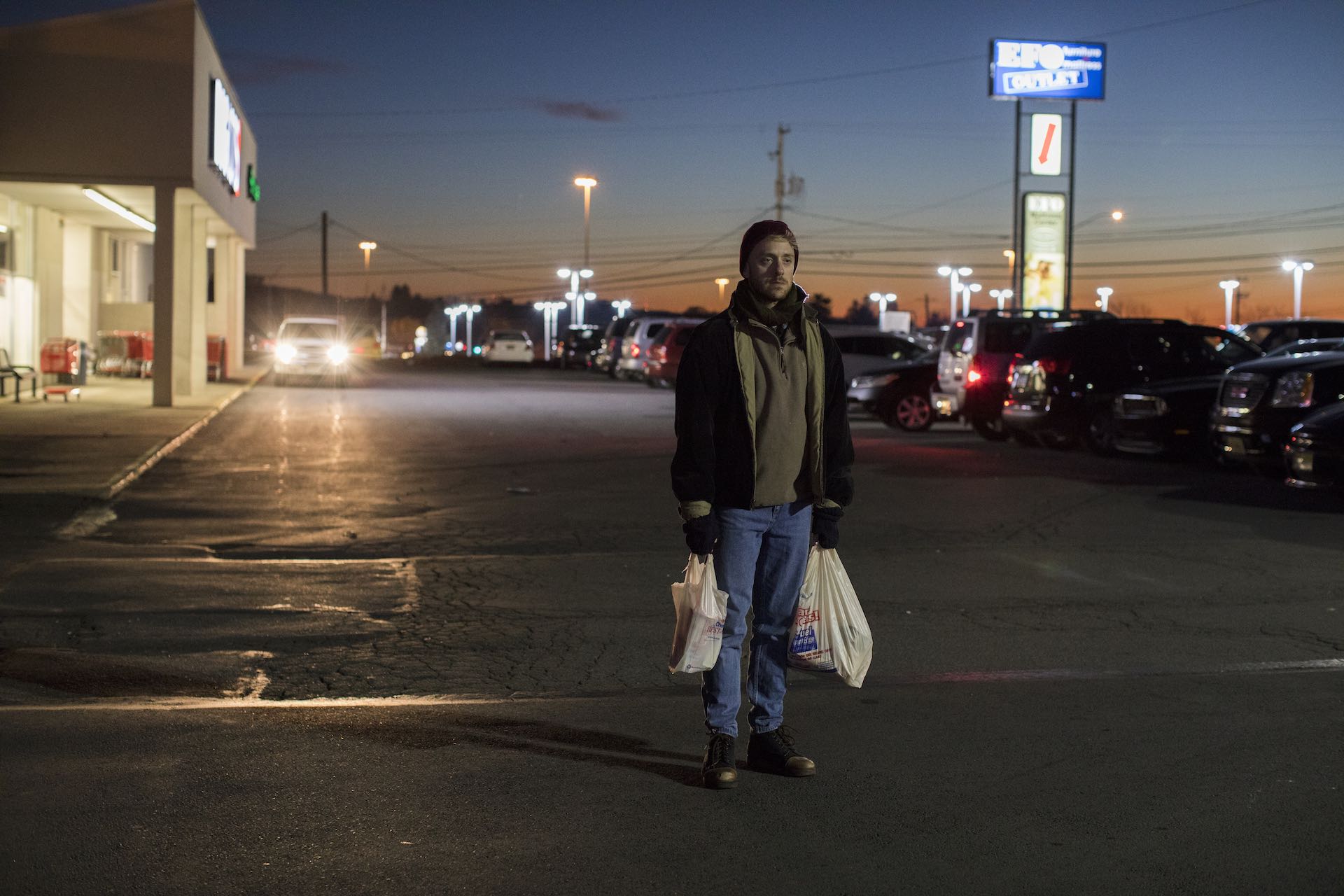 Simple in its construction, powerful in its execution, The Mess He Made is a poignant distillation of an all-to-common ritual of gay life, one that is very personal to its writer/director Matthew Puccini. With uncommon restraint, Puccini and lead actor Max Jenkins richly develop the mindscape of a man as he awaits life-altering news. The result is a film that, more so than any in our recent history of highlighted shorts, says little, but speaks volumes.

It’s a shame that to write about a film almost necessitates giving away its premise. While it is simple to grasp, Puccini doesn’t specifically explicate the circumstances of Jude, our main character, who begins the film in a clinic having his finger pricked for a sample of blood. The subtext is clear though from minor signals—the tension in Jude’s face, the forced nonchalance he enacts when asking to bum a cigarette, the phone call from a man who pleads “can we just talk?”. Jude is getting tested for HIV. He fucked up, and in the process may have just changed his life.

For Puccini, he wanted to tackle what is still a defining aspect of contemporary gay life. He notes that in 2017, despite a two decade promise of a vaccine for the disease, despite the widespread availability of PrEP, a drug that blocks the transmission of the HIV, that this ritual is still a common one. It is also personal, as he describes to us,  “A close friend and I both had HIV scares last summer. In supporting him through his, and dealing with my own, I realized that it’s something I haven’t seen portrayed accurately on screen before. It felt important to make something that reflected our experience, that showed the HIV screening process in a detailed, contemporary light.”  Puccini is well-equipped to depict the terror, the shame, of Jude’s circumstances, and the film aims to communicate that emotion.

Too many filmmakers try to accomplish what Puccini does here, but think that closeups of their characters staring into the distance can achieve this telepathic communication. While Jenkin’s plays Jude in a sort of somber stupor, Puccini’s script gets him out and doing things—buying cigarettes, taking that curt phone call, talking to a young girl (is she his daughter?). These acts fill in the gaps, and develop a surprisingly rich portrait of the character with minimal exposition. Puccini uses highly specific details and trusts audiences to fill in the gaps. Simple things like giving away his newly-bought cigarettes at the end of the film are pregnant with meaning—it demonstrates that he is not a current smoker, and thus highlights the stress he is experiencing in the moment that needed to smoke. Why does he currently not smoke? Was it a habit of younger more carefree days that he thought he put behind him? Is this HIV-scare the result of the kind of risky behavior that he thought he’d left behind too? Did he quit for his daughter, if that is in fact whom he is talking to on the phone?

It helps that Jenkin’s performance is stellar in its subtle expressiveness. One of my favorite performers from High Maintenance, he’s never had a dramatic role this rich, and he does wonders with it. As mentioned, he plays Jude as in a sort of daze. However within this muted palette, Jenkins finds enough to play with to communicate a wide range of feelings, using slight intonations, sharply drawn breaths, and slightly flicked eyebrows to perfectly guide the audience along the character’s emotional rollercoaster.

I am not an expert on contemporary queer cinema by any stretch, so perhaps it is a gross stereotype that my conception of it is marked by melodrama. Perhaps it is the community’s well-known embrace of camp that shapes this impression, but additionally the majority of LGBTQ shorts that come our way are maudlin coming-out stories or anti-bullying PSA’s. So it is surprising to me that two of the most nuanced, most keenly observant and subtly affecting emotional dramas of the past couple of years have both dealt with HIV among gay men. I refer of Austin filmmaker Yen Tan’s piece 1985, and now The Mess He Made. This kind of unspoken storytelling is some of the hardest to accomplish, and it speaks highly to Puccini’s potential that as a young filmmaker with only a pair of shorts to his credit that he pulls it off. His next move is to re-team with Jenkins on a short film this fall, but is also “knee-deep” in research for a feature screenplay that takes place during the Lavender Scare, when hundreds of gay men and women were fired or blackmailed into quitting their jobs in the US government.