A poignant film about the power of simple gestures in communicating acceptance and grace.
READ REVIEW
Next Previous 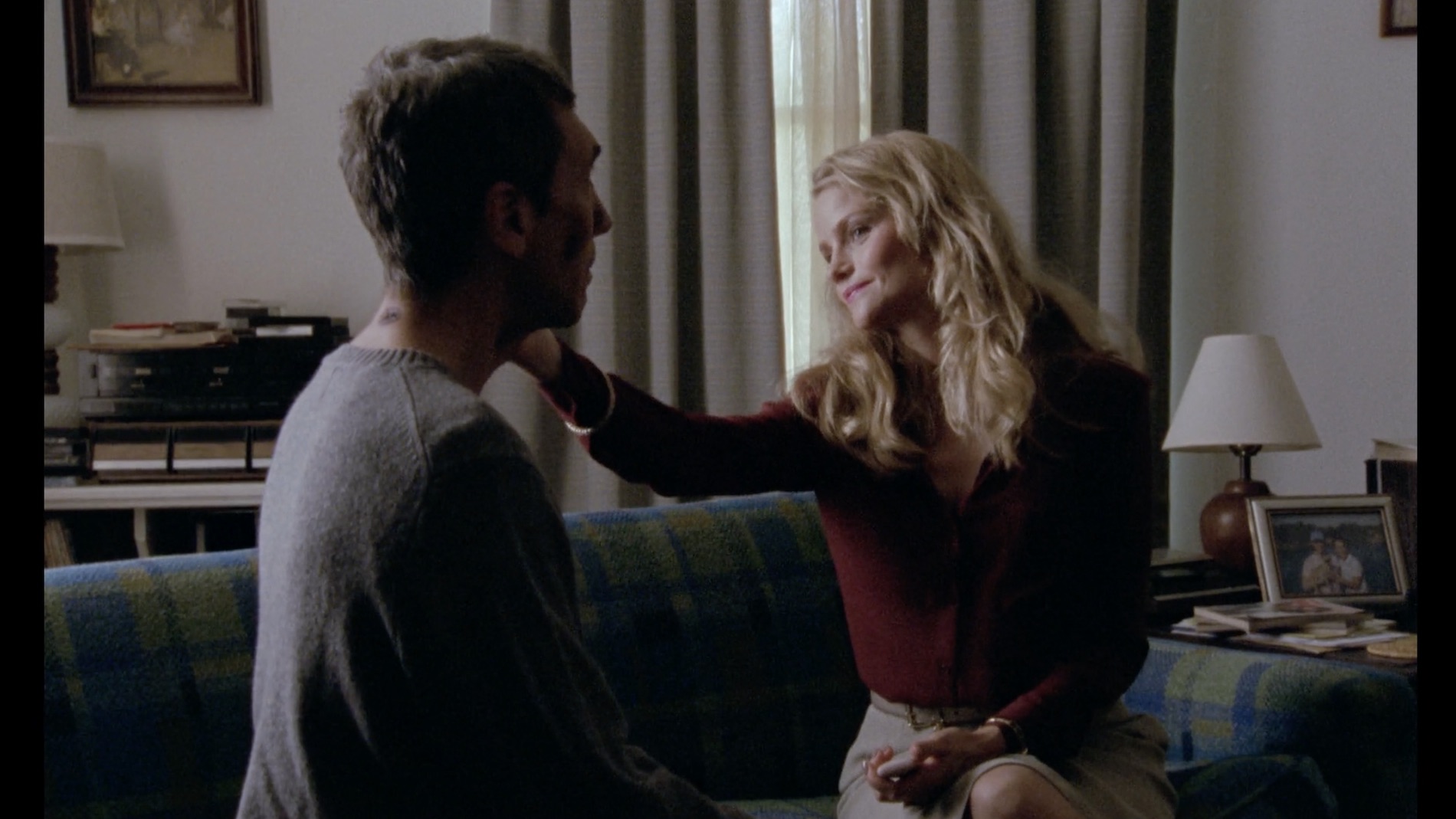 1985, the latest short for Texas-based filmmaker Yen Tan, is a film of subtle grace. Deliberate and concise, it nonetheless summons great power through a quiet affirmation of humanity and connection, of the simple blessings that are in all our power to bestow if we open our eyes, and open our hearts.

Unusual for a film that is largely character-driven, and for which the major moments occur in wordless exchanges between its two leads (the excellent Robert Sella & Lindsay Pulsipher), 1985 benefits from an audience coming in cold. If you have yet to watch the film I encourage you to pause your reading to do so, then come back.

Adrian is preparing to move in with his estranged mother. We follow his morning routine in what is a fairly conventional, even boring, setup, yet Tan includes simple signals that hint at the profound truth: the surreptitious glimpse of a lesion that marks the hand of Adrian as he wakes up, the slow push on a framed photo of two men that sits on the nightstand table, the copious medication bottles that litter his bathroom sink. His mom, on a voicemail, says, “At least Dad’s gone, you’ve got one less thing to worry about.” To an observant viewer, the picture comes into focus, but isn’t confirmed until the uncomfortable moment that Adrian, at a supermarket must show his face to the shocked and uncomfortable clerk nearly one third of the way into the film. The film’s title was the first clue, it is 1985, and in a guileless way Tan has set the scene—we’re in the middle of America’s AIDS crisis and Adrian is dying.

The origin of 1985’s main character is personal and poignant for Tan. In his first job out of college he worked for a “viatical” company, a firm that bought life insurance policies for a cash payment upfront. Tan heard innumerable stories from gay men at the time, most who only had a few more months to live. Being young and gay himself, with his whole life in front of him, Tan was deeply affected by these interactions, and credits the bravery of these men and the proactive steps they took to take control of the ends of their lives with giving him the confidence and commitment to pursue what he wanted in his own—to become a filmmaker. The story of “Adrian” in particular had a deep impact. The inspiration for 1985, Adrian had Kaposi sarcoma, and dared to head in to a department store’s beauty counter for makeup in order to cover up the lesions on his face. There, he was unspeakably moved by the consultant who walked him through his choices and taught him how to apply it. Remarkably, she was not even scared to touch his face.

Returning to this story from his youth is a way of coming full circle for Tan. The filmmaker broke through in 2013 when his feature film Pit Stop was programmed at Sundance 2013. Co-written with David Lowery (director of the upcoming Disney film Pete’s Dragon), the film was received well, but due to its emotive, poetic depictions of blue collar gay romance, the film lacked the melodrama or pyrotechnics to stand out and become a commercial success. Tan was at a turning point, doubting his place in the industry. It is something of a truism to note that while there are plenty of first Sundance features, there are usually very few second Sundance films at the festival.

Crediting his producing partners HutcH and Kelly Snowden with lifting him out of his funk and encouraging him to jump back into filmmaking with a short, Tan received a grant from Oak Cliff Film Festival, and 1985 took shape in his mind. Fortunately it does not seem that Tan’s filmmaking crisis caused a re-evaluation of his fundamental point of view, as the same qualities that have been celebrated in his previous work are present here: humanism, observation, empathy, contemplation. 1985 is a gay story about a much documented time period in gay culture, but it feels fresh because of how intimate and small-scale it is. Tan feels no desire to set up a bold epic that attempts at the totality of the gay experience through this period, he does not reach for universalism through grand romance or make a martyr of Adrian and his succumbing to AIDS. Instead 1985 is lean, clearly defined, and expertly shot and written. Rarely do we see a short so well delivered, where each line is included for a reason, each shot is pregnant with meaning. The film is modest, yet masterful. Don’t ever change Yen Tan.

You can follow up with Tan and learn more about his future projects at his website. He is currently aiming to go into production this year for All That We Love a comedy drama that has received support from IFP, Film Independent, Austin Film Society, and Sundance Institute, and is also developing a feature version of 1985.