Brand new From Danny Madden (Notes on Biology, Confusion Through Sand). Bored at a sleepover, Mae unleashes her imagination with doodles. But when the doodles come to life, she's got a knock down drag out fight on her hands!
READ REVIEW
Next Previous 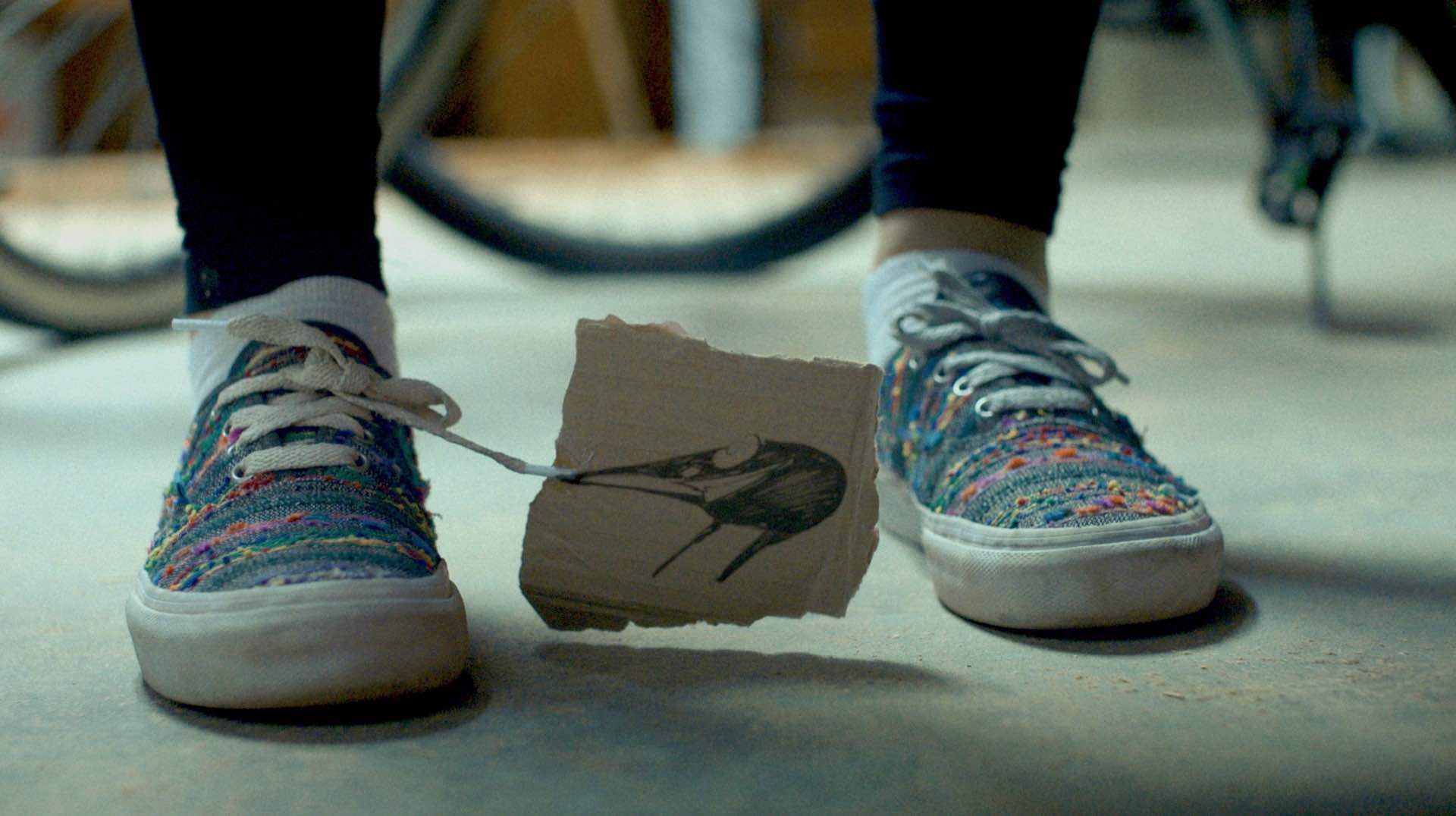 Long recognized as a unique animation talent, Danny Madden’s latest short, Frolic n’ Mae, expands both his field of potential, and our impression of him as a filmmaker. A feel-good adventure film, Madden leverages his intuitive and virtuosic feel for motion in the arena of hand-drawn animation, and combines it with live-action cinematography. The result is a highly imaginative and kinetic romp that pulls off the trifecta for family-friendly media: it’s sweet, exciting, and imparts a strong moral lesson at the end.

Spending the night at a sleepover, Mae, a young preteen girl, is dismayed by the amount of attention her friends are paying to digital devices. Feeling sad and isolated, Mae retreats to her imagination, and when she turns some cardboard into a little monster—Frolic—Frolic turns everything into mayhem.

While the plot takes a bit of time to be set in motion, once the action kicks in, the film hits an exhilarating gear. I’ve long hypothesized that animators make the best action directors, my logic being that they are used to pre-conceiving every element of the shot and its edit, and thus rely very little on the sub-par strategy of simply grabbing a ton of coverage for sequences and figuring it out later. Madden bolsters my thinking here, as the action sequences in Frolic n’ Mae are splendid, showing off imaginative choreography, but also great technical execution. The centerpiece of the film, an extended duel between Mae and the forces of Frolic in a garage, is the best I’ve seen in a short film in recent memory. It is fast, showcasing constant motion and a plethora of clever POV shots, but is still presented in a way that is true to a natural sense of causal effect, as well as preserving the audience’s understanding of the geography of the space.

The film was made possible in part by Screencraft and Bondit, as it was the scriptwriting website’s short film grant winner for Spring 2016. In addition Madden supplemented the budget by running a successful Kickstarter campaign. The result is a production that ended up being noticeably bigger than any of Madden’s previous lean and mean projects, with often over 20 people on set at a time. You can see some of what that looked like in this well-produced BTS short.

While the film represents sizable growth from Madden, it is not a complete surprise. Under his production banner Ornana, he’s been featured 3 previous times on this site, and a piece like his war-time animation, Confusion Through Sand, displays strong directorial instincts with terrific grasp of motion and rhythm. Yet you are always a bit delighted to see an artist breakthrough in a new medium, and we hadn’t seen these sensibilities married to Madden’s live-action work before. Bringing animation into the real-world not only ended up being a fun premise, it was a clever way to present Madden’s existing strengths within this project. However the results are in, and there is no doubt now that Madden could thrive in exclusively live-action directing should he so desire.

We hope he doesn’t however. At least not exclusively! The marriage of sensibilities in Frolic n’ Mae is spot on, and feels like fertile ground to explore even more. No matter what direction he takes moving forward however, we hope that the sort of ebullience on display in Frolic n’ Mae follows him. Oh, and we hope that he takes it a bit easy on his anti-technology message too! One of the only people we know who still prefers to carry a dumbphone, Madden has attacked media addiction in All your Favorite Shows, and now device addiction in this short. As a content outfit showcasing work most often consumed on portable devices, are we Madden’s enemy!?