Pockets are pretty convenient, but can be dangerous when the wrong hands are in them.
READ REVIEW
Next Previous 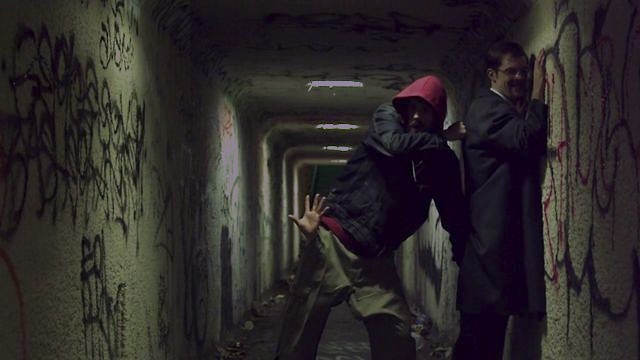 Comedy about Crime in Special FX
Directed By DANIELS
Produced By Prettybird US
& C4: Random Acts
Made In USA

Robbing a magician is always going to be dangerous.

A homeless bum, bored of eating the same food every night, promises his girlfriend a special dinner. He plans to take her out with money robbed from a passing stranger.

But the bum’s in for a surprise when the man he targets for his mugging turns out to have special – and hilarious – powers.

It’s been a year since we last shared a film from DANIELS, a duo of film-makers both called Daniel. Their slapstick style is popular with Vimeo viewers, and has earned the pair a loyal following.

Short enough to go viral, Pockets has been well received on Twitter, with Tweeted reviews including “Simple yet creative“, “A damn cool idea” and “this probably should have been in The Matrix“. (I agree, I could see this as a Matrix sequence).

As well as being shared on Vimeo, Pockets is part of Random Acts, a growing collection of nearly 200 short creative films collected and commissioned by the British TV station Channel 4.

The last time we featured a DANIELS video, the only person to comment (ironically, named Daniel) was “not too keen”. Tell us what you make of this offering in the comments.