The SXSW-featured followup from the team behind "Notes on Biology and "Euphonia". A nineteen year old finds himself alone in a hostile desert, scared as hell, and trained to react.
READ REVIEW
Next Previous 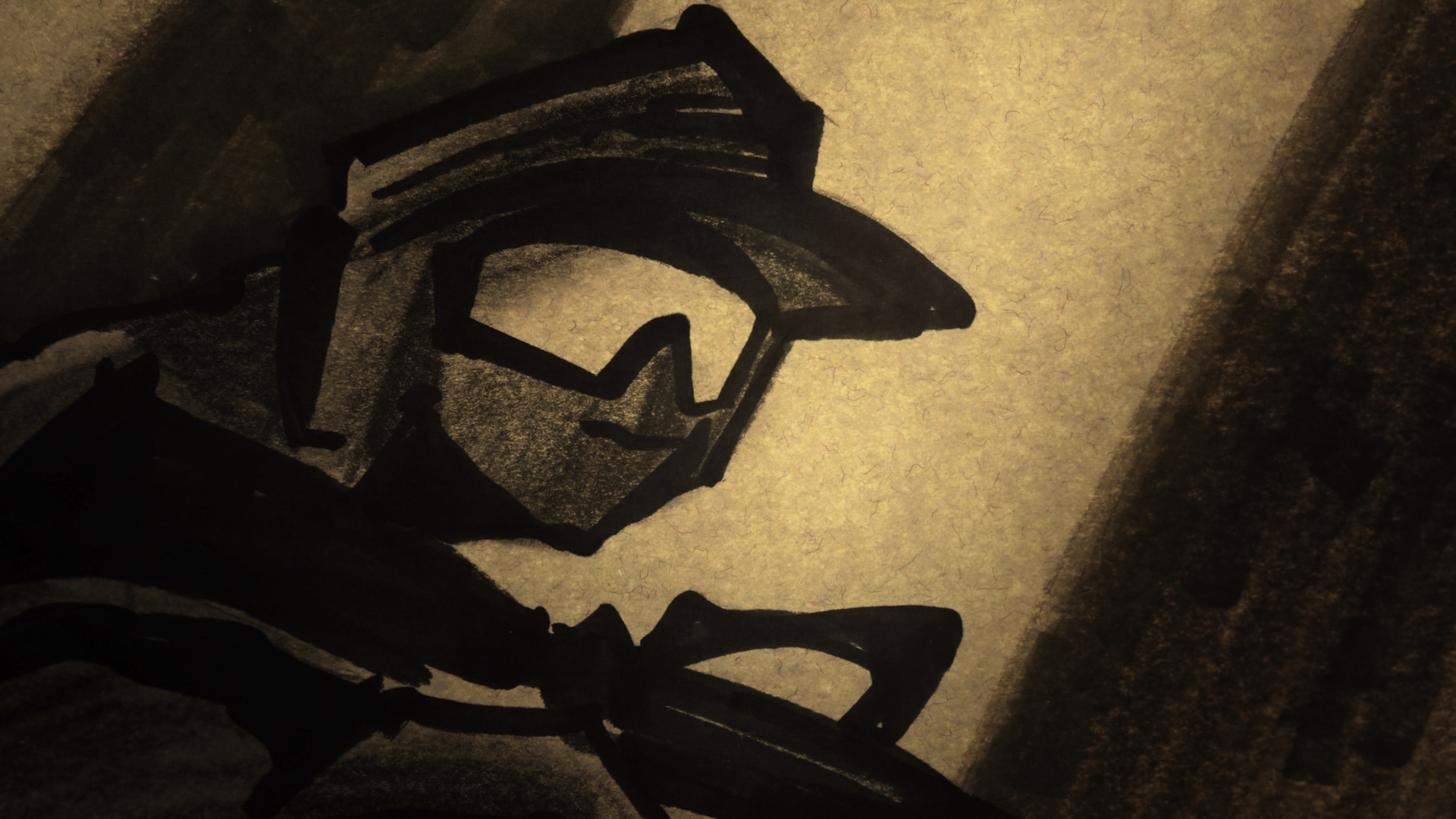 The phrase “war is hell” is a well-worn truism at this point, but exceptional war films are still able to make you feel the sentiment in a way that familiarity of the words find difficult to convey. Confusion Through Sand, via it’s freeform animation-style, dynamic virtual cinematography, and superb soundscape, put you into the action in a visceral way, creating a remarkably affecting viewing experience.

A selection at SXSW, Hiroshima and winner at New York’s Animation Block Party, the film debuts online today after last night’s PBS television debut. Depicting the chaos of the battlefield, especially what has been a uniquely urban war, the film recreates the chaos, doubt and fear of being a lone soldier under fire.

Drawn by Danny Madden, the film expands on the fluid, morphing style he first showed us in the viral hit (Notes on) Biology. The film, drawn entirely on recycled paper, immediately has an aesthetic all its own due to the coloring and imperfections of material. Not merely environmental conscientiousness, the paper is uniquely suited to conveying the colorscape of the recent American wars, and helps depict the swirling dust that shrouds the action.

That action itself is remarkable, with long tracking shocks and swooping movements that would be incredibly difficult to achieve in a different medium. Even in animation, Madden and the Ornana team shot a lot of handheld reference video for use as an animation aid in order to achieve these perspectival shifts, something that’s detailed in this cool making-of video.

A huge contributor to this feeling of envelopment that the film wraps viewers into is the sound work on the film. Rare for a film of this production scale the film’s soundscape was developed at Skywalker Sound, the famous studio founded by George Lucas for his film projects. The quality of this work, the whistling of bullets, the thunks of contact cannot be over-emphasized in the film’s world-creation and continue a preoccupation that Ornana has long had with sound—an interest most clearly demonstrated in their medium-film masterpiece Euphonia.

Now, with the launch of Confusion Through Sound online, our interest turns ever forward to what we can expect from the talented outfit of Madden and producers, Jim Cummings and Ben Wiessner. Their fluidity between animation and live-action will continue with A Different Kind of Movement, an as of yet, mysterious film project that will be hitting festivals in 2015. Look forward to it, as Ornana has put together a remarkable 3-year track record now, so this immediately zooms to the top of our most-anticipated of the year list.