A young pyromaniac bear misses his mother in this Sundance and Ottawa favorite.
READ REVIEW
Next Previous 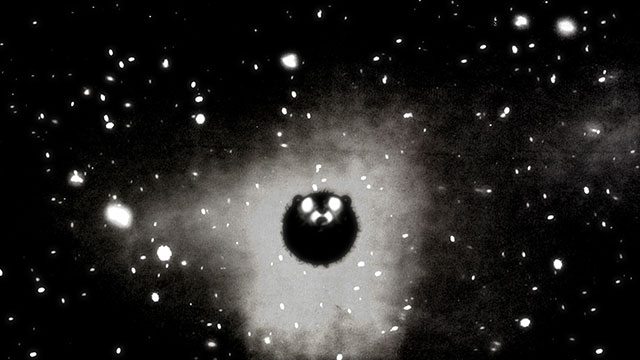 Drama about Losing It in Animation
Directed By Stephen Irwin
Produced By Small Time Inc.
Made In UK

Great films make you think, make you feel, and show incredible craftsmanship. Stephen Irwin’s Moxie hits on all of these telling the story of a destructive, drug-fueled, mentally disturbed bear who did a “bad thing” and spends a week coping with the death of his mother. Stephen’s common theme of a corrupted innocence appears again as the young bear struggles with heavy issues beyond his control —a tragic seed cultivated by a lonely world.

We first featured Stephen with his short The Black Dog’s Progress which earned a spot on our year end favorites in 2009 and have been fans of his work since his short Dialog (2005). Moxie shows an evolution in Stephen’s distinctive black and white style by experimenting with film footage to provide a layer of depth. It’s a tricky technique to seamlessly blend live footage with flat, cartoon-inspired animation but can produce amazing results when done well as it has in Don Hertzfeldt’s Everything Will Be OK and Joseph Pierce‘s upcoming The Pub.

Stephen has been in the animation game for awhile, and Moxie feels like a culmination of many things. It has the epic feeling of an opus (like David OReilly’s The External World) complete with an operatic score and grand statements like “It’s very had to live nowadays.” Moxie has spent the past year at over 80 of the biggest festivals (Sundance, Ottawa, Annecy). The only challenge with such a grand film is how to follow it.