Everything Will Be OK

Heavy topics in simple line-drawings—experience the dark and funny story of Bill's spiraling bout of mental illness by the great Don Hertzfeldt.
READ REVIEW
Next Previous

Everything Will Be OK 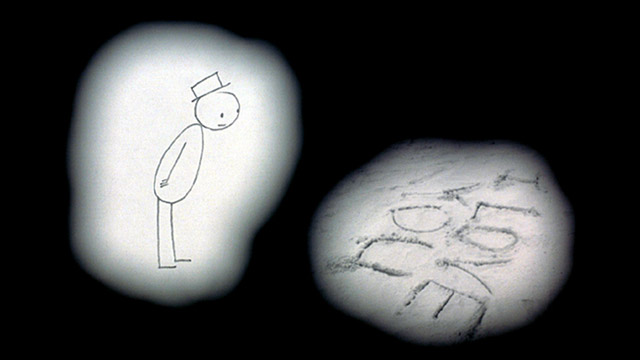 In surprising fashion, self-proclaimed Luddite, Don Hertzfeldt, has released one of his latest masterpieces, Everything Will Be OK, on YouTube in full glory. The short was made in 2006 and won the Sundance Jury Award for Best Short the following year.

Everything Will Be OK marks a welcome shift in tone for Don. Rather than the theatrical comedy that worked well in his earlier works, he attempts a story with a larger narrative. The story presents a collection of moments in the life of a character named Bill from Don’s college webcomic “Temporary Anesthetics”. Bill’s narrated life takes us through a variety of moments as he experiences a serious mental breakdown (caused, in part, by prescription drug side effects). His seemingly harmless obsessions over the mundane turn into depression, then a barrage of sensory input, then hallucinations, and finally a blissful acceptance. Even with a heavy topic, Don manages to find small comedic moments that keep us laughing through even the darkest moments.

The animation in Everything Will Be OK builds on Don’s classic minimal line-drawn style with experimental framing techniques, photography and lighting effects all done in-camera. Don’s often been called innovative—which may seem like an oxymoron for someone who doesn’t touch a computer while making a film—but it’s because of his willingness to experiment and invent new techniques for imagery and audio.

Everything Will Be OK is easily Don’s best work since his Oscar-nominated Rejected (2000). It’s screened at dozens of big festivals and took home the top short film prize at Sundance—rare for an animation. Don is clearly a gifted storyteller, and if you’ve ever watched one of Don’s films at a theater screening, it’s easy to see why. His comedic timing and awkward silences play wonderfully for a large captive audience. Online however, (I hate to admit) his films lose some of that punch. And whereas there’s a fun irony in seeing simple line-drawings on a big expensive movie screen in front of thousands, the aesthetic gets lost among the thousands of hand-scrawled flipbooks and anime wannabes out there on YouTube.

Everything Will Be OK has become part 1 of an ongoing series of the same name. Part 2, I’m so proud of you was released in 2008, and Part 3 is expected sometime this year.

And finally, a prize for those who made it to the end of this review… Don is giving away a free DVD of Everything Will Be OK in celebration of the film’s 5-year anniversary. Yes. FREE! Just visit the Bitter Films store and type in the promotion code: EVERYTHINGWILLBEOK.