Have you ever found it impossible to say something, face to face, to someone you know, someone you love? The words just won’t come out? New messaging service, SOMEBODY, could help.
READ REVIEW
Next Previous 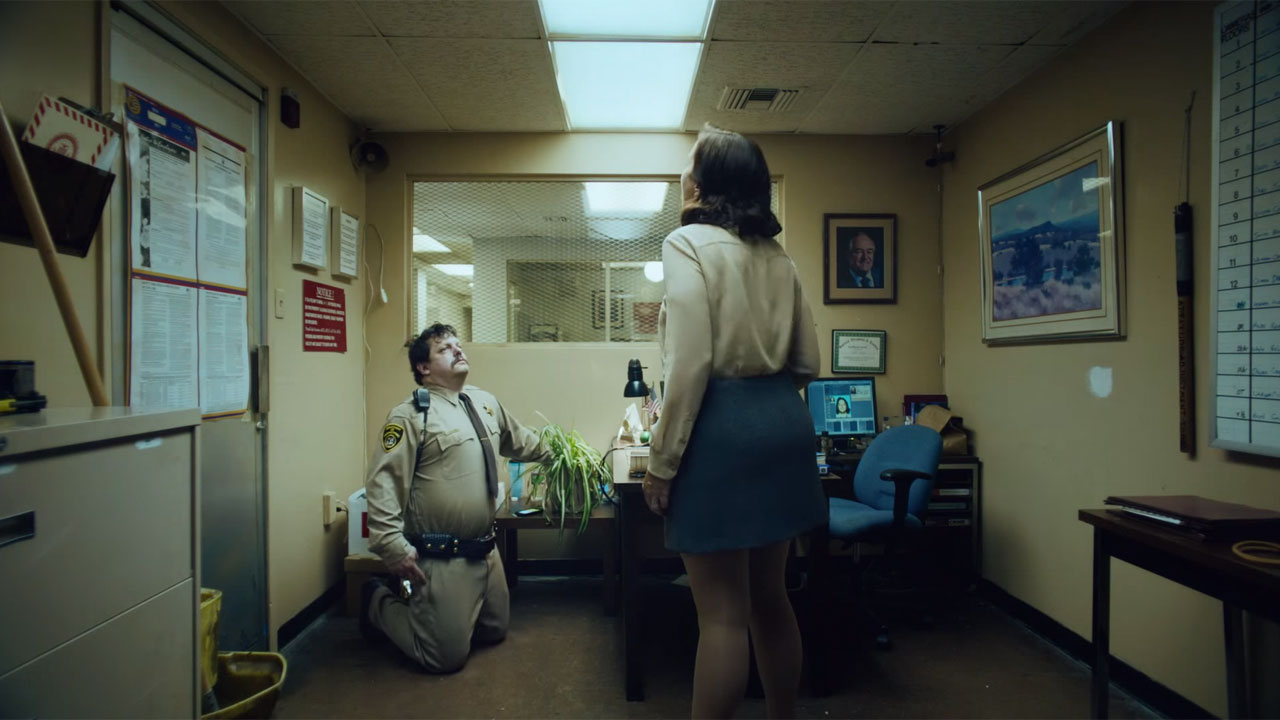 Social media was supposed to kind of bring us closer together. But, we know it just made it easier for us to stay isolated. Miranda July could fix that. She could fix that with Somebody, her new app that does what social media was supposed to do, by giving people an opportunity to actually be face to face with each other. And for the promotion of this unusual new messaging service, Miranda July created a remarkable short film.

If it’s mind-blowing, then, yes, I’m not against a product being promoted through a short or a commercial. Why not? In fact, I wasn’t ashamed to share the bejesus out of a recent Kmart commercial. Yes, a writer for Short of the Week basically just recommended a Kmart commercial. But, you know what? Good is good. And, while we are at it, this Luvs commercial is amazing too. Yes, these pieces are commercials but they have some really clever writing.

With Somebody, July delivers a long-form commercial that not only creatively showcases her new app, but is, on its own, just flat out enchanting.  While using her app, do I now want to go up to strangers to deliver wacky messages? Of course I do! An app that promotes this real human experience is already fantastic. It could sell itself. Yet, Miranda doesn’t take the typical directorial approach to promoting a product. Nope, she creates characters with eccentric and entertaining interactions to perfectly illustrate the charm of her new app. Does her short promote her product? Sure—but who cares?

Her short is packed with perfect production choices, every element of filmmaking deliberately stylized to maintain such an original mood. Everything works—even when things shouldn’t. For example, hard lighting with hard shadows, which could be an embarrassing no-no for typical professional shoots, look amazing when Miranda has her hands in it. Then there are her casting decisions. The actors are, honestly, rather atypical looking. They are far from your standard camera-friendly faces. Yet, they are oddly beautiful faces. And then, even with all this production and all this style, the actors, the writing, and the scenes still remain feeling familiar and accessible.

Miranda July recognizes the impact of an effectively written piece. So, with her strong artistic direction, she masterfully uses this format to deliver a short that could stand on its own irrelevant of its goal of being a promotion. It’s not often that a short makes me want to get up and talk to strangers and friends alike. And for this, Miranda’s short nails it.