A woman summons a professional cuddler to her apartment on Christmas Eve in hopes of alleviating her loneliness.
READ REVIEW
Next Previous 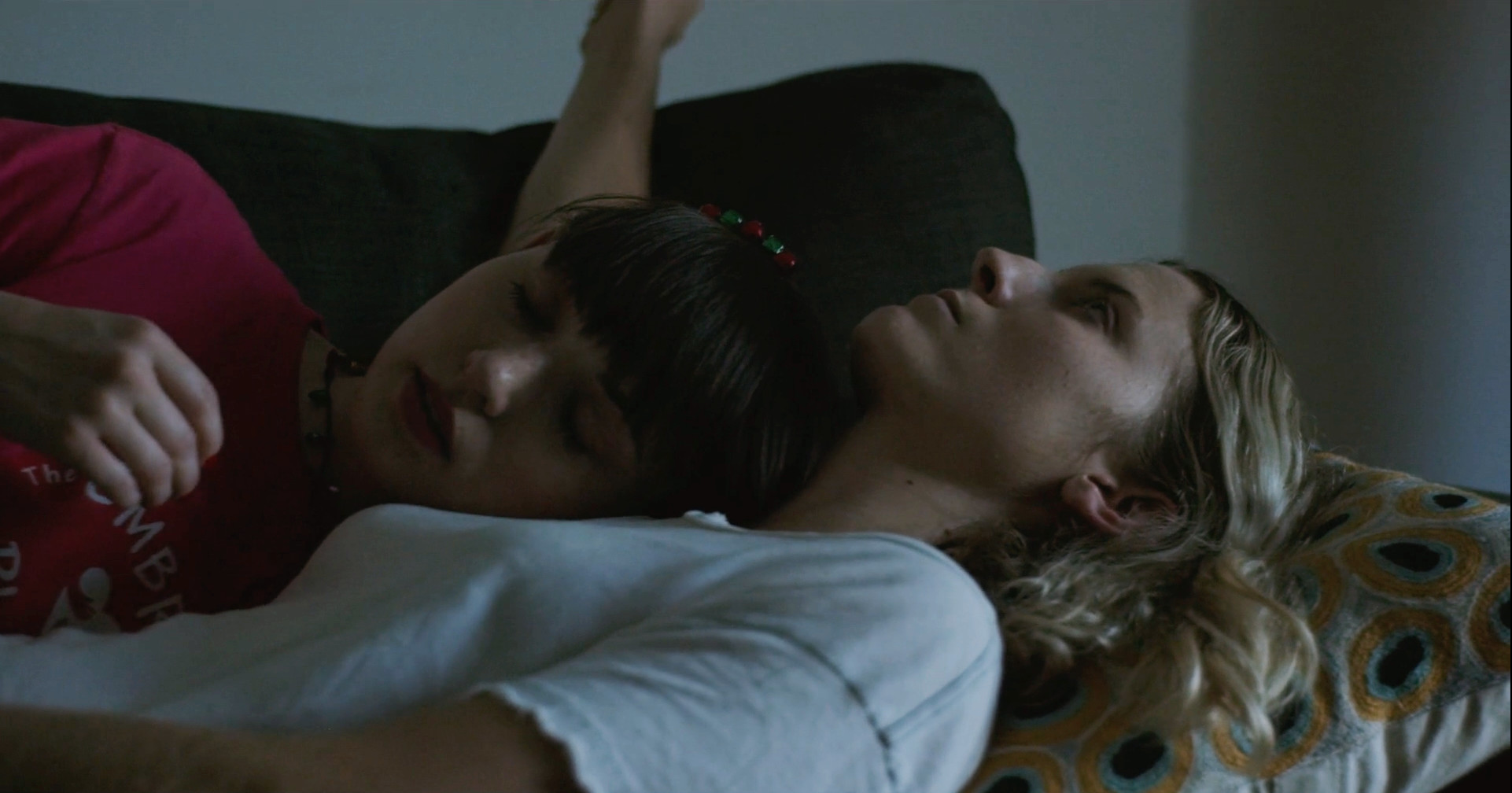 Despite how connected people feel in the age of social media, a black hole of loneliness has emerged in its wake. Between the likes, comments, and short lived high they inspire, users are still just one person sitting behind a computer or holding a phone – utterly alone in their physical world. With the internet currently flooded with films about such isolation, Max Barbakow’s Cuddle Buddy is a refreshingly different kind of film, one that highlights the importance of real-life human connection – without scorn. How the film attempts to shed light on how people try to alleviate their need for physical interaction in today’s tech-obsessed world, makes it surprisingly relatable and darkly humorous.

Following two women who wrestle with one another over obtaining and giving physical intimacy, Cuddle Buddy explores the new phenomenon of professional cuddling. In Barbakow’s vision, cuddle buddies – professional therapy cuddlers – are just a click away and Regina summons one to her house on Christmas Eve, no less. But little does she know that her own misgivings, about the need to engage in platonic physical contact with a stranger, will open her cuddle buddy up to just as many of her own vulnerabilities as she so harshly let’s onto.

Barbakow effortlessly makes his audience feel like voyeurs catching a glimpse of something they shouldn’t be watching as both women reveal their insecurities by default of a cuddle session gone awry. In this way, it’s easy to make a deep connection with Barbakow’s characters because he makes it easy for us to relate to the need to help and the need to seek it. Cuddle Buddy is a film about healing and acceptance in which Barbakow subtly celebrates the people who are brave enough to join in.

But just how real is a world filled with professional cuddlers? Apparently, it’s a lot more common than you may think. “Diana Irvine (Regina), who co-wrote the film with Isabel Shill (Clara), had been prowling Craigslist Personal Ads for creative fuel and was surprised with the numerous appeals for “platonic massage” or “someone to cuddle with,” Barbakow tells us.

As they looked into websites facilitating such encounters, they realized how frightening the concept of vulnerability must be in a world where private moments are hackable and self-identity is curated online. Cuddle Buddy was thus born from their curiosity as they explored the interplay between the ideas of connection and alienation. The emotional response of humiliation from seeking help was a byproduct of that investigation and one that they smartly exploited. Perhaps that’s why the film’s premise is set during a holiday that notoriously inspires the most depression from the public.

Barbakow is currently in the process of packaging his first narrative feature: a gritty, lyrical coming-of-age story set in Detroit. Irvine (Regina) recently co-starred in a feature called the The Boy Downstairs, which premiered at the Tribeca Film Festival this year. Shill (Clara) is gearing up for another collaboration with Barbakow to film another two-hander short this summer, which she wrote and will star in.