The last couple of years have been a difficult transitional period for festivals all over the world, but one festival who really seemed to adapt well and embrace the positives of the online environment they were forced into was the UK’s leading short film festival, Encounters. With their last “physical” edition back in 2019, the Bristol-based gathering returns to in-person events this year and however well they’ve adapted over the last couple of editions, the team must be truly excited by the prospect of filling cinema screens at their Watershed venue once again. For those lucky enough to be on-site, the programme is packed with short film screenings, industry panels and interactive experiences, but if you can’t make it, don’t fret, the festival has made the welcome decision to carry on with online access, as the films in competition will be available to watch on their site (at a cost).

As is now custom on Short of the Week, whenever one of the big, familiar festivals is on the horizon, we like to take a deep dive into the programme and highlight all the films from S/W alums that we’ll be excited about seeing at the event. So with Encounters 2022 just one week away (it starts on Tuesday 27th Sept), here are the 10 shorts you must see at this year’s festival:

Synopsis: When a soul-shaking viral video shudders through town, a jobless father struggles to keep hold of his existence.

Why to Watch: With his previous film impressing the S/W team with its strange comedic tone and complex narrative, Andrew Stephen Lee’s latest short has already played Locarno and been picked up by distributors Square Eyes.

Synopsis: Attempting a backflip is not safe. You can break your neck, or land on your head, or land badly on your wrists. None of that is nice, so my avatar does the trick.

Why to Watch: A firm favorite of the festival circuit, winning awards at Encounters and Ottawa back in 2017, Nikita Diakur won a lot of fans for his experimental approach and promises more flipping fun with another original short.

Screening: Are You Alright?

Synopsis: After ten years apart, a Scottish filmmaker tries to reconnect with her closest cousin. Once so similar, their paths were separated by war. As they piece together memories of Syria, they begin to wonder – ‘What happened to our family?’

Why to Watch: Scooping the Generation 14plus – Best Short Film award at the Berlin International Film Festival this year, Laura Wadha’s latest film Born in Damascus returns to her personal connection with Syria as she reconnects with her cousin.

Screening: Stories of a Present Past

Synopsis: A struggling cafe owner’s seemingly mundane life takes a dramatic turn when a mysterious, elderly stranger stops by for tea and cake.

Why to Watch: Having blended horror with social realism in his previous S/W pick Hungry Joe, which we applauded for its overt approach, Paul Holbrook injects a little more mystery and intrigue into his latest short Old Windows. 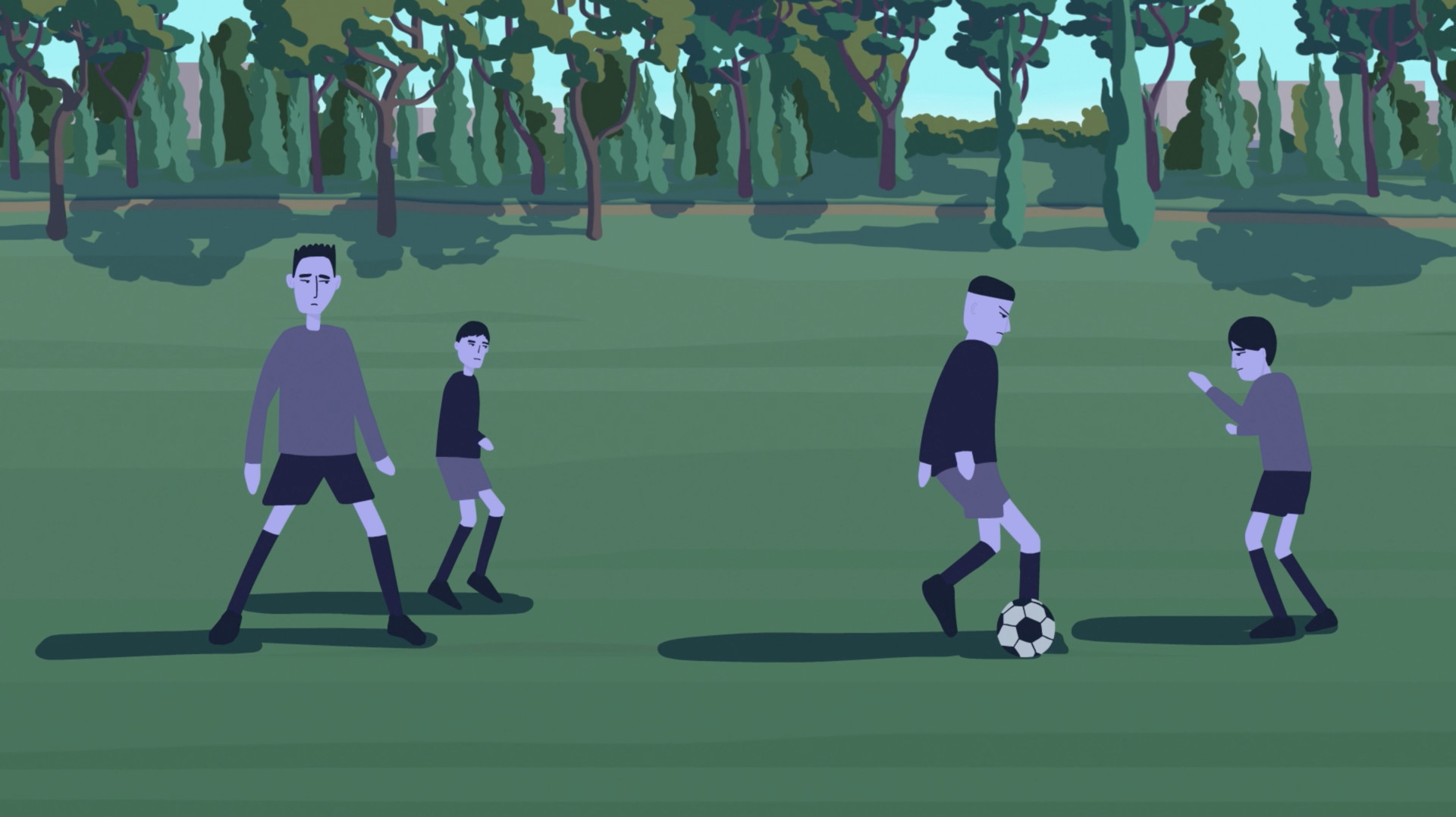 Synopsis: Plural noun: rules; noun: Rules one of a set of explicit or understood regulations or principles governing conduct within a particular activity or sphere. “The rules of the game were understood.”

Why to Watch: Friend of the site, Festival Director at Glas, talented filmmaker…Jeanette Jeanenne know a thing or two about animation and is constantly looking to push boundaries with her work and Rules is another impressive piece.

Screening: Laughing My Shorts Off 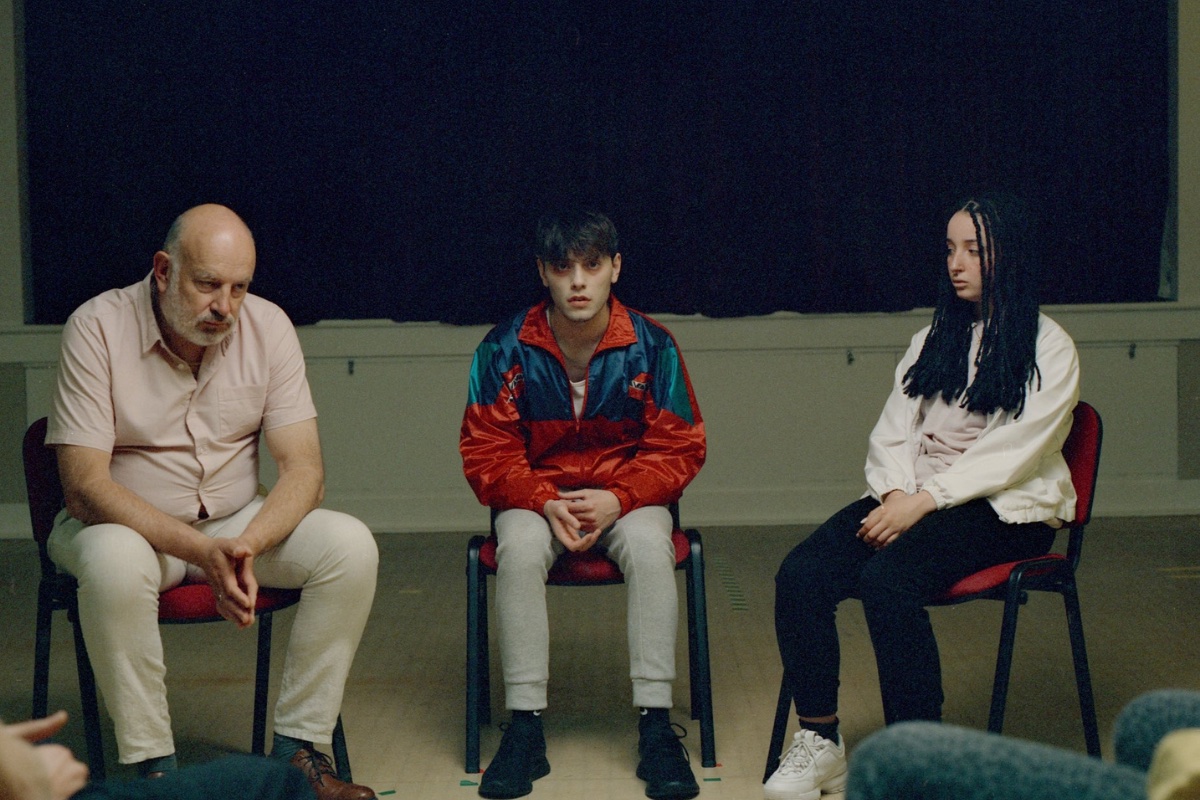 Seagull by Dean Puckett (THE SERMON)

Synopsis: Seagull is a recovering drug addict who is about to have a very strange night

Why to Watch: Dealing with themes of sexuality, faith, and oppression in his folk horror short The Sermon, Dean Puckett returns to the world of genre filmmaking in this tale of a drug addict with a dark secret.

Synopsis: A father and his son are losing the folk race. In order to win, the boy turns himself into a car tire. Loosely inspired by the director’s childhood, Sierra pulls us into the surreal car racing world.

Why to Watch: A regular on the festival circuit and here on S/W, Joon returns with his distinct brand of animation and strange storytelling in this semi-autobiographical story brimming with humor.

Synopsis: The steak has been marinating for a few days now. The pan is heated. Franc’s stomach is rumbling. But Liza’s co-workers surprise her with a birthday party. Will she be home on time?

Why to Watch: Another festival favorite, Špela Čadež’s Nighthawk wowed audiences worldwide on the festival circuit back in 2016/17 and with awards already won at Anima, Annecy, Clermont-Ferrand, Locarno, Ottawa and Zagreb, Steakhouse looks to cement her reputation as one of the most exciting animators around.

Synopsis: Haunted by a little thing, a man gets driven to the edge

Why to Watch: It seems fitting that the synopsis for Thing includes the term ‘haunted by a little thing’, as both of Malte Stein’s short films (that I’ve seen) have crawled into my headspace and refused to leave. Unsettling in both story and style, his work manages to be both other-worldy, yet somehow relatable.

Synopsis: The itinerary of a woman and a man forced to leave their native countryside questions the capitalist and liberal economic development of Latin America and its consequences on humans beings, through the environmental and societal changes it generates.

Why to Watch: Commended by the S/W team for challenging traditional linear narratives when we featured his film Lupus back in 2019, Carlos Gómez Salamanca’s latest short once again showcases the director’s ambitious storytelling and striking aesthetic.

Screening: Hiding From the Sun