The 2017 Grand Prize Winner at Ottawa, a formally groundbreaking animated short. An ugly cat struggles to coexist in a fragmented and broken world, eventually finding a soulmate in a mystical chief.
READ REVIEW
Next Previous 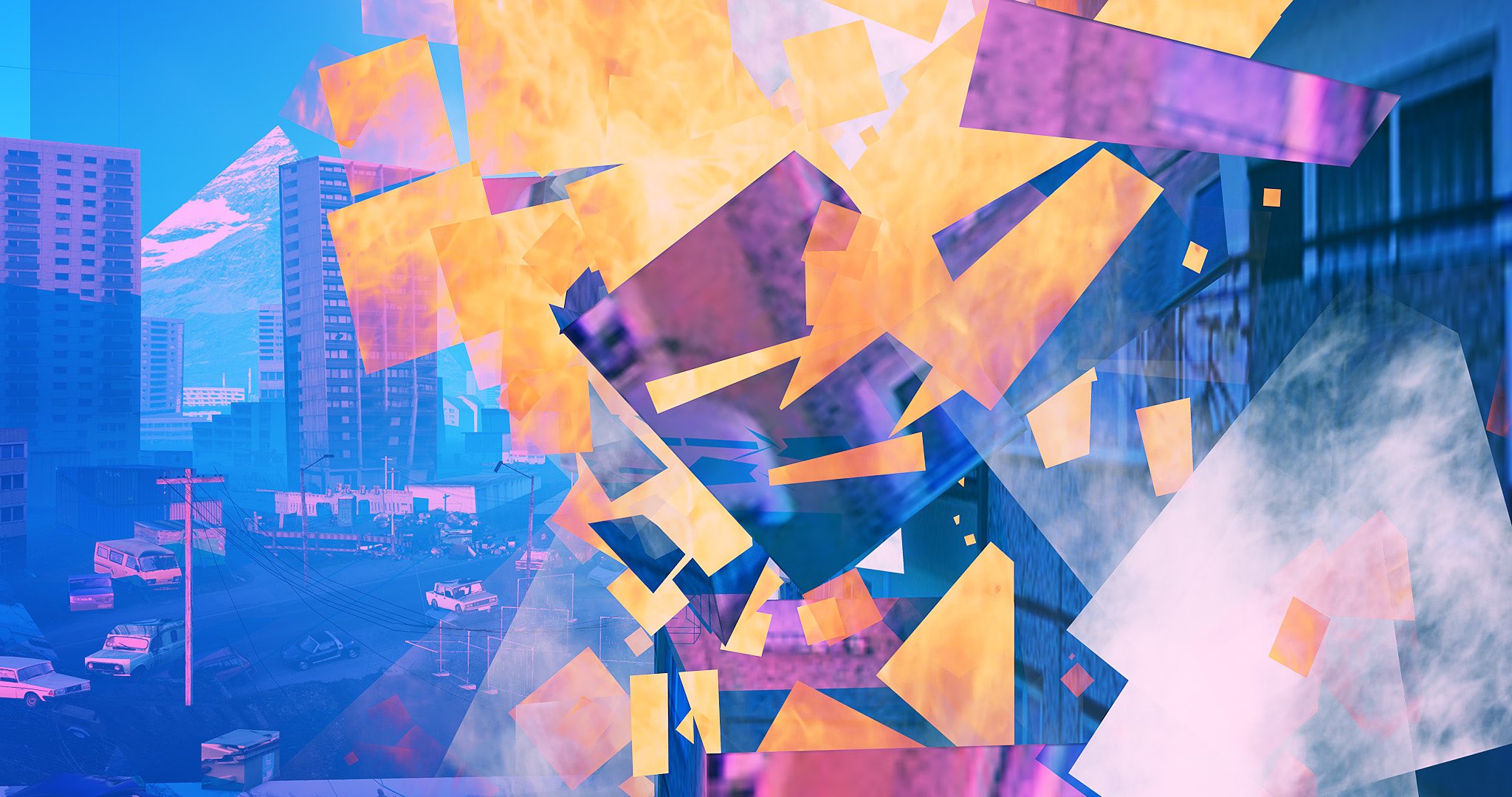 Just in time for September’s 2018 Ottawa International Animation Festival, the reigning Grand Prize winner has debuted online. Nikita Diakur’s daringly experimental short utilizes a CG technique the filmmaker has described as “interactive animation”, and in doing so has been lauded for opening up a new frontier for the form. Leaning into the mathematical randomness of the digital process rather than fighting against it, Diakur seemingly cold, deconstructed aesthetic is actually imbued with soul—by relinquishing control through dynamic simulations in a form of digital puppetry, Diakur absorbs the “performances” of his characters, allowing them to participate in their own depiction—a generative process the result of which are as much a surprise to their creator as to the audience.

The film’s plot follows the travails of an ugly cat, abandoned and alone, and how its pure desire to connect and give love is repeatedly rebuffed—by kids, by firefighters, by roving packs of dogs—until it is received and accepted by an indigenous chief, Redbear Easterman (credited as a co-director of the film). It’s an allegorical tale, based off an anonymous internet story sourced by Diakur when seeking inspiration for the project. It’s beautifully sad, though the particulars of the plot and its climax are more impressionistic than particular, leading to surreal end that is likely to frustrate viewers whose tastes lean towards more grounded storytelling. I agree with this potential complaint somewhat—the poetic spirituality of the piece feels like a bit of a tonal mismatch to the deconstructed aesthetic, hindering a true sense of elevation, and as such I expect the primarily appeal of the film will lie with those who appreciate it on a stylistic/intellectual level, as opposed to crossing over to mainstream audiences.

Yet, tonal critique aside, a thematic synchronicity is there. As Ian Durkin astutely notes in a piece on the film for Vimeo Staff Picks, “Diakur’s style mimics his film’s central narrative and more broadly, everyday life: we as humans try to control our intentions and actions, but there will always be outside forces of chance that influence our choices.” The cause and effect of the cat’s actions is a mirror to the central technique of the film which relies on the chaotic interaction of elements via code, and the cat’s journey into the afterlife parallels the meta-deconstruction of the film’s ending. Whatever your reaction to the film may be, Daikur’s work is remarkably considered.

This consideration is most keenly felt in the remarkable amount of discussion that Diakur has engaged in surrounding the execution of the project. While exploiting the physics of Cinema 4D for non-realistic aims has been mined for entertainment value before, (I’m thinking notably of the viral hit Going to the Store), it does feel novel for a creator to engage so fundamentally with the premise, and in such an ambitious way. While a knowledgeable animation enthusiast, I don’t come to the film from a technical background, so I encourage you to check out this Cartoon Brew piece from last year that better goes into the theories and process behind “ugly dynamics”.

This intellectual work will be key if Diakur’s techniques are to become a trend for other creators to take up, rather than a mere oddity. For now, Diakur is a bit opaque as to his next steps, writing to us that his next project is a “game/feature”.