A single mother struggles to hold on to her sanity as she's forced to turn to extreme measures to satisfy her son's increasingly inhuman appetite.
READ REVIEW
Next Previous 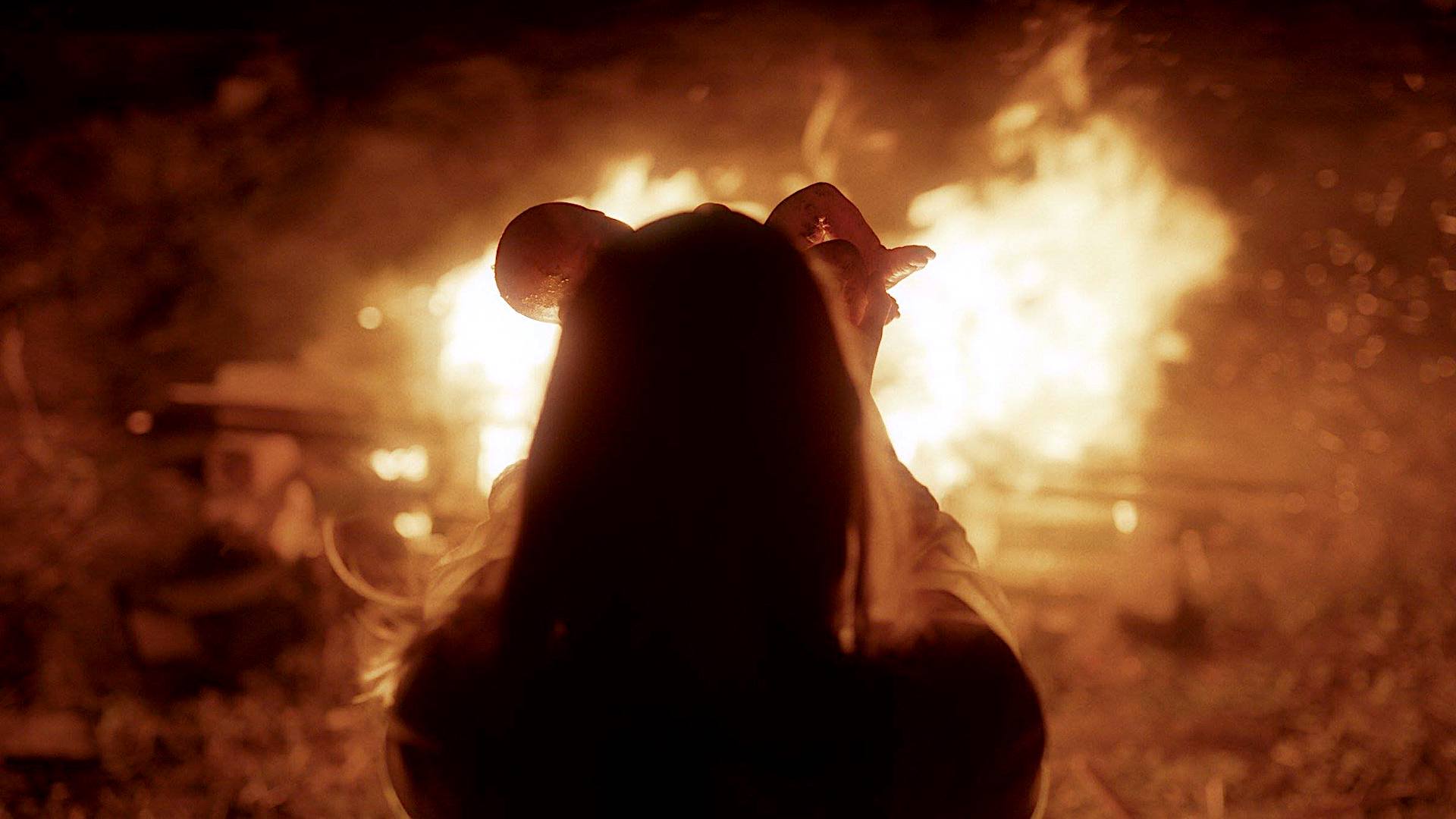 The monster is there from the start. Rather than shroud him in mystery, peeking out from darkened corners, Paul Holbrook and Sam Dawe’s short film, Hungry Joe, crafts an origin story with its titular boogeyman front and center. The brilliant tension of the film is not derived from where Joe is, but what he is, and the inability of all in his orbit to see it clearly. In doing so, the filmmaking duo brilliantly marry two of Britain’s most formidable film traditions—Hammer Film monster flicks and Social Realism—in an astonishingly seamless manner.

While Joe provides the macabre, fantastical element that allows the film to be categorized as one of the UK’s great modern horror shorts, he is not the main character. That would be Laura (Laura Bayston), his suffering Mother, whose life unravels in the years of Joe’s maturation. Joe consumes an inhuman amount of food yet never gains weight. A noxious smell emanates from his body that no amount of scrubbing can wash away. The sheer logistics of supporting his appetite consume her resources, a lingering terror ever-present—where will his hunger lead? Harried, without support after the boy’s father leaves and shamed by social workers who refuse to validate her concerns, she is a single mother on the edge, disgusted by her child, and breaking under the strain of her responsibility towards Joe—a responsibility unleavened by any motherly affection.

Taylor Sweet as the young Joe, in one of the short’s many ‘viscerally disgusting sequences’.

The horror elements of Hungry Joe are strong and will satisfy pure genre-lovers, with viscerally disgusting sequences and familiar beats of dread and tension. But, while Joe’s actions eventually deliver the film to a finale that is more clearly horror, the majority of the film’s 22min runtime leans heavily on the Social Realism side of the equation. Laura is not dissimilar from the mothers we’ve seen in non-genre films such as How Was Your Day?, Caroline, or Andrea Arnold’s career-breaking short film Wasp—flawed, but more pertinently, desperate. They are isolated women lacking social support.

Hungry Joe is more sweeping than the latter two examples though, which dramatize a single indelible day in the lives of their protagonist. Here, Holbrook and Dawes lead viewers on a guided tour of the British bureaucracy as Laura fails to receive support at a series of institutions: the health system, the school system, and social services. An undercurrent of class prejudice is present throughout as at every turn aspersions on Laura’s parenting are dispensed by outsiders. A scene with a childbirth consultant within the first minute of the film foregrounds what Laura will encounter throughout Joe’s childhood when, complaining about the discomfort of Joe’s obsessive feeding, the nurse lectures her that breastfeeding “…is a huge part of the bonding process, but, if you don’t feel capable…”. The subtext of the scene, delivered via her tone and facial expression, is not about listening and assuaging Laura’s concerns but about putting the onus of responsibility back onto her, a dismissiveness that betrays her fundamental doubts about Laura’s fitness as a mother, an attitude rooted in class.

Issues of class are personal to Holbrook and Dawe. Cousins from a working-class background, they grew up on UK council estates in Bristol and this experience influences their current work. After struggling as screenwriters for over a decade they began to produce and direct their own films under the Shunk Films banner 6 years ago. These efforts have now coalesced into a highly productive stretch that has seen Hungry Joe break through on the festival circuit, winning Best UK Short at the Manchester International Film Fest and securing prominent selections to Encounters and BFI London, while another short from Holbrook, SHINEY, is currently making the rounds too. This fall he shot a new short, Hollow, which won the prestigious Enter the Pitch funding competition and has thematic similarities to Hungry Joe—set on an impoverished council estate Hollow tells the story about a single mother consumed by grief and seeking revenge against a man who killed her son in a drunk driving accident. She seeks guidance from a tormented local vicar—a man also on-the-edge.

Fueling this hot streak is a formula that the duo has settled on—commercial genre stories with a social realist aesthetic, and, as Hungry Joe proves, I think it’s a fantastic angle. Driven in part by a rejection of what the filmmakers refer to as the “pseudo high-brow, navel-gazing content championed by British funding streams”, they make films set in the impoverished council estates they grew up in but seek to expand the genre and entertainment possibilities of this nuanced and authentic tradition. It’s paying off with the kind of institutional support they previously derided and as genre fare booms in popularity with producers and financiers, particularly the sort of “elevated horror” of an Ari Aster and Robert Eggers or the type of “social thrillers” typified by Jordan Peele, social realist genre films is a promising niche. A Hungry Joe feature script is in the late stages of completion and I for one cannot wait to see more.