When plans fall through, a six-year-old is faced with a big responsibility on a hot Texas day.
READ REVIEW
Next Previous 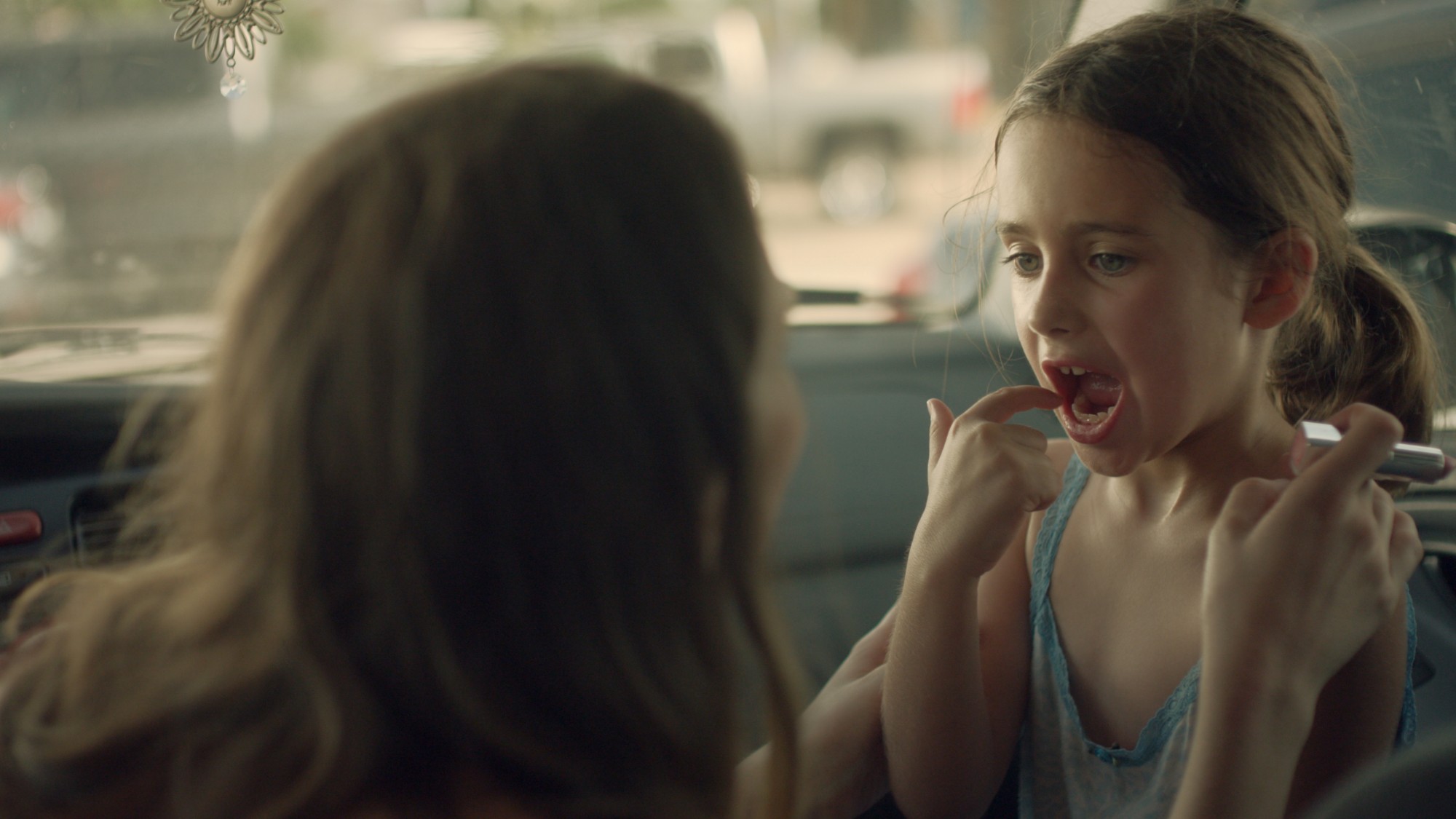 Multiple time Short of the Week alums Logan George and Celine Held (Mouse, Valencia Road, Fever) are back today with their latest festival hit Caroline. A film looking to provoke a little internal conflict, by making you question the situation, and the system, it’s a powerful and resonating watch driven on by the incredibly touching performances.

Inspired by a trio of real-life stories, that stuck with co-writers/directors George and Held, Caroline follows a single mother as she desperately prepares for a second interview for a job she clearly needs. Unfortunately, her childcare fell through and she is forced to leave her six year-old daughter (the titular Caroline) in the car outside, looking after her two younger siblings, on an extremely hot summer day.

PSA: Despite the 106°F (over 40°C) weather, the sweat on the kids is practical effect aka from spray bottles, fear not the AC was on!

Leaving kids on a hot summer day in a car is indisputably wrong, but the way the situation is introduced in the first minutes can’t help but make us sympathize with the mother. The directorial duo really focus on making the mother’s desperation, exhaustion and the blazing temperature transpire through the screen, which makes her albeit wrong decision, more understandable. She is getting no help, definitely not from the government, and we all know that having our backs against the wall does not trigger the best decision making.

The film is presented from the point-of-view of Caroline, her innocence is comforting and allows for a slow build up to the gravity and extent of the situation. By framing the film from this perspective, it causes real conflict for its audience – do we sympathise with this mother’s struggles? Or are there no excuses for her actions?

George and Held identified believability as a key factor in the success of their short and knew for an audience to commit to their film, the on-screen relationships had to feel authentic and genuine. To work on the bonds between characters, the filmmaking pair, moved in with the family of the three siblings to build a rapport and establish a comfortable dynamic, mostly between Held, portraying the mother and Caroline.

That relationship pays off with a pair of amazing performances, from the fictional mother and daughter, as Held directed proceedings from inside the car. The young actor’s performance is especially impressive, the multitude of conflicting feelings she portrays come crashing together, making her all the more endearing, to the point where you’re even tempted to reach through the screen and give her a hug.

All these elements come together in the breathtaking fast escalation at the end, resulting in a climax that left me truly shaken. We are given a couple of seconds to recover, but when the credits roll, we still need a few moments to digest the last scene, and the film as a whole.

Caroline premiered at SXSW back in March before being included in the official selection of Cannes and Barry Jenkins’ program at Telluride. Picking up a number of awards on the festival circuit, the short has even gone on to qualify for Academy Award consideration.

George and Held, who were included in the 2017 Filmmaker Magazine’s “25 New Faces of Independent Film”, are currently working on a feature slated to go into production soon and already have two other short films that we hope to share with you soon.