This film is based on real events. In December 2011, a watchman was attacked by a pack of more than 20 stray dogs wandering in a poor neighbourhood on the outskirts of Bogotá.
READ REVIEW
Next Previous 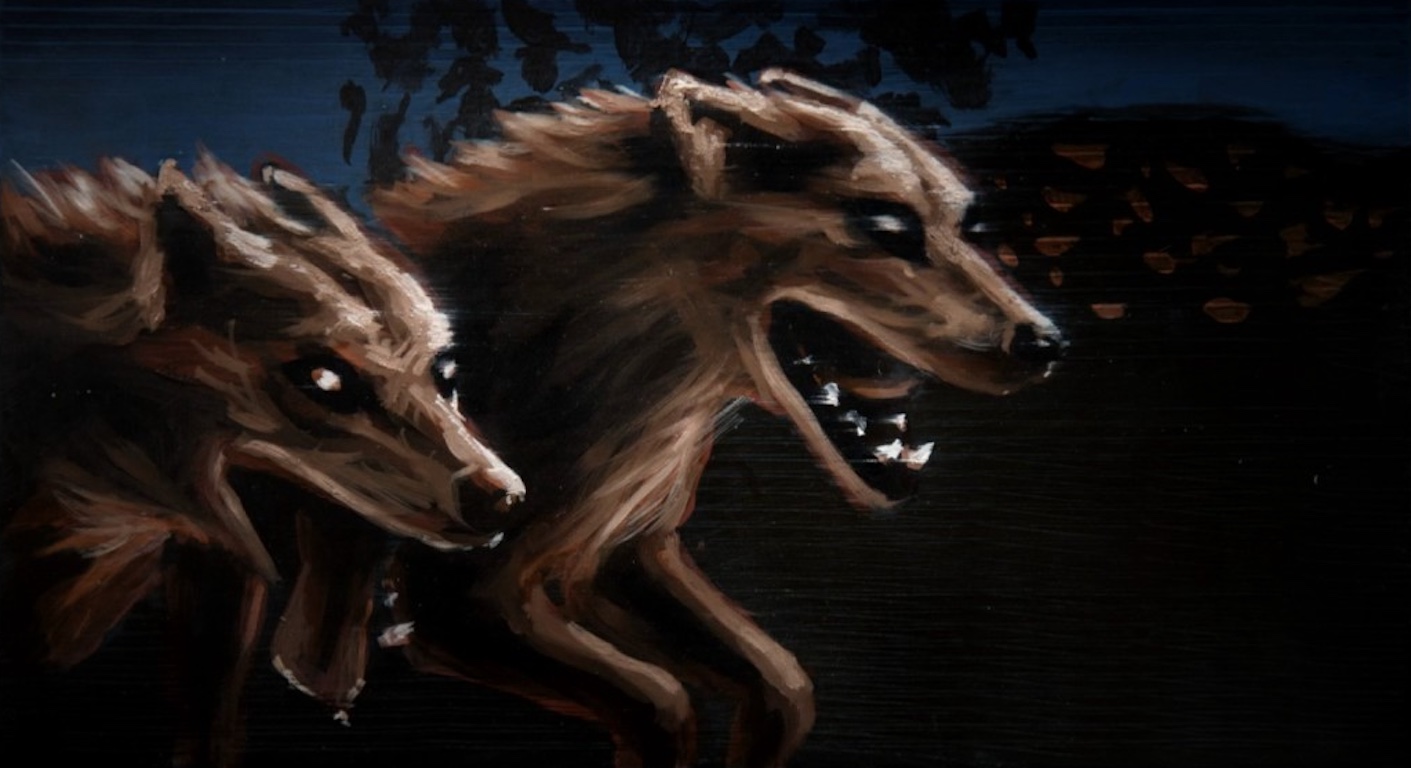 What do you look for in a story? If you’re the kind of person who likes to be challenged by something other than the traditional linear narrative, then Carlos Gómez Salamanca’s fragmented approach to storytelling might be just the thing you’ve been looking for. Built around a tragic incident, this nine-minute animated documentary uses a mixture of techniques to tell a powerful, resonating story, that feels like the work of a true innovator.

Without reading the synopsis for Lupus, the film plays like a series of seemingly unconnected scenes exploring the history of the dog, housing projects in Bogotá and the death of an unnamed man. It’s only as the film concludes we realise the connection between these themes, as the details of the gruesome death of a building-site security guard by a pack of hounds is revealed.

“The whole Lupus project was structured from this news, trying to show a broad context about the expansion of the city and the sad condition of stray dogs”, the director reveals in a conversation with Clotilde Couturier. Using this tragic incident to explore some larger issues, the real satisfaction from Lupus comes when all of the pieces of the puzzle slide perfectly together revealing the bigger picture. It achieves a lot in its short run-time, covering themes of social inequality, development and the environment and it does so with incredible style.

Combining oil paintings, with stop-motion and some sequences created with cement, Lupus is a striking film, with a powerful aesthetic that perfectly complements its impactful storyline. The choice of materials and techniques used throughout the film injects it with an authentic feel, putting tangible weight behind its important message.

The craft, however, plays another important role in this film, adding joy to what otherwise could have been a soul-crushing watch. The narrative is dark and sobering, but the production is intoxicating and invigorating. The ingenuity of the craft means you absorb the message of the piece without it ever feeling overly preachy or stuffy.

Lupus had an impressive festival run, playing the likes of Clermont-Ferrand and Encounters. Regular festival attendees might have already had the joy of witnessing this mini-masterpiece, but for those of you encountering it for the first time, I hope it excites you as much as it has me.