An addicted biker runs out of cigarettes, so joins an unpredictable race to get more. Festival favourite from Estonian animator Sander Joon.
READ REVIEW
Next Previous 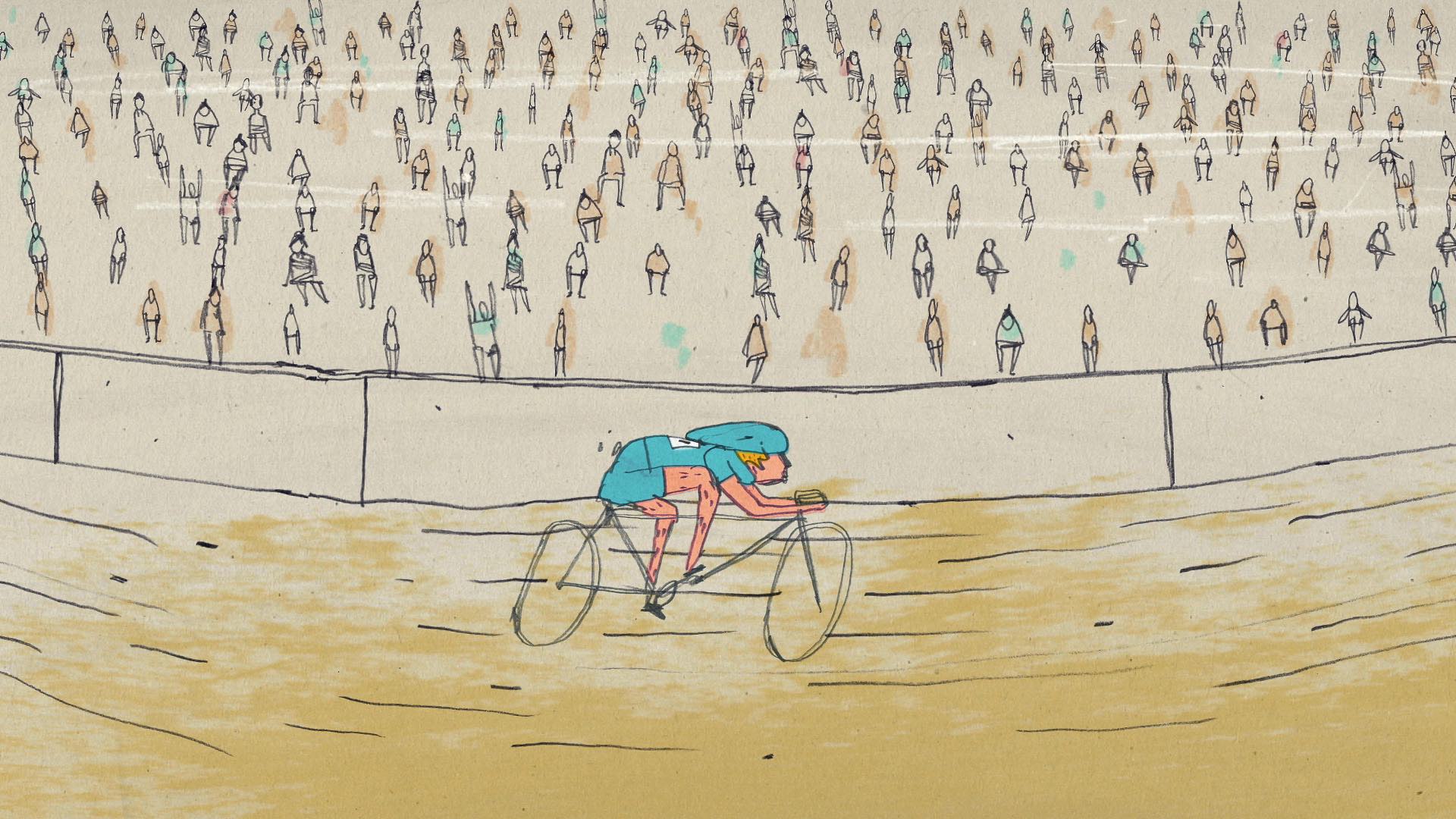 A favourite of the festival scene, and a personal favourite of mine, Sander Joon’s Velodrool is a playfully abstract animation that follows the bizarre journey of a cyclist on a quest for cigarettes. Racing against three other competitors, our nicotine-hungry protagonist battles against crowd-interference, deadly starter pistols and a transforming track as he pushes himself to his limits for a pack of his favourite smokes.

Created as his graduation film from the Estonian Academy of Arts, where he studied under Estonian animation legend Priit Pärn, the conception of Velodrool started for Joon with a sketch of a cyclist and the discovery of an article about an athlete who started hallucinating after using performance enhancing drugs.

A film of unexpected pleasures, for me the most exciting thing about Joon’s 6-min animation is the energy and unpredictability of the piece. It feels as if once the film has picked up momentum (and Joon does a great job of injecting the film with pace and vigour), it is an unstoppable beast and it’s truly exciting to watch it stampede through some bizarre scenarios as the Estonian animator really cuts loose and has some fun.

As an ex-smoker and a current cyclist, I’d never expected to see two of my most used stress-relievers come together in another one of my addictions – short film. With Estonian animation though, I learnt to always expect the unexpected and somehow Joost makes this unusual combo seem like a natural fit.

So as our lycra-clad antihero licks a magic hat in order to give himself a timely boost in his race for cigarettes…you surprisingly find yourself cheering him on!