With 145 titles eligible in the Live Action Short Film category and 82 under both the Animated Short Film and Documentary Short Subject brackets, The Academy of Motion Picture Arts and Sciences has now announced the 45 films that are in the running for these three Academy Awards in 2022. With nominations voting to start on Thursday,  January 27th, we’ll see these lists cut by two-thirds when the five films progressing to the nomination stage are announced on Tuesday, February 8th.

***YOU CAN NOW VIEW THE NOMINEES HERE***

This shortlist period is my personal favorite part of the road to Oscar—the overly large and opaque pool of qualified films is refined down to an official and manageable number, but it is still large enough to include the sort of outré films that are often excluded when it comes nominee time. This is especially true this year, as the shortlists expand to 15 films for the first time.

For the viewer at home, this is a poor year for free streaming, as only a third of the shortlist is currently available on platforms such as YouTube or Vimeo. This decline is a continuing trend we will explicate for you in future articles, but at least part of it is due to the presence of SVOD streamers who are well-represented on these lists. If you subscribe to multiple platforms, suddenly 66% of the films are available to you. Either way, expect both these numbers to significantly rise in the coming weeks as campaigning heats up, further acquisitions are made, and film teams lobby for press placements via limited online releases.

For us here at S/W, it’s always fulfilling to see the titles we love getting some Oscar recognition, and this year we have previously featured filmmakers in all three categories—some of whom we’ve been following for over a decade. With our team immersed in the global festival circuit, we already had a good idea of the titles that would make the shortlist and even now could predict favorites in each of the categories. This article isn’t about predictions though, below you can find the 15 film shortlists for each award, complete with links to where you can watch them (if available), with one film selected as the S/W pick, based on our team’s judgment of what makes a great short film. 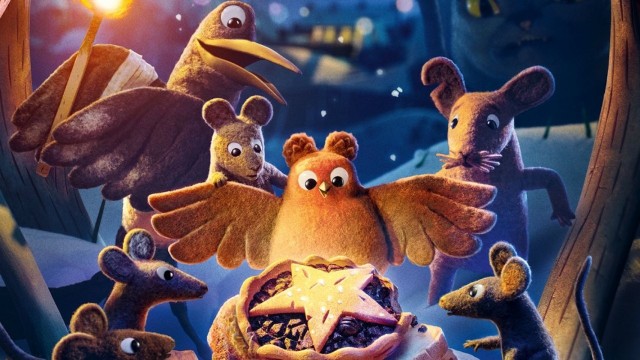 A surprisingly exciting lineup for the category The Academy most frequently gets wrong. Modernization of the branches and the new blood brought in seems to be paying off as these 15 films are a pleasing mix of work from revered masters (Joanna Quinn, Claude Coultier) and fresh faces. S/W alums Bastien Dubois and Erick Oh are each looking for their 2nd nomination and Alberto Mielgo, fresh off work on Into the Spiderverse and Love, Death & Robots, is a stealth contender with stunning-looking short, The Windshield Wiper.

The big news is the lack of entries from the major US Studios, as Us Again is the only one to make the cut. That film is also the only shortlisted film to work in the family-friendly, Pixar-3D style that has dominated this category for three decades, which allows a pleasing diversity of approaches to shine—traditional hand-drawn animation, stop-motion, VR, and even paper cut-out styles are on display in these finalists. The heavyweight in the category is now Netflix’s contender, Robin Robin (from S/W alums Dan Ojari and Mikey Please) and even that is a stop-motion film. We can always quibble about favorites that fail to make the cut but take a bow Academy, you deserve applause here.

An absolute stunner, this is the sort of experience that reminds you why you love short film. We first encountered The Musician in the lead-up to its premiere at TIFF 2020, and it has stuck with us since. Utilizing paper-cut animation, director Reza Riahi—known for his work as art director on the feature film, The Breadwinner—tasks himself with an unusual formal approach, yet never allows it to become gimmicky. The story of love enduring in the midst of 13th century Mongol invasions, the film possesses an epic sweep as if it has in fact been passed down by storytellers for centuries, and the style just…fits the historical nature of the tale—like a scroll painting made to move. It is the sort of storytelling that, paradoxically, feels fresh in part because it feels like it has always existed. – Jason Sondhi

Previous winner: If Anything Happens I Love you by Michael Govier & Will McCormack 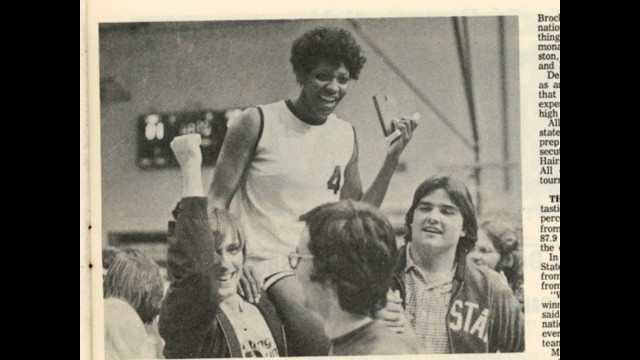 Still from Ben Proudfoot’s The Queen of Basketball

I’m probably repeating myself, but the competition surrounding this category continues to grow year after year as major media organizations and streaming services vie to outdo each other on the acquisition front. This year is marked by new contenders—on the media side, Time Studio dipped their toe into the pool with a handful of acquisitions and made the shortlist by hooking up with Field of Vision on The Facility. Conde Nast’s The New Yorker made a more concerted push than in prior years, landing two shortlisted titles and helping to make up for this year’s absence of The Guardian, which won the category last year. It is The New York Times that leads the way with 3 nominations though—two for its Op/Docs strand, but also a first nomination for its innovative Visual Investigations unit with the much-lauded Day of Rage. Well deserved!

On the streamer side, Netflix has this category on lock. Ever since The White Helmets delivered the streaming giant its first-ever Oscar in 2017 it has never failed to land a nominee. All four of its contender acquisitions make the cut this year, but new competition is on the way. MTV Documentary Films, led by the legendary Sheila Nevins, has two films on the shortlist which helps support its corporate sibling, Paramount+. Also, the recent acquisition of Sophie and The Baron marks the launch of a new division at Disney+ that is dedicated to Original docs. Even with the absence of perennial power HBO this year, the jockeying promises to get even fiercer.

Focusing on the corporate interests in this race does a disservice to the lineup. There are some really good films in here. A Broken House in particular feels like a grand compromise between my personal tastes in Documentary and The Academy’s preference towards conventionality. A Broken House is technically an artist profile—a subgenre that is very popular on the internet, but also easy to parody due to the way it is easily templatized. Jimmy Goldblum does not transcend the format of the artist profile so much as refine each of its components to the highest aesthetic and intellectual level. In our team notes from August when the film was submitted to us, I wrote that the film was “pretty much the platonic ideal of an artist profile” due to its gorgeous shot-on-film cinematography, the visual splendor of its subject’s art, the subject’s inherent charisma on camera, and the thematic connection between the subject and vital real-world issues. It is a film without flaw, and while I may personally prefer messier films that produce a spark of the unexpected, “flawless” is also a pretty damn good adjective for a film to aspire to. – Jason Sondhi 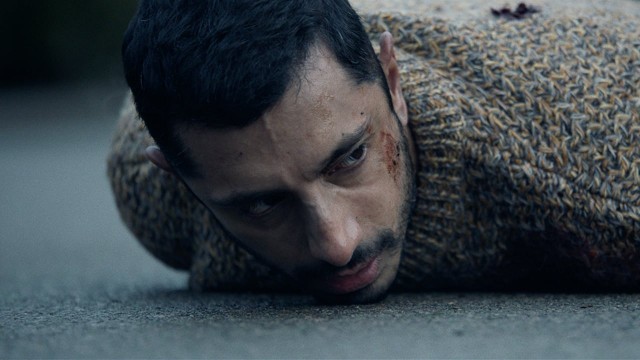 It’s hard to say anything smart about the Live-Action group. With the largest pool of qualified films, from dozens of countries, it is certainly the most random and chaotic of the categories and the most resistant to a summarizing thru-line. That diversity is perhaps the story, as, for an American award, there are hardly any Americans here, which also makes it the least friendly to the at-home viewer.

We do have a previous winner (Martin Strange-Hansen for 2003’s The Charming Man) and nominee (Marianne Farley for 2017’s Marguerite), both Student Academy Award Gold Medalists— Tala’Vision and When the Sun Sets—made the list and Riz Ahmed’s star power undeniably helped The Long Goodbye.

S/W Fav: Les Grandes Claques (Like the Ones I Used to Know)

The Live-Action list is interesting, to say the least, with some very welcome surprises and others that induce eye-rolls. However, if there was one film I knew would be included, it was Annie St-Pierre’s Les Grandes Claques (Like The Ones I Used To Know). After taking the festival circuit by storm (it still is, in fact) with a premiere at Sundance, it more than deserves its spot on this list. First of all, St-Pierre gives us the Christmas short curators and audiences crave—she juggles comedic and family drama tones expertly, delighting us with an entertaining and witty film while simultaneously deeply moving us with the emotional coming of age journeys of her two main, perfectly casted, characters – Céline Roustan.

View Previous Oscar-nominated films, winners and further coverage from the awards on our dedicated channel.