Maxime lives with the ghost of his girlfriend Hélène. Wishing to put an end to this frankly unbearable situation, he finally decides to break up with her, but she isn't quite ready to accept his decision.
READ REVIEW
Next Previous

Caspar, Slimer, Patrick Swayze, ghosts in movies take all different forms, from the friendly to the down-right terrifying. In T’es morte Hélène (You’re Dead Helen), writer/director Michiel Blanchart presents both sides of the spirit world as we’re introduced to Maxime and his dead girlfriend Hélène. Taking viewers on a wild emotional journey as Maxime comes to terms with the fact that it might be time to say goodbye to the woman he loves, it’s easy to see why this 24-minute film made the Oscar shortlist for Best Live Action Short Film.

Opening with a scene of Maxime and Hélène at the movies watching a horror flick, it isn’t long before the “twist” of the piece is introduced, as a rather large man takes her seat, literally sitting on her. As Hélène’s ghostly body rises from the man’s substantial torso turns to her boyfriend and asks “you’re not going to say anything?”, blood-red titles fill the screen, announcing ‘You’re Dead Helen’ and the audience is left with no doubt as to the situation here.

The inspiration behind the film is quite obvious, given how universal the experience of letting someone go is. But when we asked Blanchart the motivation behind his narrative, his response actually told us more about the originality of his tonal approach. “Parting ways with the people closest to you can be a terrifying and life-changing experience”, he explains and while the narrative definitely has unexpected beats, echoing the grieving process, Blanchart also recreates the emotional roller coaster of his protagonist by seamlessly jumping from one cinematic genre to the next. It’s a clever touch as not only does it makes the film incredibly entertaining and interesting, but as Blanchart describes it “builds on the emotional journey of the characters”.

The film is undeniably engaging, benefiting from how relatable the situation is, but Blanchart’s directorial choices are incredibly creative and ambitious. While he sees his use of multiple film genres as a love letter to cinema, it’s hard not to be impressed by how compelling the tonal shifts are and how they emotionally complement the narrative. From rom-com to drama and psychological thriller to straight-up horror, every single genre helps the pacing of the film, moving the narrative forward. And to do so, every single filmmaking tool is cleverly used to immerse the viewer into Maxime’s state of mind. The visual flair from the color palette, the lighting, the camera movements, the score, the sound mix each evolves throughout the film to match the genre they are recreating, giving the film its emotional depth. 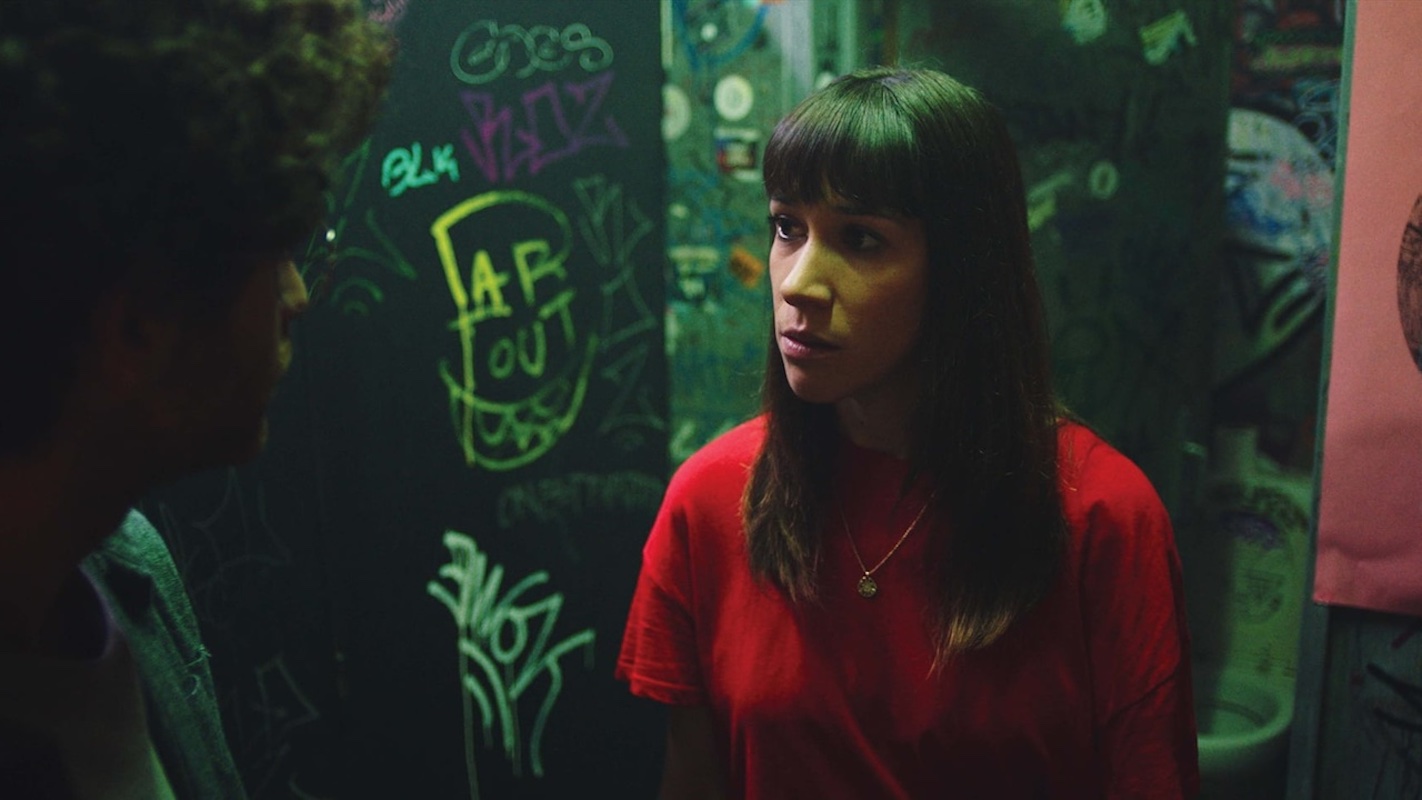 Ultimately, however good the filmmaking is here, the heart of the film is the chemistry between Théophile Mou (Maxime) and Lucile Vignolles (Hélène). Only the love and complicity of the two characters could sell the insanity of the situations they find themselves in, implicitly and effectively creating a suspension of disbelief that allows us to enjoy the superficial layer of the story, while being moved by its metaphor. The way they bounce off one another, with perfect comedic timing or genuine emotional distress, is engrossing and Mou captures Maxime’s emotional journey, the ups and downs of choosing to move on, with a raw authenticity that makes the end simultaneously heartbreaking and liberating.

You’re Dead Helen had an impressive festival run, including notable stops in Sitges and Clermont. Winning the Academy qualifying Grand Prize at Rhode Island has put in on the path for an Oscar, along with the other 14 shortlisted films. While we await news of whether Blanchart’s short makes the nomination list in February, the director is currently working on two feature projects: An action thriller that is supposed to go into production later this year and the feature adaptation of You’re Dead Helen, with Sam Raimi attached as a producer.