Les Grandes Claques (Like the Ones I Used to Know)

December 24, 1983, 10:50 p.m.: Julie and her cousins ate too much sugar, Santa Claus is late. Denis, alone in his car, is anxious at the idea of setting foot in his ex-in-laws house to pick up his children.
READ REVIEW
Next Previous

Les Grandes Claques (Like the Ones I Used to Know) 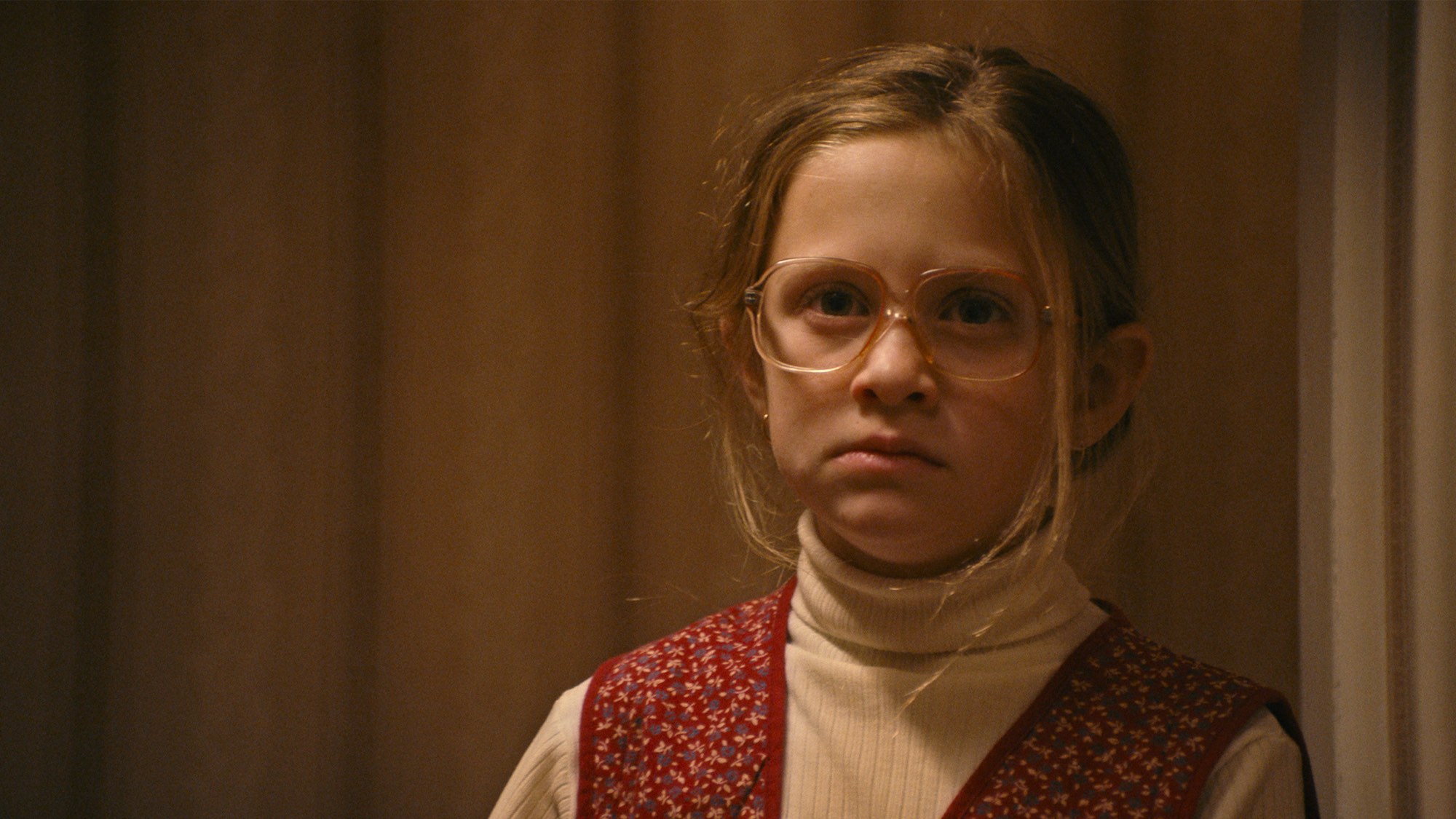 The Holiday Season is upon us and this year gatherings seem much more of a possibility than last Christmas. For some, being with family can be an exciting time, but for many others, it can be a complicated situation. In Les grandes claques (Like The Ones I Used To Know), writer/director Annie St-Pierre takes us back to Christmas Eve, 1983 and one such scenario. Following the custody agreement, recent divorcee Denis has to go pick up his kids at his ex-in laws’ and face the inevitably uncomfortable interaction.

As soon as November rolls around, we can’t escape from cheesy Christmas movies on TV and streaming services, and for many, these are viewed as “guilty pleasures”. What is refreshing about Like The Ones I Used To Know is that it definitely quenches that thirst for Holiday-themed content, but its well crafted, emotionally complex narrative means there’s no guilt involved when enjoying this festive short. When we asked St-Pierre what prompted her to pen the screenplay, she shared that she was actually working on another Christmas movie and the idea of doing her own take on a Holiday film stuck with her. 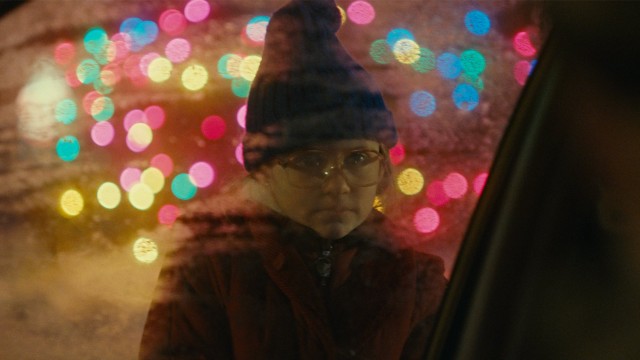 Lilou Roy-Lanouette as Julie, the daughter torn between staying at the Christmas Eve party and not hurting her father’s feelings.

A lot happens over the eighteen-minute runtime of Like The Ones I Used To Know. Focused on a busy Christmas Eve dinner with many characters, it’s only when the end credits roll that the audience can start unpacking the emotional layers of the story. Cleverly built around intertwining ideas that enhance one another narratively: Christmas and dealing with the logistics of the divorce, the double coming of age of both the father and the daughter, St-Pierre finds the perfect balance between comedy and drama to allow the audience to be simultaneously entertained and moved by her film.

With the rest of the crew, St-Pierre brings the ’80s universe of her screenplay to the screen in a pleasing and authentic fashion. Unable to shoot on film, the director and DP Etienne Roussy had to find a creative solution to give the film its vintage look and texture, with set design and costumes contributing to the general atmosphere and retro feel of the film. The camera movements invite us inside the warmth of this family home, amplifying Denis’ unease and allowing the audience a fireside view of his utter discomfort in the situation. Every element of production here works to complement the narrative, deepening how compelling it is, grounding the story in the ’80s, a time when divorces were not as common as they are today. 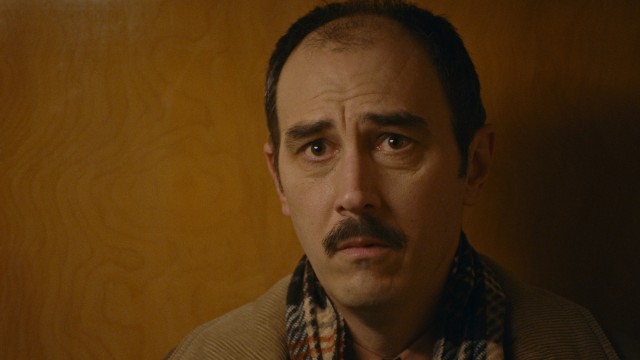 Steve Laplante as Denis, the recently divorced father returning to his ex-in-laws to collect his children on Christmas Eve.

With St-Pierre having experience both in front and behind the camera, including being a casting director, it will come as no surprise that the performances play a vital role in the engaging nature of this short. While the ensemble is great and truly emulates that Christmas eve/family gathering vibe, the emotional layer of the film truly relies on Denis (Steve Laplante) and Julie (Lilou Roy-Lanouette). Laplante is deeply touching as he navigates his character’s vulnerabilities, trying to remain strong, while also bringing to screen the awkwardness of the situation and its comedic and dramatic facets. But of course, it’s young Roy-Lanouette who steals the show with her remarkably subtle and nuanced portrayal of Julie, who, over the runtime of the film, goes from being an innocent kid who only cares about Santa and playing with her cousins, to understanding her father’s emotional distress.

Like The Ones I Used To Know had its world premiere at the 2021 edition of Sundance and has since been travelling all over the world – with notable selections at SXSW, Regard and the Palm Springs ShortFest – picking up awards on the festival circuit, resulting in it being qualified for Oscar consideration. St-Pierre is already working on new feature projects, including a documentary about life coaches in both Canada and California titled Your Higher Self and various fiction films that deal with family and identity (but set in the present day), which are currently in the script development stage.