The fall is a couple of days away which means that the entertainment district of the capital of Ontario, Canada is going back to regular business after the ten intense days of the 44th edition of the Toronto International Film Festival. As usual, big premieres and glitzy red carpets figured into much of the coverage, but we are here to celebrate the short form medium!

Before we get to the 2019 Short Cuts Program however, a quick shout to two Short of the Week alums who won awards at TIFF for their feature films. Winner of the Grolsch People’s Choice Award with Jojo Rabbit, Taika Waititi was featured on S/W with Two Cars One Night.  Also, Matthew Rankin, featured twice on S/W with The Tesla World Light and Mynarski Death Plummet, took home the City of Toronto Award for Best Canadian First Feature Film with The Twentieth Century. Congrats!

Onto the shorts—with 55 films in the Short Cuts program, we greatly enjoyed the diversity in style and narrative of this year’s picks. For many years TIFF was Canadian-only with their shorts, but they’ve continued to mature into a top-flight shorts international destination, and this year was one of their best lineups. The Cannes influence was once more very present, as TIFF staked claim to many of those film’s North American premieres, and we were pleased to see the 2019 Berlinale winner, Irene Moray’s Suc de síndria (Watermelon Juice), in the selection as well.

Festivals are also the perfect opportunity to catch up with our alums’ new projects, and this year more of them were represented than ever: Teemu Niukkanen (F*cking Bunnies) was here with Onko sulla nälkä? (Are You Hungry?), Chintis Lundgren (Manivald) returned with a sequel to that short, Toomas teispool metsikute huntide orgu (Toomas Beneath the Valley of the Wild Wolves), multiple alum Dean C. Marcial (Manila Death Squad, Midnight Service: Home Invasion, Sea Devil) showed off Reminiscences of the Green Revolution, Pier-Philippe Chevigny (Vétérane) came with Recrue (Rebel), Karen Moore (writer of Must Kill Karl) showed off her directorial debut Volcano.

Below however are my highlights, a mix of winners and personal favorites. It was harder than usual to narrow it down to a short list, but here we go! Keep a close eye out for these films as they continue on the festival circuit, and we hope to bring them to you over the upcoming months!

Awarded the IWC Short Cuts Award for Best Canadian Short Film, I will simply quote the jury who could not have put it in better words: “By presenting its main character’s unique point of view through another character’s perspective, Robichaud’s Delphine boldly utilizes an original narrative device to offer a refreshing twist on the coming-of-age genre.”
An honourable mention went to Theodore Ushev’s The Physics of Sorrow, whose previous film Blind Vaysha was nominated for an Oscar at the 89th Academy Awards.

ALL CATS ARE GREY IN THE DARK

Awarded the IWC Short Cuts Award for Best Short Film, as a cat person the film for sure affirmed my biases, but even more than that, this film delights the audience with its filmmaking approach and tone. Both endearing and entertaining, it surely leaves a mark.
An honourable mention went to Federico Luis Tachella’s The Nap, that we had caught in Cannes and has that same memorable quality.

Since her previously featured film YOYO, Nicole Delaney has been busy in the writers’ room of Netflix’s Big Mouth. Her new film Thirsty still has her distinct sense of humor showcased with the craziest, funniest, most original rom-com narrative I have seen in a long time, and Maya Rudolph voices the main character… need I say more?

This is a departure, in my opinion, for Anna Maguire as a director. Previously featured with Your Mother and I, It’s Nothing is a much more haunting film dealing with eating disorders in a very creative way that mixes realistic psychology insight with horror to maximize its impact.

Renowned Quebecois distributor Alexandre Dostie (Travelling) delivers a strong, powerful story of a woman seeking freedom from her life. With a dark twist, and shot in the cold Quebecois winter, he delivers a gutpunch in this follow up to his winner of Best Canadian Short at TIFF in 2016, Mutants, which we also previously featured.

NO CRYING AT THE DINNER TABLE

Director Carol Nguyen turns the camera to her own family as she explores intergenerational family dynamics, and all the drama that comes along with it. The film is shot in an effective way, its authentic feel makes it extremely relatable and emotionally engaging. 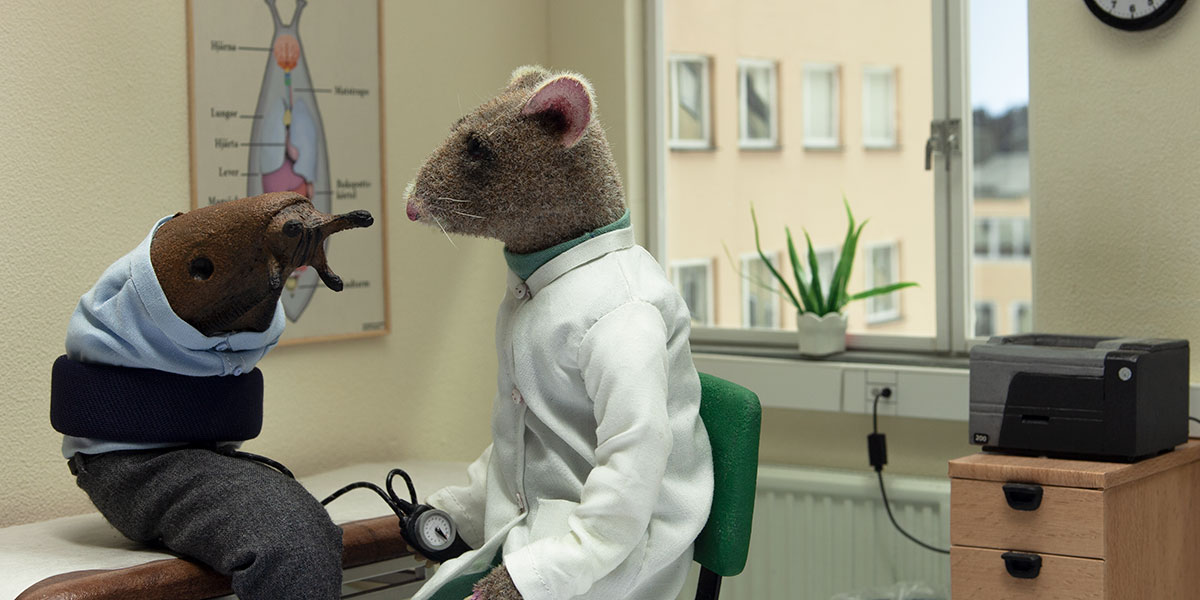 Något att minnas (Something to Remember)

In the follow up to her Best Short Film Award at TIFF in 2017, Min börda (The Burden), Swedish animator Niki Lindroth von Bahr sticks to her original and entertaining style. With animalistic creatures going through the struggles of human life in song, this film is once more funny, entertaining and definitely hits close to home!

When I caught this film in Cannes it stirred something in me. The sharpness and the layered authenticity of the screenplay paired with the nuanced performances left me agitated on my seat. Elin Övergaard delivers a brilliant and topical take on the refugee crisis and how it is perceived.

Deeply personal, Casey Wilson penned a story not so loosely based on her own life and her relationship with her father in the wake of the loss of her mother. Featuring June Diane Raphael and Adam Pally as supporting characters, Wilson surprised me with her moving performance and the depth of the narrative in this dark comedy.

Last but not least, master Yorgos Lanthimos’ Nimic stopped in Toronto after a premiere at Locarno. Expectations have been high, but you won’t be disappointed. Extremely well-produced, the narrative has a Black Mirror appeal to it, carried by Matt Dillon’s flawless performance that draws the audience further into this magnetic and captivating film.