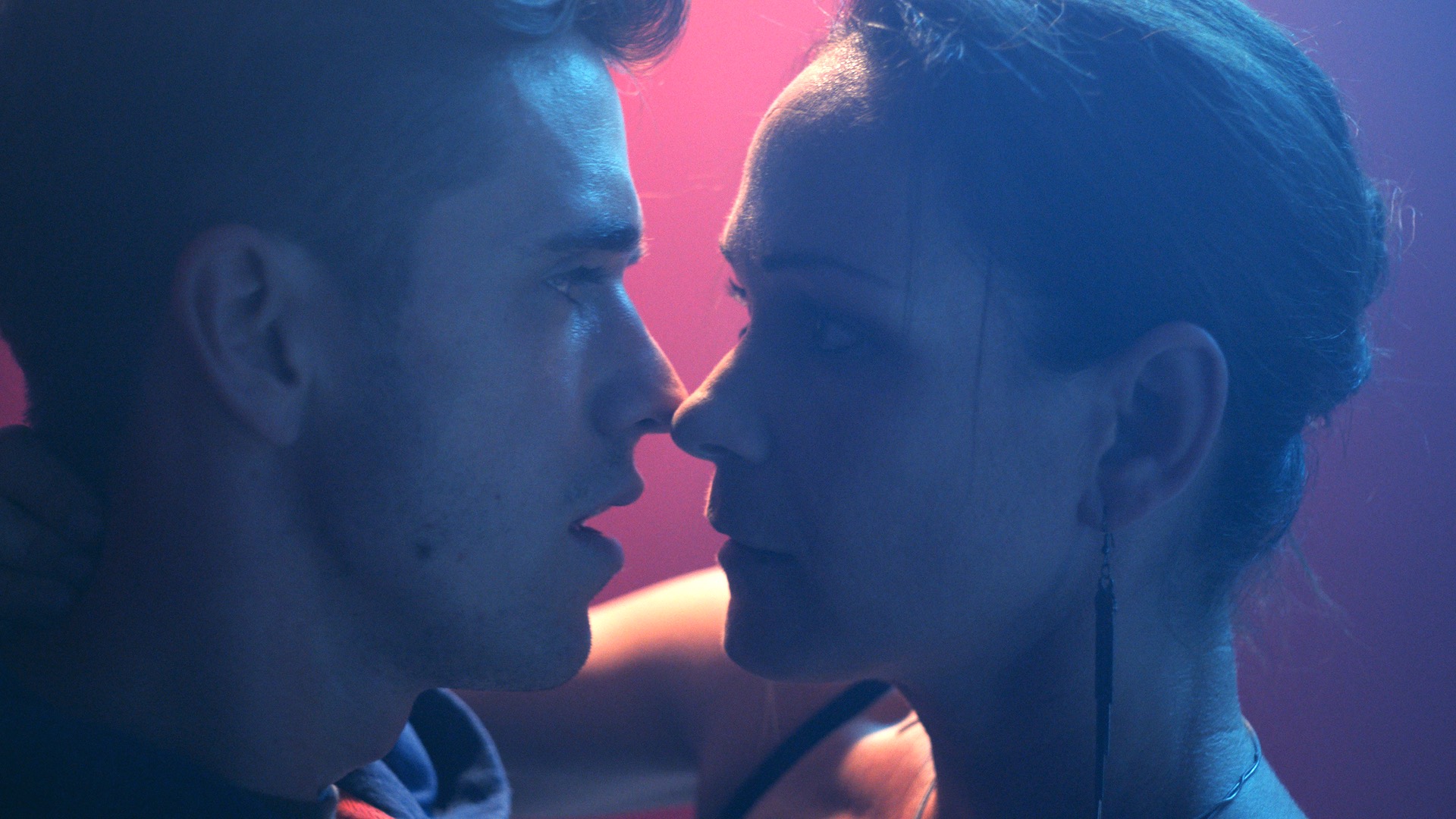 While sex work has an inherent titillation factor that is sure to resonate with some audiences, social and workplace dramas can sometimes be staid. Chevigny however infuses Vétérane with immense energy through filmic craft. The atmosphere of the film does not stop with the borders of the screen, as audience members we feel like we are right there, inside the parlor, immersed in it all. The production values and set design look extremely realistic (from what I imagine a parlor would look like), and the cinematography is standout—mirroring Camelia’s state of mind via diverse formal approaches. The intense and frantic camerawork of certain scenes give way to long takes shot handheld, narrowing the audience’s focus onto Camelia to a startling degree,  and the claustrophobic set design means that navigating the tight spaces of the parlor becomes extremely intimate, making us feel like we are one of the working girls in line. Through this approach Chevigny and his DP succeed at drawing the audience into Camelia’s story on a visceral level, enhancing viewer empathy.

This empathy is supported by the details that result from Chevigny’s artistic process. All of Chevigny’s projects start with the same way—intense research on a social issue sparks his interest, and from there the story takes shape. Fascinated by this under-explored community, he learned that over two hundred parlors are actually hiding in plain sight in Montreal. He conducted dozens of interviews with owners, employees, and clients, and a script emerged that focused on the competitive nature of the environment and on ageism. The testimonies surely provided a layer of truth and authenticity to the film which ends up making it more powerful.

In keeping with the social realist vein of his inspiration, Vétérane is a very subtle film. Chevigny does not go out of his way to make Camelia a likable character, and audience allegiance is more complicated than in comparable films. Camelia is not the standard kind of underdog, yet we do end up feeling for her and summoning sympathy for what she is going through. The way her character evolves is, like in life, unpredictable, and feels more genuine for it.

Ultimately, what makes the screenplay and the cinematography work however is Sandrine Bisson’s magnetic performance. She nails every single scene in what is a meaty role, as she goes through emotional turmoil throughout the film. Exhibiting a range of moods, from the annoyance and detachment of the beginning, to the relief of being home, to her fight with the manager and the creeping desperation, Bisson is captivating and communicates so much with few words. She manages to make the audience care for her not-so-lovable character by making it easy for us to relate despite the specificity of her context. On a personal level, the steadfast commitment the character makes to trying to remain strong at all cost, definitely got to me, and watching Bisson reveal the layers of her complex character was mesmerizing.

Vétérane (Veteran) had a good run on the festival circuit before premiering online as a Vimeo Staff Pick Premiere. Chevigny is currently finishing the script of his first feature film while also awaiting the premiere of his new short film Recrue (Rebel) at TIFF next month. He describes it as the stylistic and thematic continuation of Vétérane, focusing on a new social issue: the rise of right wing extremism in Quebec. We look forward to catching it in a few weeks and hopefully sharing it with you soon.