Your Mother and I

Based on a short story by Dave Eggers, Johnna's dad talks too much, and Johnna herself lives inside her head. 'Your Mother and I' looks at the small moments that belie the larger tensions between families and generations, whilst Johnna's dad recounts all the ways he and his wife changed the world. Or so he says.
READ REVIEW
Next Previous

Your Mother and I 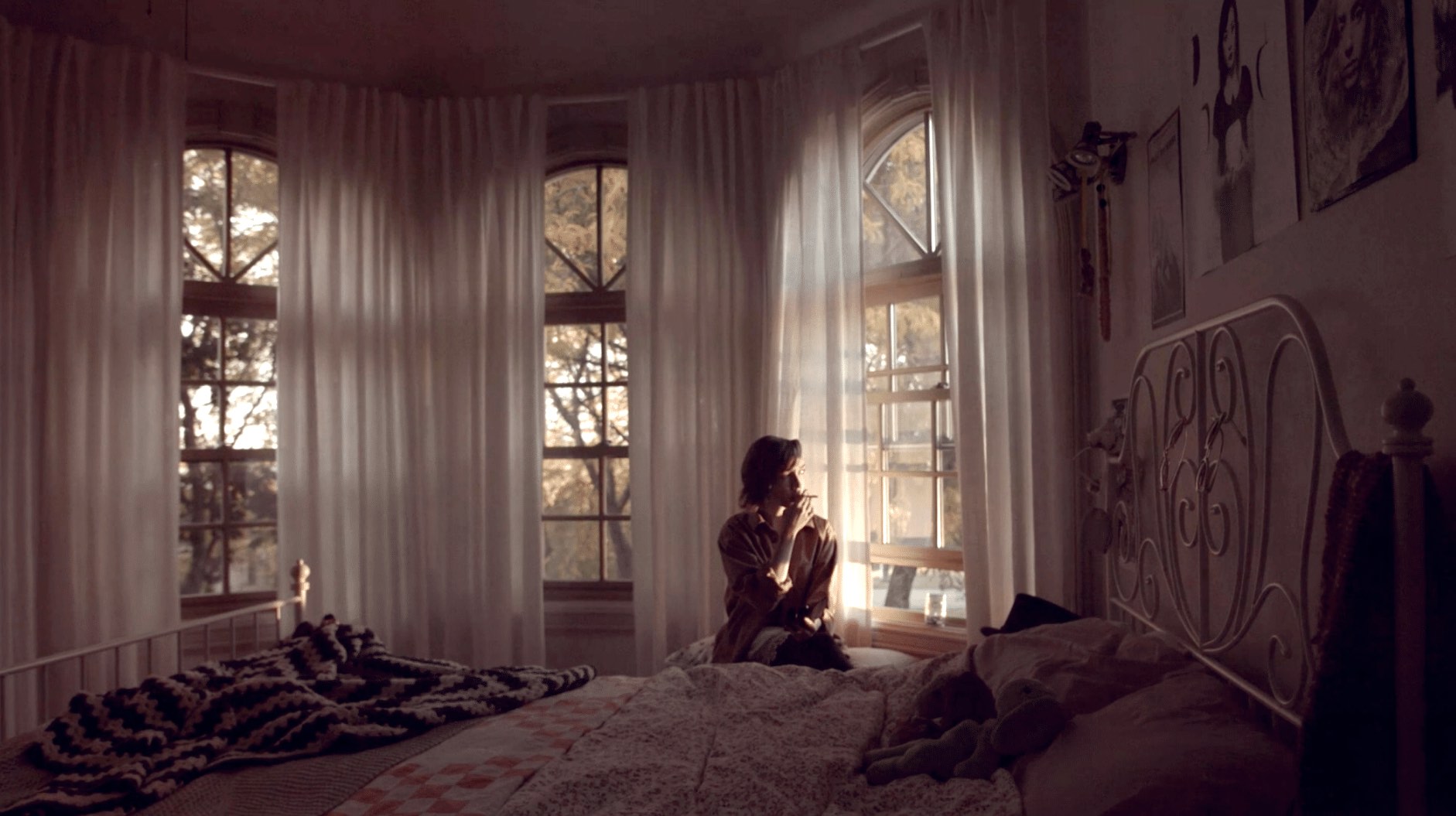 A very accomplished father (at least in his retelling) holds court in the kitchen, recounting amazing feats of social good as his daughter reluctantly listens on. There is a theatric “big fish” grandiosity to his tales, but whether the pair actually connect emotionally while making nachos is the subtext of Anna Maguire’s Your Mother and I, a short film loosely based on a short story by Dave Eggers. Maguire is no stranger to Short of the Week as she was one of the leads of previously featured He Took His Skin Off For Me by Ben Aston, but today it is her work behind the camera as a writer/director/producer, that we are featuring.

Johnna involuntarily triggers her father into recounting her mother’s and his past humanitarian exploits by holding a picture of her parents. The immediacy and rhythm of the father’s monologue quickly launches us into his story and gives the audience a role similar to the daughter’s. At the start of the film, there is an obvious tension between the two that washes away as they try, and fail, and try again, to connect over this ephemeral window of time. In turn, this ostensibly simple moment between father and daughter becomes much more significant. The film creates an interesting comparison: the importance of his story is contrasted by the lighthearted way that he tells his story. He even interrupts his tales to give cooking instructions before resuming. Maguire puts side by side two different worlds. The absurdity of the storytelling is juxtaposed with heavier topics, such as deep human pain. In effect, Your Mother and I is able to live in both spaces—the happy and the sad— without pitting them against one another.

The film makes a notable change from Eggers’ story by materializing the character of Johnna the daughter, whom in the original is addressed, but unacknowledged. This pivotal creative decision changes some of the underlying uncertainty about the fundamental reality of the scenario, but opens up fruitful avenues to explore Johnna as a character, and examine the intergenerational dynamic.

Your Mother and I exists as long as the father is speaking. He communicates with the daughter and the audience in a very lyrical way while Johnna stays mostly silent, yet her expressions and reactions communicate loudly. His long, oddly detailed, stories about changing the world are at the same time funny, inspirational and questionable. Johnna’s responses, the palpable frustration add a layer to her identity. Julia Sarah Stone and Don McKellar flawlessly bring to the screen the complicated father/daughter relationship with perfectly layered subtle performances of shifting emotions. Over ten minutes we witness the difficulties arising from closeness between a father who might be hiding his vulnerable side with vanity and a daughter who spends most of her time in her head, and is annoyed by her father’s theatrics. Out of all his accomplishments, the last shot might confirm one…did they actually free the llamas?

Your Mother and I premiered at TIFF 2016 before traveling on the festival circuit. Maguire has already finished her next project, a short film she wrote, directed and acted in. Keeping busy, she will direct, for the first time, someone else’s words next summer and is also writing a feature about a difficult mother/daughter (this time) relationship.