He Took His Skin Off For Me

The story of a man who takes his skin off for his girlfriend, and why it probably wasn't the best idea...
READ REVIEW
Next Previous

He Took His Skin Off For Me 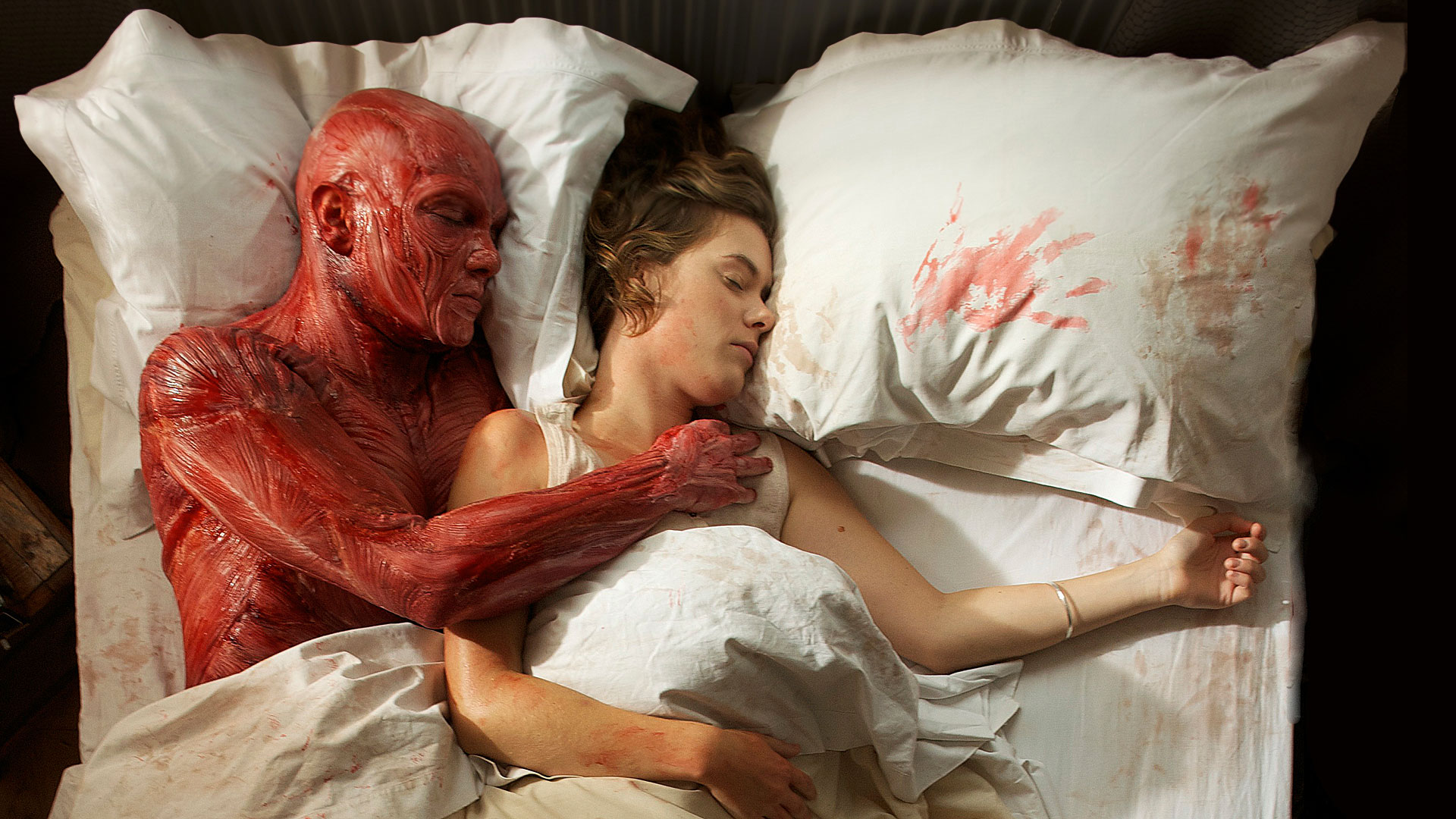 The story of a man making the ultimate sacrifice for his partner, Ben Aston’s He Took His Skin Off For Me is a twisted modern-day fairytale featuring some impressive visual FX work and a truly captivating narrative. Character-driven and surprisingly relatable, Aston’s latest short blends fantasy elements with relationship drama to create one of the most memorable and striking short films you’re likely to witness in 2015.

One of the things I love most about writing for Short of the Week is watching a burgeoning filmmaker find their voice and develop their style. HTHSOFM is Aston’s third short and the third of his films we’ve featured on SotW in the last 12-months (after Dinner and a Movie and Russian Roulette). If his earlier work showcased his comic timing, then his latest displays his talent for building unique and relatable on-screen narratives and orchestrating a hugely impressive production. Aston is a filmmaker with a flair for character building, he has that quite rare talent of making his audiences really care and empathise with his characters and his latest short is no exception. Despite the mythical premise at the core of HTHSOFM’s narrative, its story revolves around relationship issues we can all probably easily relate to. It’s a film about love, commitment and sacrifice and although his on-screen protagonist goes to extreme lengths to make his partner happy, it’s a fitting embodiment of the lengths we will go-to to please our significant other.

Quite often we’ll come across shorts with an unforgettable and eye-catching visual hook, but they’ll fall down when it comes to the storytelling – or vice-versa – this certainly isn’t the case with Aston’s short. Taking a narrative first approach after becoming somewhat obsessed with Maria Hummer’s original short story of the same name, director Aston knew that he had a captivating storyline for his film, but he also knew his film wouldn’t stand-up to scrutinisation if it failed to translate the fantasy scenario believably to screen. Putting together his own SFX team of over 12 people for the shoot, Aston enlisted the help of Colin Arthur (SFX supervisor for The Neverending Story) as somewhat of a mentor in this department. Determined to avoid CGI completely and go the route of practical effects, the film’s FX team built hundreds of individual muscle pieces to transform lead actor Sebastian Armesto into the skinless character of ‘Him’. Creating an effect that is as unsettling as it is beautiful, Aston admits he couldn’t be happier with the final on-screen effect, believing that its effectiveness in allowing its audience to suspend disbelief lies in the “tangibility of the practically photographed image” (the director speaks more about his teams FX work in our in-depth interview about He Took His Skin Off For Me).

If Hollywood and the talent scouts of the feature film industry really do have an eye on the short film world, then someone needs to get Aston and Hummer on the phone ASAP – as this is storytelling of the highest degree. As moving and relatable as it is visually impressive, He Took His Skin Off For Me has set the bar very high for the rest of the shorts we’ll be featuring on our site in 2015.

Find out more about He Took His Skin Off For Me and what director Aston is working on next in our interview with the filmmaker.