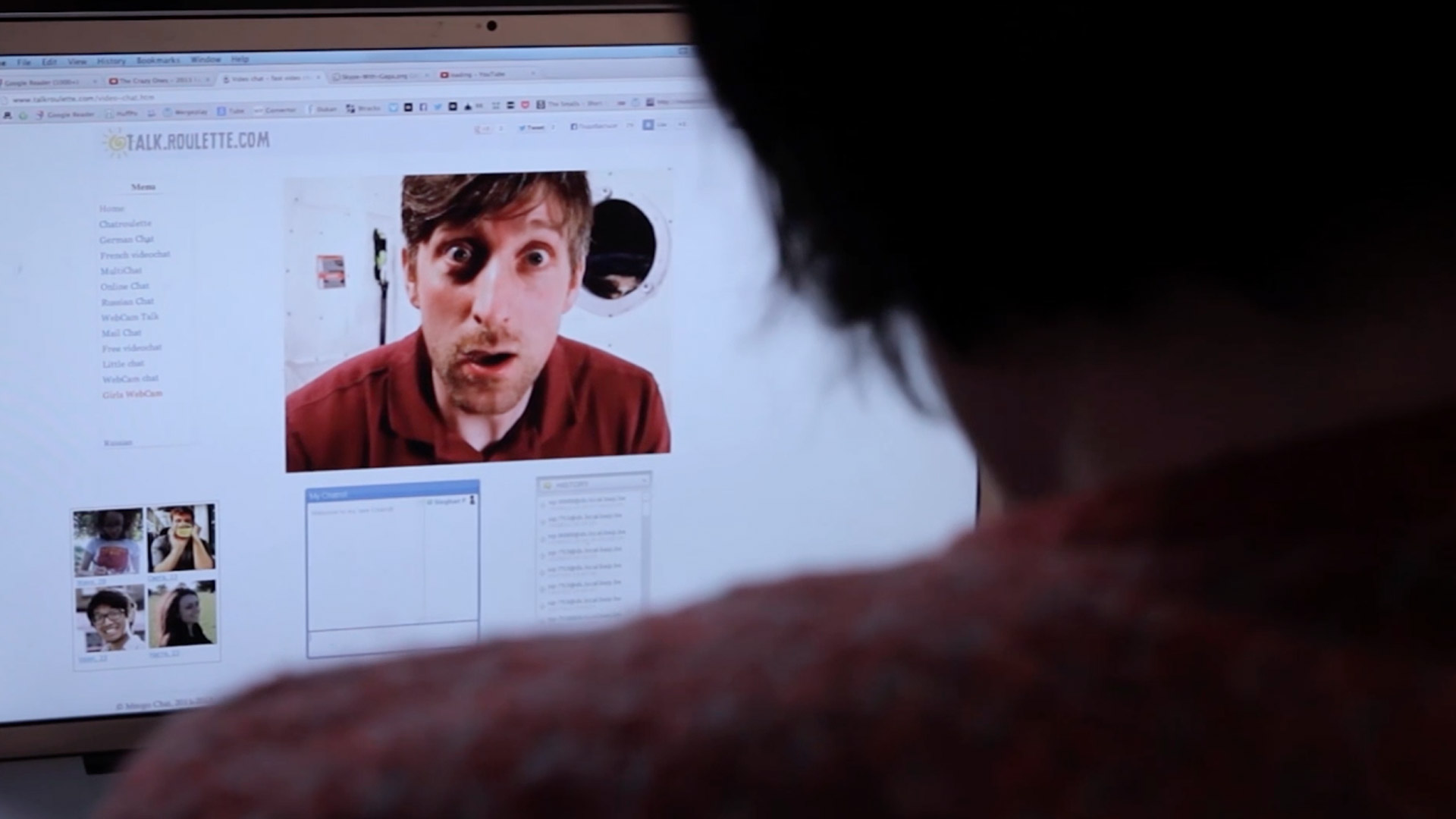 For a movie that is ostensibly centered on such a naughty topic (a cosmonaut seeking to blast off his rocket, if you catch my drift), Russian Roulette is actually, at its core, incredibly sweet. Our protagonist, Lucy, just wants someone to talk to. And, in turn, what results is a genuine interaction separated by thousands of miles of inky black void. See folks, the internet really does bring people together.

Unconstrained by the pressure of a large production, Russion Roulette is a testament to what can be accomplished with strong acting and a solid script. In the short world especially, it’s easy to get blinded by visual pizzazz and unnecessary fluff. Here, Aston strips everything down to its cinematic roots, crafting something that’s small in scope but big in heart. The characters are funny, yet relatable, and the final punchline will induce giggles while simultaneously warming your soul.

As Aston relates, “As an audience we never leave Lucy in her room, which is part of the fun, but also posed a challenge. How do we make watching a screen (on a screen) interesting? The answer is to cast great people and let them fill the screen with their performances”

This stripped down approach was evident in every aspect of Russian Roulette’s creation. Due to the intense post-production timeline of He Took His Skin Off For Me, Aston needed a palette cleanser—something light and fun that allowed him to just work with actors again. The film evolved quickly—Aston and screenwriter Oli Fenton worked out the plot, using astronaut Chris Hadfield for inspiration. The rest fell into place with the casting of two stellar comedic performers, Bec Hill and Stewart Lock, and a bit of low-budget ingenuity to craft the “space set.” Aston reveals that production designer Jonathan Hilson crafted everything for about £50. For those interested in the details, the station walls are lined with cut-up recycling bags and the earth is just a poster on a black sheet. This is complimented by some loose ethernet cables, a broken fire alarm, and a bunch of spray painted bottle caps. Yergey’s “weightlessness” is an office chair with the back taken off. If interested, check out the making-of video here.

Having two films appear on this site within just a few months of one another, obviously we’re big fans of Aston’s work. Keep watch for his much larger production, He Took His Skin Off For me, which begins its festival run later this year. If there’s a downside to being featured twice on this site already, Mr. Aston, it’s that expectations are now quite high for your next effort. No pressure—we swear.
Vimeo Film Website
LIKE TWEET