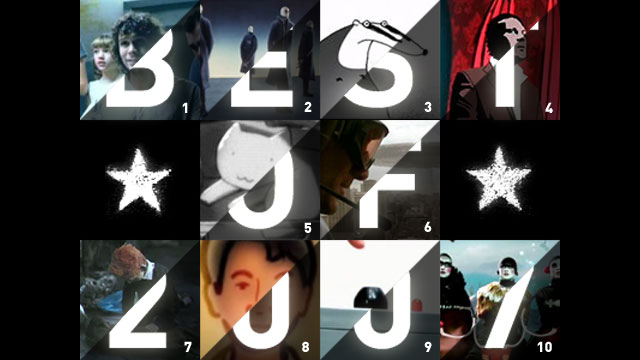 2. Balance – A group of men stand atop a floating platform only to find their balance disturbed by a musical box and their own greedy ambitions (claymation).

3. Badgered – All the badger wants is some peaceful rest; difficult when you’re resting over an underground missile launch site.

4. Abigail – A seemingly random set of events occur on a jet diving toward its doom.

5. She and Her Cat – A dreamy anime about a cat’s love for its young female friend.

7. Dog – To a child, mercy and murder can look an awful lot alike. This dark claymation tells the story of a kid and his sick dog.

8. Living in the Dark – A son’s temporary blindness bring him and his father closer in this beautifully animated short.

9. Black Button – This student film poses a difficult moral dilemma—would you push this button for $1 million?

10. City Paradise – Learning a new city is challenging. This stylized animation takes us through the strangeness of London as witnessed by an immigrant.