A Japanese woman finds herself in the cold heart of a gloomy and uninviting London. But there's more that lies beyond the surface
READ REVIEW
Next Previous 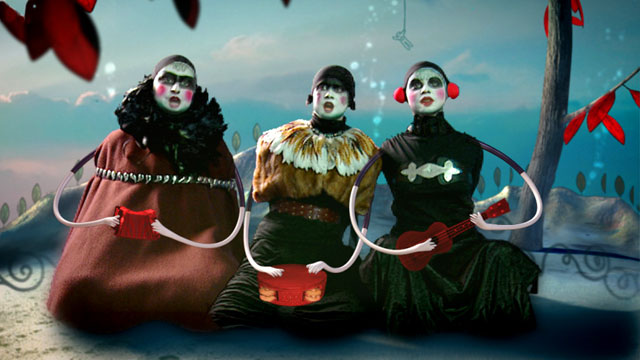 Nominated for a 2005 BAFTA Award (the British Oscar), City Paradise captures the fear and uncertainty of new environments. A young woman’s first day in London leaves her with the unflattering impression of wet streets and starchy residents. The story takes a plunge into the depths of surrealism when the young woman stumbles upon an underground world full of interesting people and beautiful music. She learns to see the beauty underneath the grime, and suddenly, all looks brighter.

A carefully composed color scheme and the seamless combination of video and animation make this short a visual masterpiece. Footage of heads and bodies are carefully stitched overtop animated legs and limbs for a strange yet highly mesmerizing effect. This 2D animation was done by Louis Clichy, the creator behind A Quoi Sert L’Amour (The Perils of Love), Short of the Week #19.