Austin’s population swells by 100,000 every year for SXSW, but our viewership is way more than that! I’m here judging the narrative shorts, but safe to say there are more than a few of you that are maaaaaybe feeling a bit of FOMO. Don’t! The excellent SXSW shorts lineup is filled with awesomely cute, gross, freaky, captivating shorts that you can watch right now. Go grab takeout from your favorite taco joint, and dig into these 11 official SXSW selections we’ve rounded up.

Kelsey Godlych‘s senior thesis film from SCAD is tailor-made made for the internet: brief, adorable, and about cats. While it’s not normally the type of film we’d feature on SotW (it’s perhaps too much of a “punchline” short), admittedly, it is a pretty damn good punchline. The film is bolstered by a fantastic art style and great sense of timing. We love the look of the lead character and her pastel colored environment. And, of course, make sure to stay through the end credits. It will only cost you a few minutes of your time.

A short profile doc on street artist MissMe—a sort of Banksy-esque underground figure with a feminist bent.  While the short portrait documentary field is certainly overcrowded, director Mohammad Gorjestani’s film is beautifully shot and quickly paced. It’s got a certain energy that can’t be denied (much like artwork driving the film). Plus, the central character is an inspiring symbol of artistic authenticity and self-liberation. A former advertising executive, MissMe ditched her high-profile corporate day job to become a counter-voice to the objectification of women in the mainstream advertising world. Girl power, indeed.

Who would have thought this dirty little sketch would have such legs when we first featured it way back in June of last year? Not only was it Staff Picked by Vimeo, it even played Sundance. Now, it’s on its way to Austin. Kudos to director Andrew Laurich and co-writer Gabriel Miller for having the *ahem* balls to take a dirty joke so very far.

This trippy duo of Fort Lean music videos, edited together into one bizarre mishmash of surreal storytelling and jaw-dropping craft, blew our Short of the Week socks off when we featured in February this year. Described in our write-up as a story that revolves around some ‘truly evil genetically-modified takeout food that transports it recipients to a bleak nightmarish world inhabited by unrecognisable creatures’ it’s a premise that feels perfect picked for the festival’s audience….be warned though, it might put you off Chinese food for a while!!

THE GIRL IN THE YELLOW DRESS

With a painterly aesthetic that seamlessly blends with the Jazz fueled sound of this David Gilmour track, The Girl in the Yellow Dress immerses you in a world of lovesick musicians and hazy nightclub exploits. A beautiful piece of animation that feels like the quintessential companion to this dreamy track, it’s really hard not to get totally wrapped up in this 5-minute music video…and we’re not just saying that because Short of the Week’s Jeanette Bonds produced it.

A short from a six-part anthology of stories celebrating the resilience of New Orleans 10 years after Hurricane Katrina, Monroe’s 13-min film takes its audience on a reflective journey through the mind and memories of Dr. Mtangulizi Sanyika, a 72-year-old with a lifetime of stories to share.

Any question on why Casanova’s film is being played at SXSW’s “Midnight” program can be assuaged simply by the premise: it’s about a girl with an asshole for a face. Yes, you read that right. Honestly, we’re not sure if this film is just gross or pure-genius. Maybe it’s a bit of both? Regardless, we’re pretty sure you’ve never seen anything quite like it. 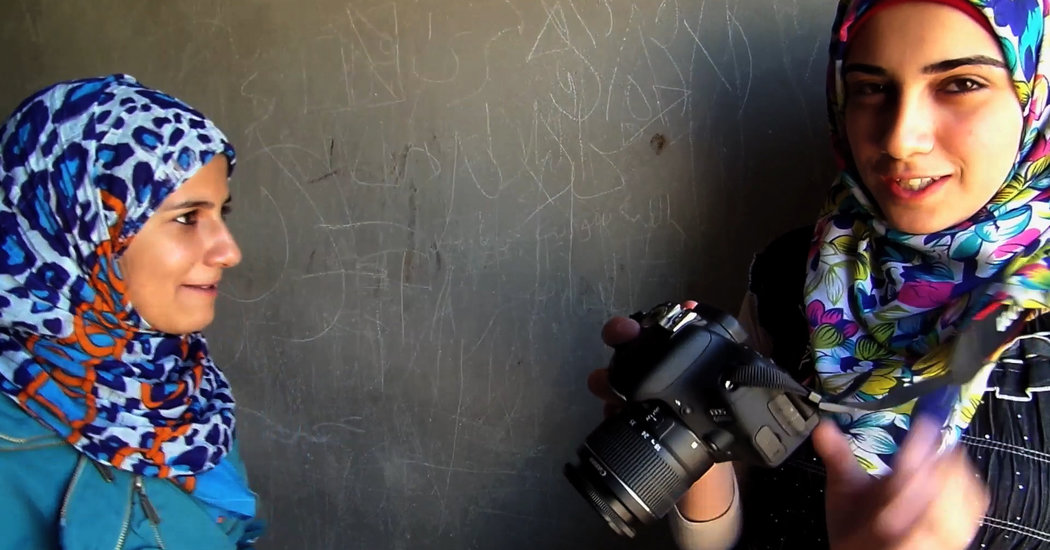 ANOTHER KIND OF GIRL

In this short documentary, a 17-year-old Syrian films an intimate portrait of life in her refugee camp. It’s not only a refugee story, but also one of an aspiring young filmmaker learning her craft. Already featured by the NY Times’ fantastic OpDocs series, it provides a rare human perspective on a topic that is so often generalized by the nightly news. Jibawi’s film proves that people are more than just statistics, and  that often times the purest form of documentary can simply be telling your own personal story.

Admittedly, over the past few weeks we’ve become Daniel Cloud Campos fanboys/fangirls. His collaboration here with another SotW Alum, Spencer Susser, is a frantic, mad-cap, and altogether astonishing display of stop motion craft. Is it deep? No. But, it’s engrossing to watch—the sort of thing you’ll be itching to share on Facebook as soon as you finish viewing. This level of visual wonder takes a lot of effort to pull off. According to Campos’s twitter, it took four days of production per 30 seconds of finished film.

A fantastic single-take short from those anonymous wizards at the Takeaway Scenes project. We’ve been huge proponents of this performance art series from the get go, so it’s awesome to see them receive recognition at a high-profile film festival like SXSW. While all the various Takeaways scenes are impressive cinematic exercises, Jumpers takes it to a breathtaking level by setting its long take in front of a Parisian skyline that is exploding with fireworks. It’s a visual and emotional achievement—both in terms of technical craft and compelling human interaction. The big question? Will the Takeaway Scenes creators reveal their identity in Austin? According to this Indiewire article, while they plan on attending, they won’t unamask themselves to the public just yet.