A desperate son reconnects with his estranged father to ask an unspeakable favor that will change their lives forever.
READ REVIEW
Next Previous 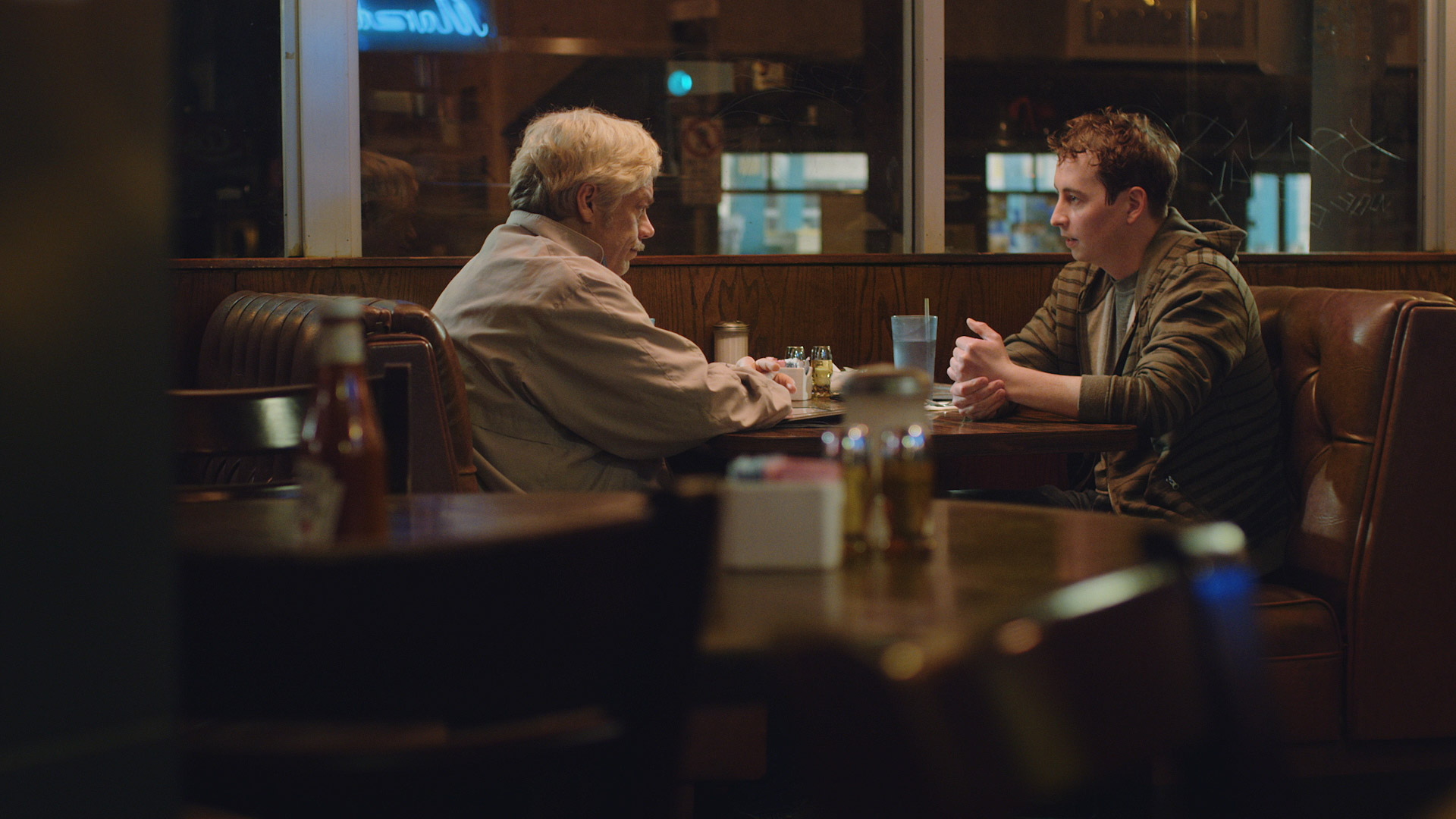 Happy Fathers Day! In order to celebrate this manufactured Hallmark holiday, we figured there was no better film to feature than director Andrew Laurich’s A Reasonable Request. It’s a simple, touching tale about a father willing to sacrifice himself in order to reconnect with his son. Yeah…that’s right…it’s a sweet tale of a father and son “coming” together. *snickers uncontrollably, falls off chair*

Writing about a film such as this is a somewhat challenging endeavor, as it’s essentially impossible to discuss without ruining the central joke. Needless to say, we promise that the protagonist’s request from his Dad isn’t what you’re expecting—it’s as filthy as it is darkly hilarious. Nothing visually on-screen is NSFW, but like Clerks proved way back in the aughts, sometimes all it takes is dirty dialogue to get that R-rating. You might not “see” anything, but the film incites mental visuals that you can’t “un-see.” For a short that only features two guys talking in a diner, it really does stick with you.

What separates this film from a comedy sketch? To be honest, not much. But, there is depth here. Although the film is essentially just a conversation that escalates with a terrifying sense of comedic absurdity, as it goes on, we gain some perspective on larger subjects. For one, there’s this idea of one’s dignity as a product. It’s a concept that has been addressed before—from reality television to last year’s indie feature Cheap Thrills. But, here it works in microcosm—a simple extrapolation of the old “would you do ‘blank’ for a million dollars?” game we’ve all been playing since elementary school. The premise is oddly relatable, no matter how horrific it may seem. We all have a monetary breaking point, right?

The film is simply shot, but looks fantastic (kudos to cinematographer Scott Uhlfelder). And, the two protagonists—John Ennis (Mr. Show, Arrested Development) as the Dad and Stephen Ellis (Hail Caesar!, Delivery Man) as the son—are both expert comedic performers. Comedy is as much in the timing and delivery as it is in the dialogue itself and both actors nail it here.

Director Andrew Laurich elaborates about his goals with the film: “I loved the idea of starting with an utterly absurd concept, and attempting to ground it in real characters with relatable dilemmas. I relished the challenge of it.  The goal was to play it as straight and authentic as possible, letting the humor come from the absurdity of the situation.”

Andrew Laurich is currently working on more short film projects with his co-writer Gabriel Miller. Hopefully, they will be just as demented as A Reasonable Request. To keep up date, be sure to check out his website.