Deep in the forest, a hunter encounters a strange creature he cannot kill.
READ REVIEW
Next Previous 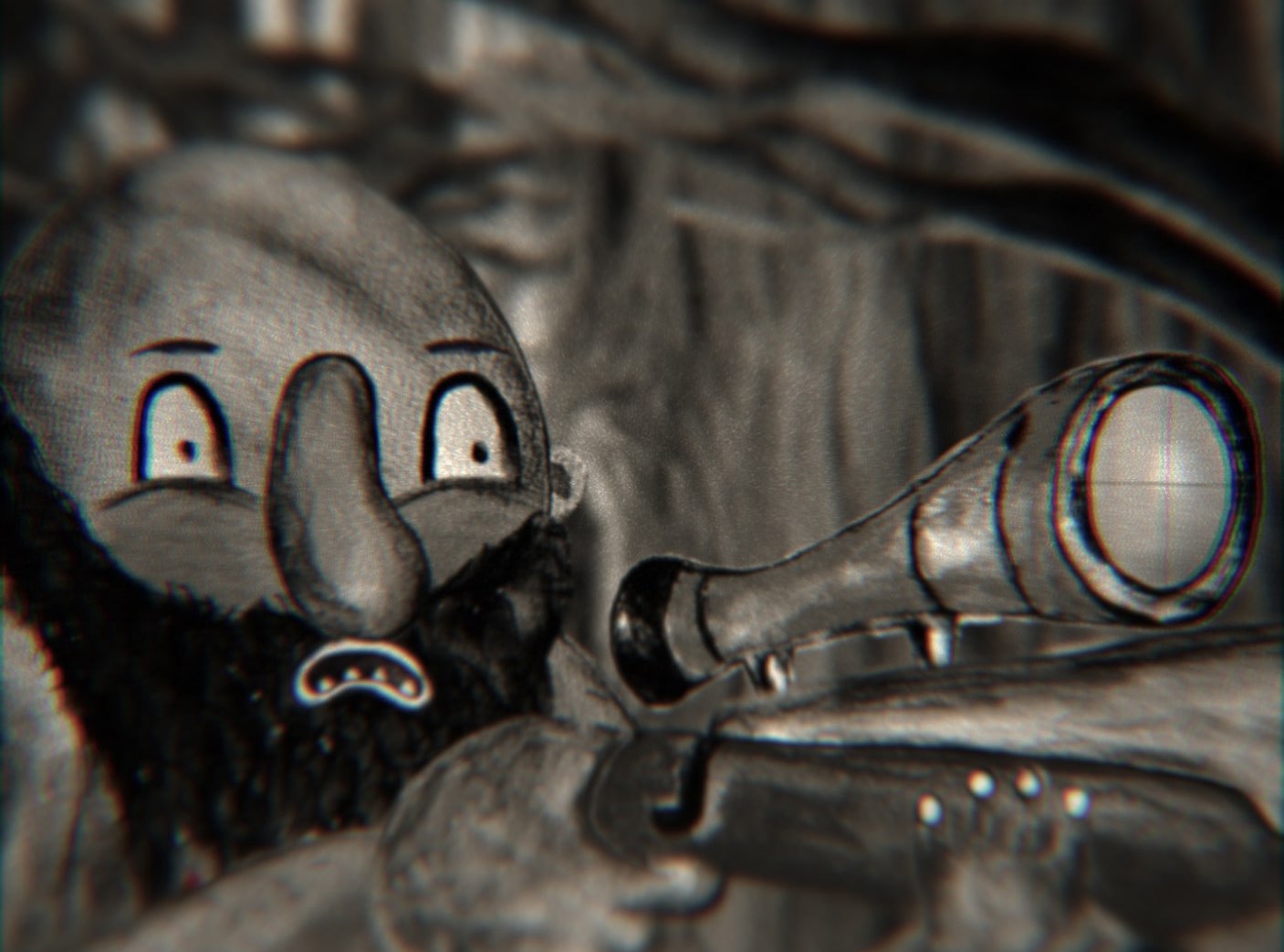 Returning to our site after a nine-year absence, UK filmmaker Stephen Irwin is back on Short of the Week with frenzied 10-minute animation Wood Child & Hidden Forest Mother. A bizarre trip into the world of a bloodthirsty hunter and his encounter with an immortal creature, Wood Child was a hit on the 2020 festival circuit (I was blown away when I saw it as part of the BFI London Film Festival in 2020), earning nominations at Fantoche, Go Short and Sundance and picking up awards LIAF and the New Chitose Airport International Animation Festival, before dropping online in July 2021.

Opening with a shot of its hunter character traipsing bare-ass through the forest with a rifle over his shoulder, Irwin quickly immerses us in his bizarre vision as the short cuts to the woodsman’s perspective, staring through the scope of his weapon as he obliterates a menagerie of unusual characters. All is going to plan until he sets his sights on a strange and colourful character (everything has been monochrome until this point) who seems far too happy to see him. 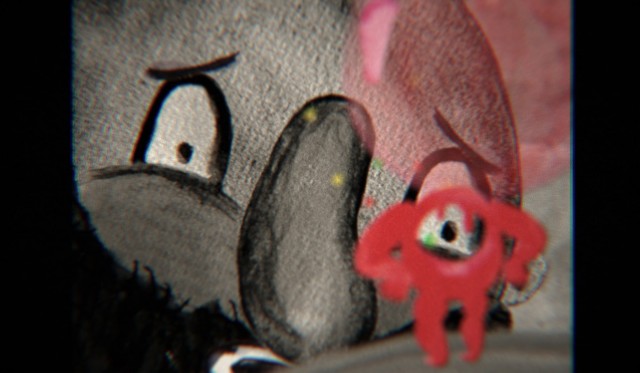 The arrival of this colourful, impish character will change the hunter’s life forever.

With inspiration coming from a variety of unexpected sources – the painting of Saint Eustace at Canterbury Cathedral (which came to Irwin’s attention via the novel Riddley Walker by Russell Hoban) and The Vision of Saint Eustace by Pisanello – Irwin took motifs from these artworks as a beginning point for his film. Interested in exploring themes of birth and motherhood, the concept of eternal return – which the director explains is the belief that “the universe and everything in it are said to have been recurring, and will continue to recur an infinite number of times” – was also influential in Wood Child’s unusual storyline.

“It had a folkloric feel from the start”, Irwins reveals, discussing the development of his short and the filmmaker is keen to highlight his choice of music (Huapango by Jose Pablo Moncayo) as a motivator in taking this approach, stating the song has “its roots in folk”. With the filmmaker explaining how his soundtrack choice “not only dictated the pace and rhythm of the film, but also its tone”, Irwin hope it adds to the “upbeat and joyful feel” of his short. 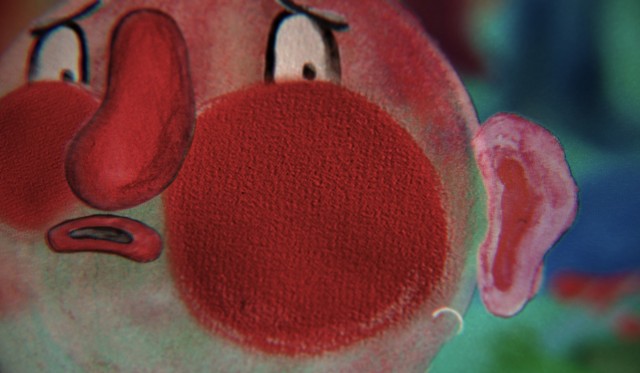 ” I’m sure some will disagree, but I think the film has an upbeat and joyful feel” – director Stephen Irwin

Despite its oddities, “joyful” is exactly the term I’d use to describe Wood Child, its infectious energy leaving me dazed and happily confused every time I’ve watched the short. Its trippy aesthetic – painted, scanned and assembled in Photoshop, before being laid out in multiple layers in a 3D space (as if it was being shot with a multiplane camera) in After Effects – feels perfectly suited for its twisted fairytale narrative, the virtual camera constantly frantic and never settled. I can understand how Irwin’s short won’t be for everyone’s tastes, but personally, I can’t get enough of it.

If you’re new to the work of Stephen Irwin then you’re in for a treat, with three of his shorts – The Black Dog’s Progress, Atomic Hubbub and Moxie – available on S/W and his previous film, The Obvious Child (another festival favourite), also online. With six years between his last two shorts (in which he did write his first feature-length screenplay), let’s hope we don’t have to wait so long for more new work from one of our favourite animators.