Hedgehog’s unwavering devotion to his home annoys a quartet of insatiable beasts. Together, they march off towards Hedgehog’s home and spark a tense and prickly standoff.
READ REVIEW
Next Previous 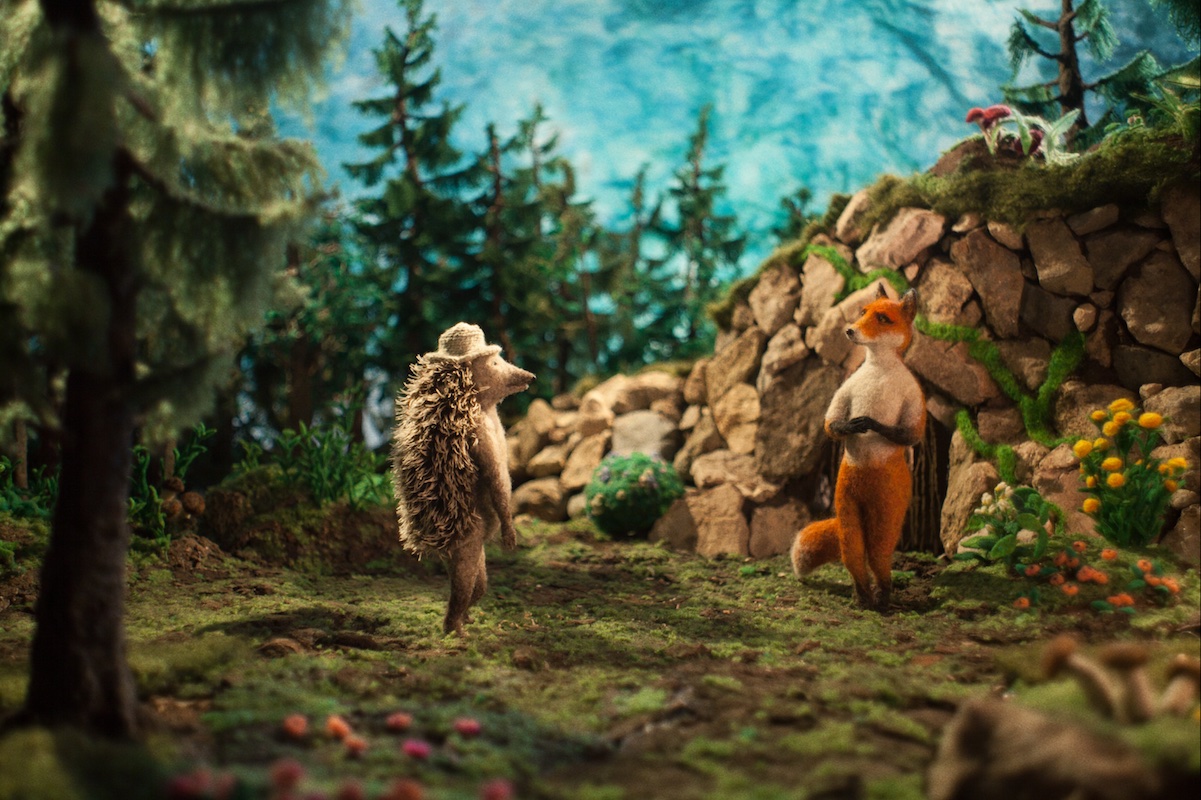 Picking-up awards at festivals worldwide, including Annecy, Ottawa, GLAS and more, Eva Cvijanović’s 10-minute stop-motion Hedgehog’s Home blends eye-catching craft with moral-based storytelling to create an impressive short that can be enjoyed by young and old (and everyone in-between). The tale of a hedgehog (named Hedge) and his fondness for his humble home, this is a story of contentment and understanding, a narrative than can inspire children and reassure adults.

Based on a classic Children’s book (with the same title) by Branko Ćopić, Cvijanović was eager to employ stop-motion in her production as a way to move away from the iconic illustrations of the original book.

“By doing it in stop-motion that was already a step away from them”, the filmmaker reveals in an interview with Ben Mitchell on Skwigly. “it was really something I enjoy doing. I’m a bit heavy-handed and I feel to be a good stop-motion animator you really need to be into the precision, and you need to be a bit obsessive about it, so we chose to work with two really great animators, Thomas Johnson and his wife Ivana Bošnjak, who live in Croatia now”.

The decision to employ needle felt animation for the film’s aesthetic was certainly an inspired one. Though comparisons are bound to be made with the standout short in the style, Oh Willy…, and to some extent with Wes Anderson Fantastic Mr. Fox, Cvijanović and her team ensure their film has incredible attention-to-detail and enough individual touches to make it feel like an original, instead of an imitator.

The subject of home has proved fertile ground for storytelling in short film. We’ve seen documentaries exploring ‘what makes a house a home’, a BAFTA-winning narrative exploring modern-day refugees and a cute Pixar-styled animation that follows a house on a road-trip, but Hedgehog’s Home might be the most straightforward examination of why we love our home comforts yet.

However, it’s the simple nature and classic approach to storytelling that gives this film its universal appeal. In terms of storytelling, it doesn’t really break new ground, but for a ‘family-friendly’ film it’s just too good to ignore. It’s the kind of film that could (and should) inspire a whole new generation of animators.