Forced to return to his naturist roots, Willy bungles his way into noble savagery - 'Oh Willy' is an animated festival-favourite made entirely from wool.
READ REVIEW
Next Previous 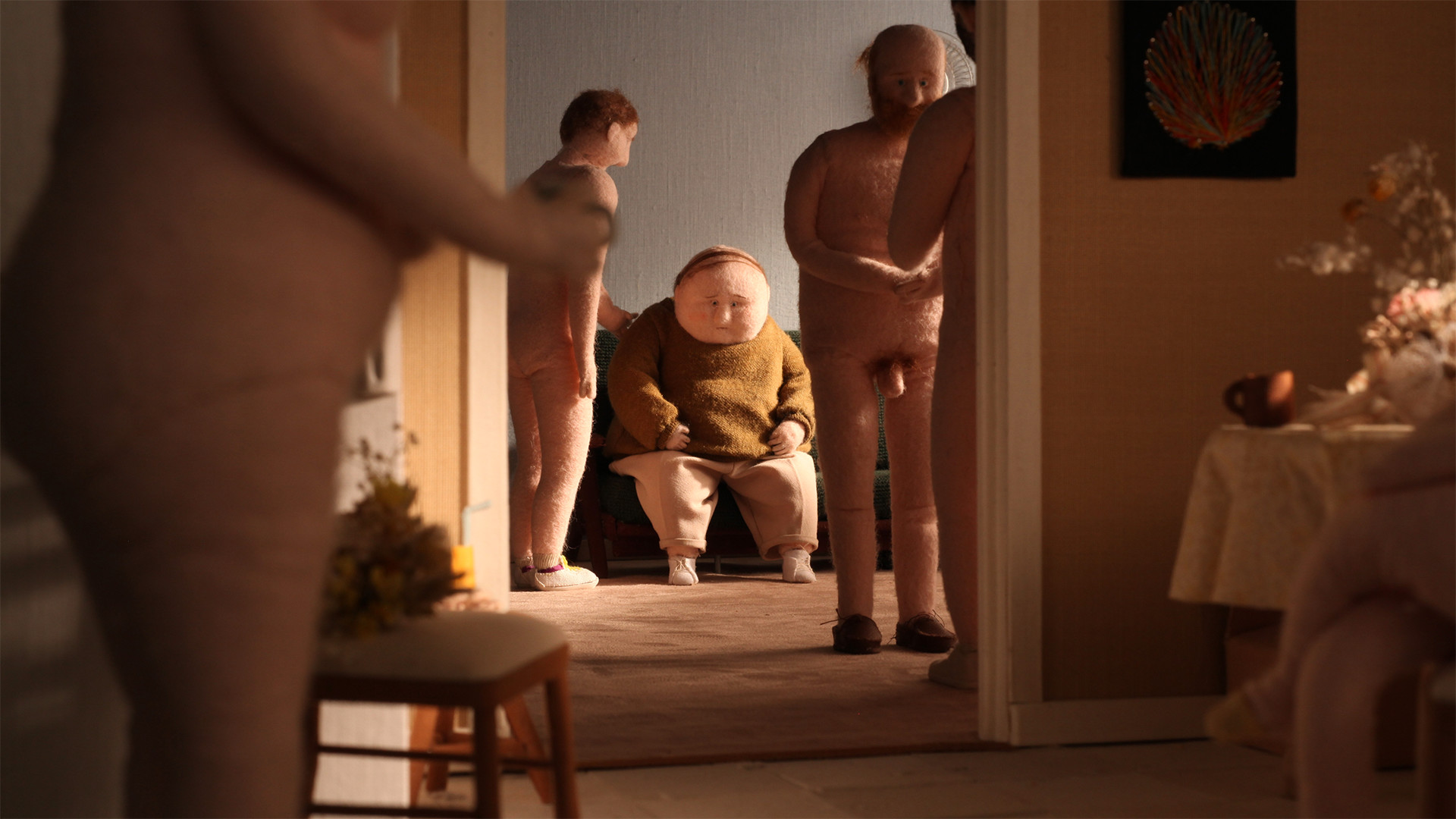 Inspired by Diane Arbus’ photographs of people living in nudist colonies and made entirely out of wool, Emma De Swaef and Marc James Roels’ Oh Willy… is finally online for everyone to bask in its soft, strange knitted universe. Winner of the renowned Cartoon d’Or award and a huge hit on the festival circuit, where it screened and won awards all over the world, this is a short that lives long in the memory due to the contrast between its fluffy aesthetic and moving narrative.

Although the poetic nature of the storyline means that this isn’t a short that’s all style over substance, Oh Willy… is a film that’s hard to discuss without mentioning the incredible visual style created by De Swaef and Roels. Designed with the intention of working within the limitations of animating with wool, the filmmakers explained in an interview for Directors Notes how playing to the textiles advantages was key in their aesthetical decisions. “We wanted to retain the fuzzy, wiry texture of the wool”, De Swaef reveals, “so green-keying was almost immediately ruled out. We have a very low-tech approach and wanted to create a sense of wide open space on set without relying too much on post-production. Every element in every shot was a real on-set element so we had to come up with all kinds of on-set solutions to make everything look ‘real’. For example, distant objects needed to be scaled down and diffused to create a sense of distance, we strapped wool to the lenses to create foreground fog, we made huge diffusion panels using cheap plastic and created clouds by suspending bits of freshly cut sheep’s wool on chicken wire.”

The techniques used might be best described as lo-fi, but the end product is anything but! A film those on the festival scene have been talking about ever since it first screened back in 2012, Oh Willy… hasn’t lost any of its impact since it was originally created. Since completing the film, the duo have worked together on commercials, film festival trailers and even the odd awareness campaign. If you like their style, you can check out more of their work on their Vimeo account and we’ve even featured an equally odd live-action piece from Marc in the past that’s definitely worth a watch.