All houses have a story, some have an adventure
READ REVIEW
Next Previous 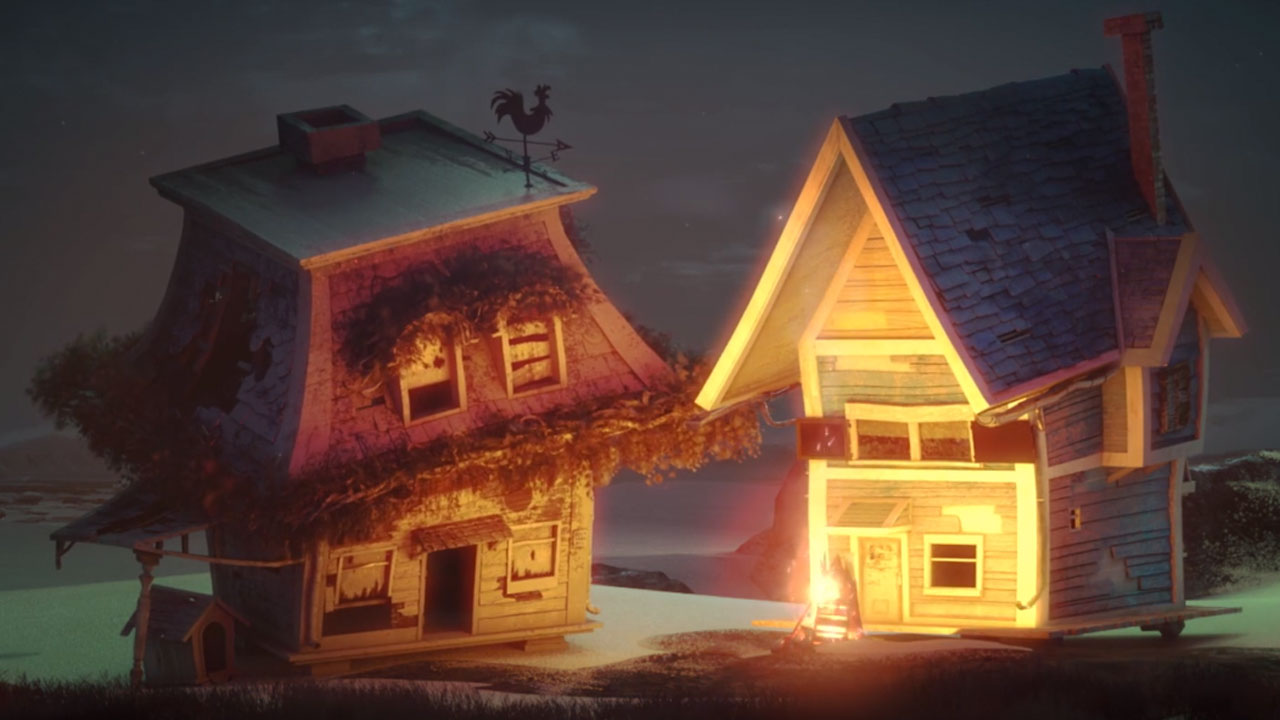 Screened at some of the biggest film festivals worldwide, 2013 Supinfocom animation Home Sweet Home has charmed and entertained audiences wherever it has played with its stunning visual style and moving narrative. With the Supinfocom brand becoming well-known for producing animation of the highest technical quality, directors Pierre Clenet, Alejandro Diaz, Romain Mazevet and Stéphane Paccolat might just have created the most aesthetically impressive short to come out of the French computer graphics university so far.

This is the story of a house which escapes from its suburban foundations and sets off on an epic journey.

Tackling themes of friendship, travelling and death in its 10-minute duration, Home Sweet Home combines elements of road-trip, apocalyptic and buddy narratives in its story of a couple houses travelling across America. Set in a universe where humans no longer exist (or perhaps just aren’t seen), the Home Sweet Home team do a great job of attaching emotion and personality to their 4-walled characters. It’s a pretty light-hearted romp considering the concept was based on the American housing crisis (a lot of the design of the early scenes was inspired by photographs of abandoned Detroit buildings) and although it’s a film that covers some fairly heavy topics, Home Sweet Home feels like a short the whole family could enjoy (lets face it – it’s no darker than that opening to Up).

Narratively, Home Sweet Home is a short that feels like it could benefit from a tighter edit, the pace can be a little slow at times and its probably a couple of scenes too long, but this is somewhat forgiven when you spend its less-engaging moments taking in the meticulously designed environments. Visually, it feels like it’s an animation that can stand-up to the work coming out of some of the largest animation studios around (and its hard not to compare the aesthetic to the 2006 feature animation Monster House) and lets be honest here – it’s the style that wins us over at the end of the day. Sure its storyline has some touching moments and surprisingly well-rounded characters, but it’s the technical achievements of these 4-animators that has got everyone talking (the film has already clocked-up over 160k views on Vimeo since being released over a week ago). Whether you want to deem it a calling-card for the industry they want to work or a passion-piece dedicated to the medium they love – it’s really hard not to be impressed.