When a dinner party takes an unexpected turn, Zoe ruins the night for everyone.
READ REVIEW
Next Previous 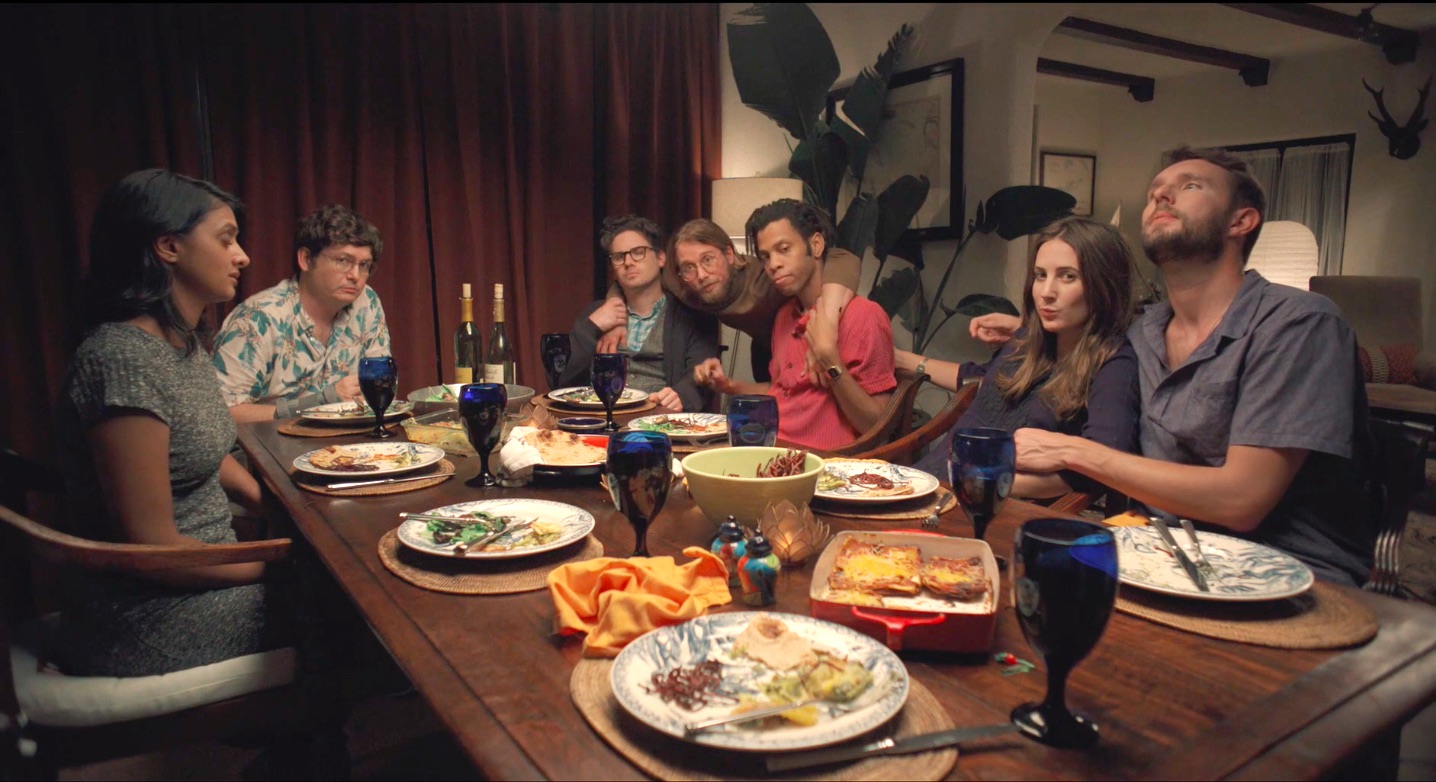 “What’s the point of friends if you can’t f*ck each other once in a while?“

It only gets more uncomfortable from there, after one of them, Zoe — played by writer/director Rubin — isn’t really onboard with the idea. Which, in an “open” and “progressive” setting like this, means that she has to face accusations of being close-minded and offensive. How should one react to that?

A Good Dinner Party is a socially conscious farce that will make you cringe-laugh throughout — but it might also make you… think? “We live in a sensitive hyper PC culture at the moment”, Rubin explains when discussing the inspiration for her film. “I wanted to make something that weighed both sides of that argument by asking: What is offensive? What is homophobic? Where is the line?”

We last featured Rubin on S/W when we showcased her The Last Virgin in L.A. film and since then she has continued developing her particular voice as a filmmaker of uncomfortable, socially awkward comedy, with her self-aware on-screen persona injecting an additional special flavor to her oeuvre.

At the risk of using the well-trodden phrase “she might be the new [insert director’s name here]“, I can’t help but see her in the tradition of independent filmmakers who put themselves front and center in their own work and create a kind of “brand“ for their work – such as Lena Dunham or Joe Swanberg.

Between The Last Virgin in L.A. and A Good Dinner Party, Rubin produced a handful of other short films, a music video, and a mini-web series for Comedy Central, adapting her inimitable sensibilities to various formats. Given her unique style and persistent work ethic, I sincerely believe that her big break is overdue and we’ll be hearing a lot more from her in the years to come.