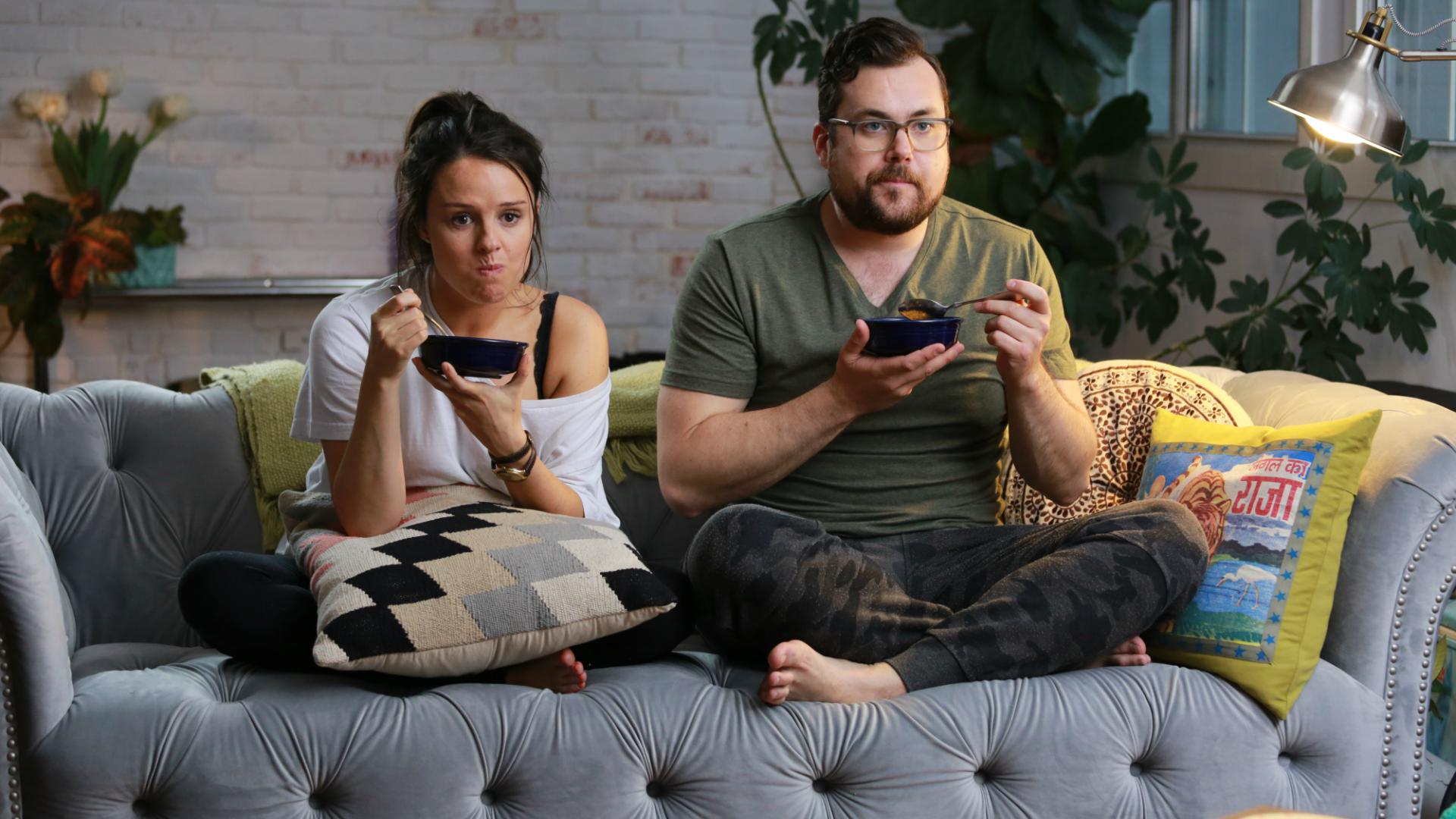 Turning 30 sure feels like a milestone. Are the series of bad decisions, typical of the 20’s, over? Are crazy and fun adventures turning into evenings on the couch eating cereal and Netflix and chilling with your s/o? These are the concerns of the protagonist of 3-Way (Not Calling) – with her landmark birthday approaching, Mel starts to panic about becoming boring and decides to rectify this by asking her partner to have a threesome. Facing the same milestone as her lead character, director Molly McGlynn wanted to write a funny script, rooted in deep truths, about relationships and sex once your glory days are behind you. The authenticity that McGlynn delivers is both highly relatable, and makes for highly effective and entertaining comedy.

Introducing the stability and security of her on-screen couple early in proceedings, by showing Mel and Kevin in PJs watching Game of Thrones (I think) eating Cheerios (I think, or I project), McGlynn does not shy away from capturing the unglamorous part of their committed relationship. The angst of turning 30, and fear of stagnancy in her love-life makes the lead want to do something rather irrational to prove to herself that she is still fun. From finding the perfect unicorn, to what happens after the deed is done, the road to a daring and sexy threesome is paved with awkwardness though. Just like real life I suppose. In a nice touch, McGlynn cleverly contrasts Mel’s angst with Gina, their millennial barista, who envies the stability and comfort of their lifestyle while Mel aches for her younger days.

McGlynn has a distinctive voice and sense of humor already well-established in her previous work. This is her most mature effort to date, and it works perfectly on a story like 3-Way (Not Calling) in order to maximise the comedic aspect. She penned a very funny script, with cynical and dark humor which pairs perfectly with the awkwardness of all the situations. Shot in only two days, the lack of time allowed her to only have a couple of shots at each scene, it ended up working in her favor though by highlighting the comedic way the characters interact with their environment. Ultimately, the strength of the performances deliver the laughs. Emma Hunter, Emily Coutts and Kristian Bruun perfectly portray the mixed feelings of the characters in a funny way.

3-Way (Not Calling) premiered at TIFF 16 and has been touring the festival circuit ever since – picking up a ‘Best comedy’ award at Miami Shorts Fest along the way. With her debut feature Mary Goes Round (also produced by Wildling Pictures) premiering at TIFF 17, Molly is already working on writing her next feature, to find out more about her work, visit her website below