In an attempt to spice up their relationship, Mark persuades his girlfriend Allie to help him throw an orgy...but things don't go as planned!
READ REVIEW
Next Previous 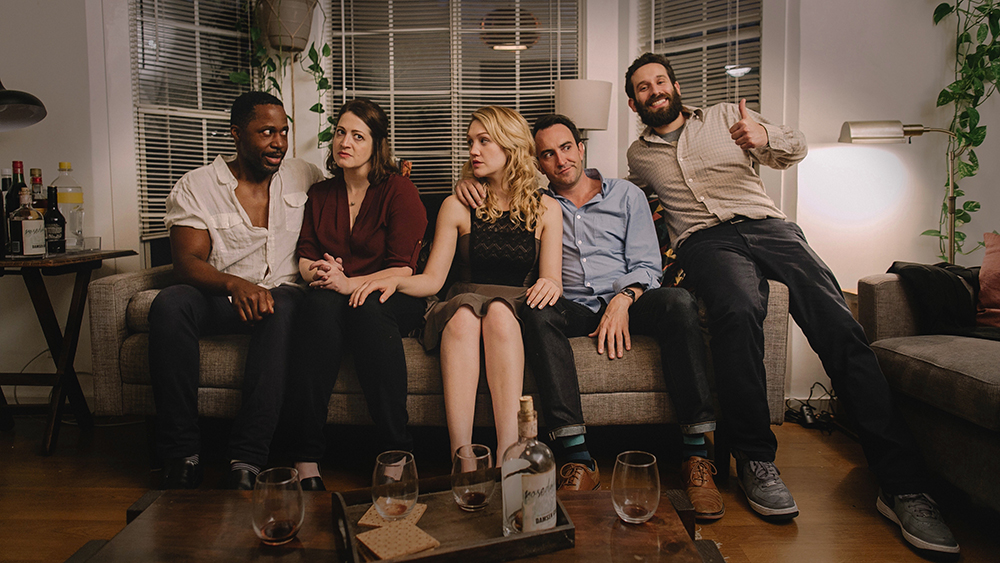 It’s no secret that once lust fades, relationships can get a little boring if you aren’t willing to spice things up. Joel Jay Blacker’s latest short Let’s Do It begs the question of how far couples may be willing to go for each other to keep their relationships exciting.

The premise of this film alone is taboo and you won’t help but be enthralled by it. Blacker reminisced with us about being a kid when his parents threw lavish parties, inviting everyone from the neighborhood. He remembers how they drank and danced together and how looking back, he always wondered what would have happened if those parties got a little too risque. Specifically he asked himself, what would be the next step?

Let’s Do It is an all together anti-romantic comedy and definitely won’t disappoint you in shock factor in how it pushes its characters over the edge. When a “friend” everyone hates shows up to the soiree by mistake, you’ll witness a symphony of the best and worst of relationship woes.

Fueled by his fascination with pushing his characters to the breaking point, Blacker backs his ensemble into a corner they cannot get out of: an uncomfortable sexual experience together. With absolutely enthralling, dare I say titillating, performances, Let’s Do It captures the subtle nuances of dissatisfied partners, insecure lovers, and hopeful outsiders. Each of Blacker’s characters, including Steve the “Gremlin” and desirable Kate, represent the extremes of people that you either are or can relate to. In this way, you’ll be putting a familiar face to every role played.

If you’re down for debauchery, appreciate dick jokes, and love a cocktail of disaster, Let’s Do It is a must watch!

Blacker is currently working on developing the feature script for Let’s Do It, following the same characters and then some. With more screen time, we can imagine things will get much more out of hand.