In a self-effacing attempt to save his father from a death by deterioration, a young man enlists his curmudgeonly boss and Kelis to perform a song, and a miracle.
READ REVIEW
Next Previous 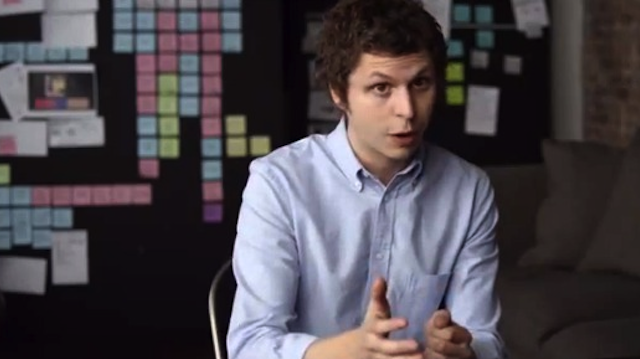 In Michael Cera’s directorial debut Brazzaville Teen-Ager, based on the short story of the same name by novelist Bruce Jay Friedman, a young man, played by the Cera himself, has to convince his intimidating boss to sing back-up on a Kelis track in order to save his dying father’s life.

Michael Cera takes the nervous, unconfident screen persona that he developed over the years in Arrested Development and films such as Superbad and Scott Pilgrim vs. the World  to add a surreal take on the despair of a young man who goes to great lengths to pursue an absurd idea he inexplicaply knows will help his estranged father.

Although my personal opinion is that Cera’s acting skills serve  a project best as a supporting actor, the short form is a perfect showcase for his leading-man chops. The real revelation in Brazzaville however is his directorial skills, which seem innovative and well-crafted, the high production value of the film clearly visible and benefitting the unusual story.

The short was made as part of the new YouTube network JASH, co-created by Cera and stand-up comedian/actress Sarah Silverman (The Sarah Silverman Program), comedian/musician Reggie Watts (IFC’s Comedy Bang Bang) and the absurdist comedy pair of Tim Heidecker and Eric Wareheim (Tim and Eric Awesome Show, Great Job!). JASH was formed under the YouTube Original Channnel Initiative and officially launched at this years SXSW.