From the creative duo behind "Greener Grass", a new short. A little boy feels betrayed when his mother has another son and decides to give her a taste of her own medicine—by summoning another mother.
READ REVIEW
Next Previous 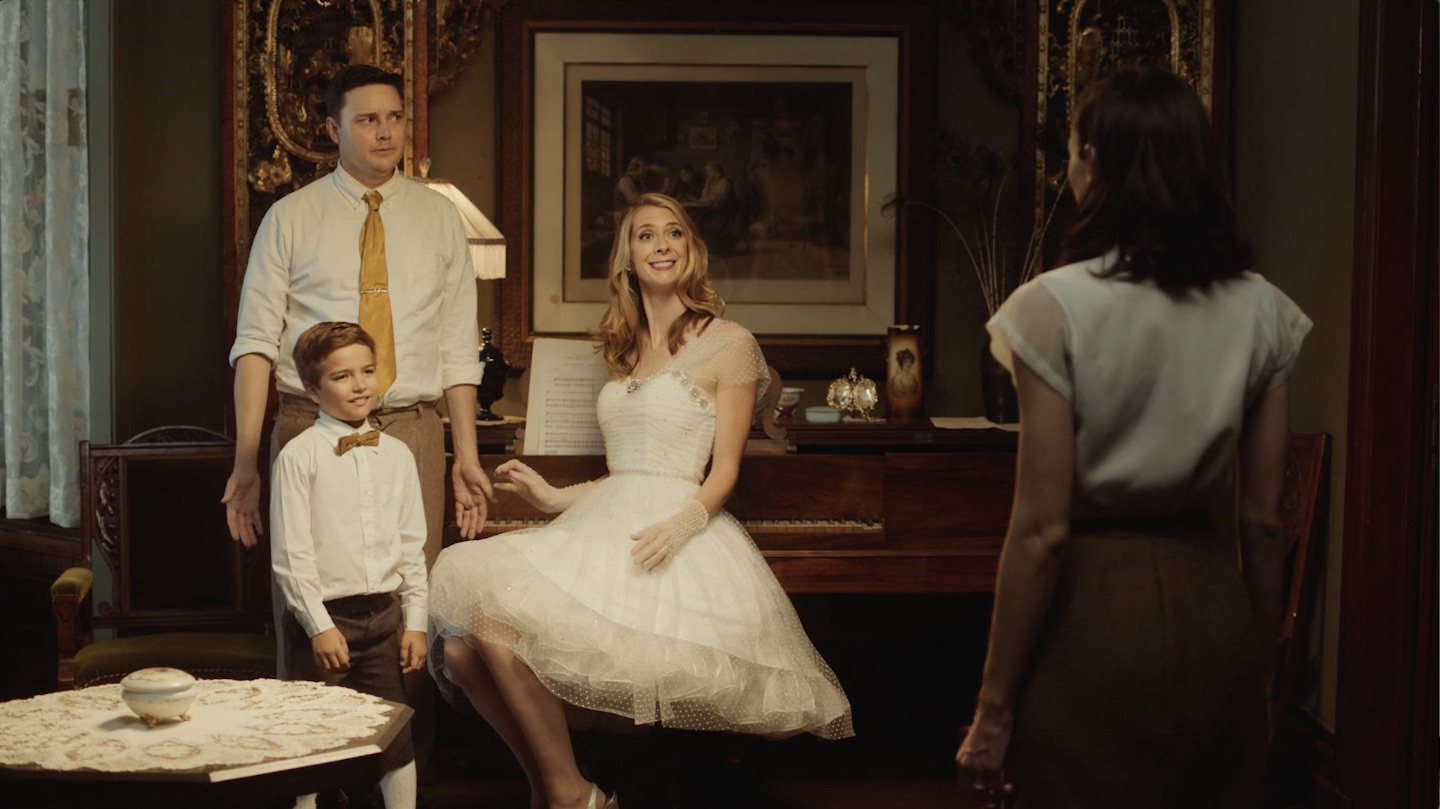 Hot on the heels of the successful online release of Greener Grass, Jocelyn DeBoer and Dawn Luebbe have gone ahead and dropped their latest short film, The Arrival, for our viewing entertainment. And gosh is it fun. If there was any worry about these talented ladies being one-hit wonders, this comedy short puts that notion to rest and sets anticipation for the up-coming Greener Grass feature at an even higher level.

A similar “comedy of manners” as their previous film, The Arrival is slightly more grounded, but with an even more fantastic premise. A little boy is upset by the arrival of a new baby and the resulting loss of attention from his mother (DeBoer), and so hatches a countermeasure—he announces a new arrival of his own, in the form of a supplemental mother (Luebbe).

Ditching a preppy, suburban milieu for an older, 50’s patrician one, the film is a hilarious depiction of the (original) mother’s psychological unraveling as she finds herself forced to accommodate her new rival. Utilizing the same kind of bizarre absurdity as Greener Grass, everyone in mommy’s life, from her son, to her relatives, to even her husband, unquestionably accept the legitimacy of the new mom, and DeBoer’s character…doesn’t take it well.

DeBoer and Luebbe do triple-duty this time out, not only writing and starring in the film, but taking on directing duties as well. Amazingly no drop-off can be perceived however, as the film is great to look at. Production design is excellent, and if the aesthetic vision is a bit less singular, it nonetheless succeeds as an impressive homage to 50’s Sirk-style melodramas. The film only really has one joke, but it’s a testament to the assured tone, strong edit and excellent performances that it is able to stretch out to near 15 minutes with no drop-off in engagement. Once again DeBoer’s and Luebbe’s performances are standout—I have a hard time thinking of an actress that displays outraged befuddlement quite as expressively as DeBoer, and Elias Harger (Fuller House), Michael McMillian (True Blood) round out the principal cast admirably.

I introduced DeBoer and Luebbe to Jim Cummings at SXSW 2016, and it seems the connection bore fruit—not only did DeBoer star in the Thunder Road feature adaptation, but frequent Cummings collaborator Natalie Metzger produces here. Producer of the Minutes Collection, of which we featured The Robbery, as well as the Thunder Road feature, Metzger worked in collaboration with rising production company Vanishing Angle. Founded by Matt Miller, in a relatively short period of time the company has assembled quite the roster, with not only Metzger, Cummings, and now DeBoer and Luebbe represented within their stable, but also other names familiar to S/W fans, including Danny Madden, Dan Blank, and Jesse Atlas. We look forward to checking out future projects from all these talented folk!