Jim Cummings (Thunder Road) follows up his Sundance winner with a new single-take short about a cash-strapped woman and her misadventures at a local convenience store.
READ REVIEW
Next Previous 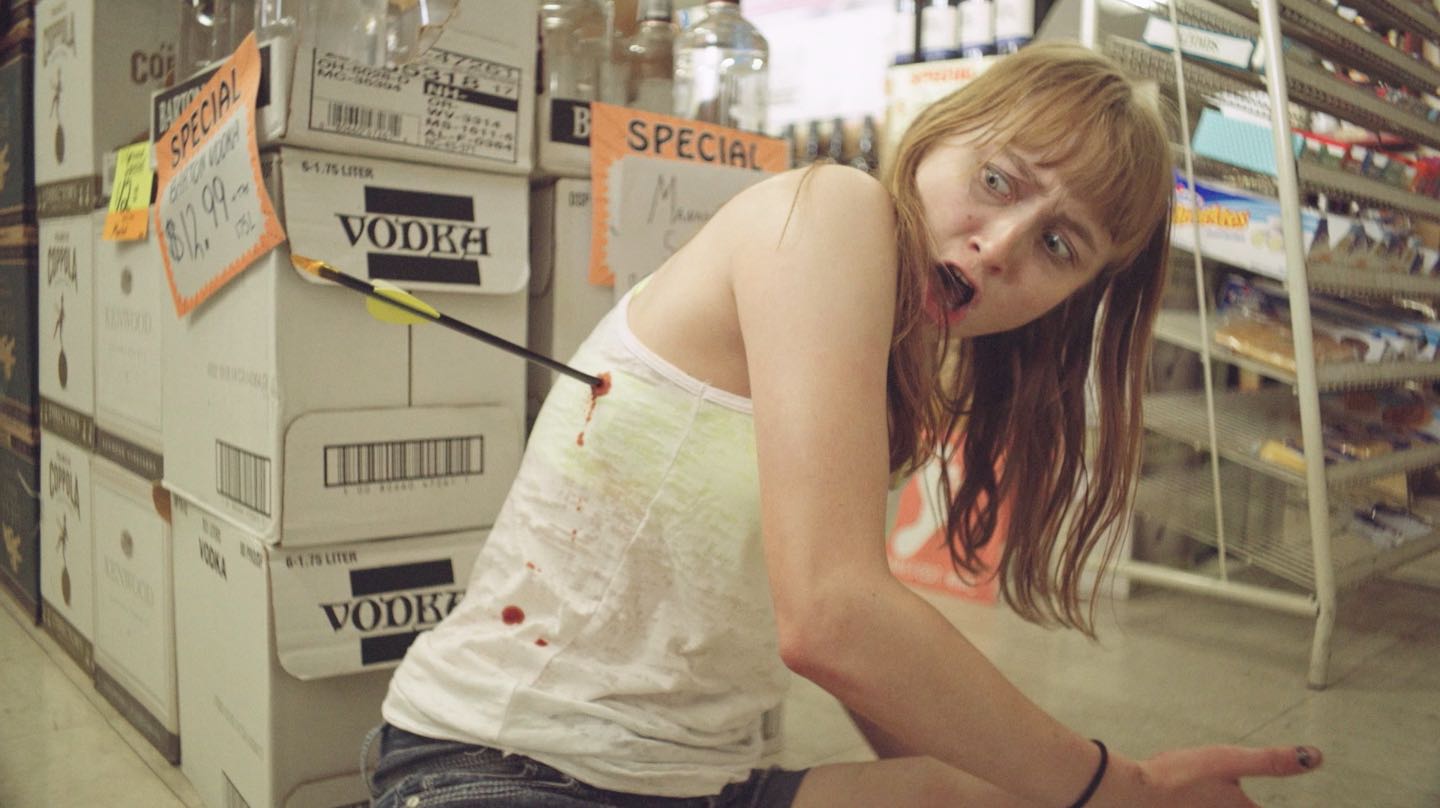 Using an Uber as your getaway car is not a #winning strategy for armed robbery, but that is only one of the mistakes tough-on-her-luck Crystal makes in this painfully funny, but uncomfortably dark, new short from Jim Cummings,

Fresh off its premiere at Sundance, The Robbery is the director’s followup to Thunder Road, the 2016 Sundance Grand Jury Prize winner, and the comedy runner-up in our recently announced S/W Awards. Featuring a sterling performance from Rae Gray in the lead role, this film duplicates the single-take gimmick of Thunder Road, and also applies that film’s tonal slipperiness to a brand new subject. A classic sort of idiot-criminal farce, The Robbery centers on Crystal as she seeks to rob a convenience store. Fast-talking and addicted to her cellphone, she is all attitude and blithe unawareness, yet this crassness covers up a sort of naive innocence which complicates the buffoonery that follows.

The buffoonery is great however—after the success of Thunder Road, Cummings was contracted by Fullscreen to make a series of single-take shorts for their SVOD service of which this is the first, and whether due to financial backing or to increased experience, the single-take in The Robbery is a great deal more complicated. The camera’s movements are much more involved, tracking some wild action: gunshots, hand to hand fights and cross-bow bolts alike, as Crystal’s ill-conceived plan goes awry. It is however Gray’s performance that steals the show, at the center of the action constantly, the character is taken to extreme emotional states, and throughout she shines in communicating both the obnoxious and sweet sides of the character.

Laughing at Crystal yet feeling empathy for her is a trick Cummings also used to great effect in Thunder Road. While it is more straight-forward here that Crystal is a ridiculous figure, it is also a scene of higher stakes. Dumbness is the last character trait it feels ok to laugh at in America, and Crystal embodies a bunch of habits worthy of derision: her cell-phone habit, her reflexively foul language, her self-involvement, and yet when we learn of the sympathetic reasons that Crystal needs money, it turns the film-watching experience into an uncomfortable one. It may feel cheap to humanize a relatively thinly sketched character through tragedy, but it is effective, and it re-contextualizes the comedy that came before as punching down—a Jerry Springer-esque gawkery at the disadvantaged that doesn’t sit right, especially in the light of the consequences likely to stem from Crystal’s ill-fated scheme. Cummings and his co-writer on the film, Dustin Hahn, know this I think, and the the manipulation of the audience into feeling reflexive guilt over the viewing experience is an interesting deviation from Thunder Road‘s fundamentally empathetic humanism.

If you enjoy The Robbery, there are 5 more brand new shorts in the series, titled “The Minutes Collection”. You need Fullscreen subscription to watch however, but with a one-week free promo, if Cummings work is your cup of tea, you should take the plunge for that reason alone.