Owen never learned about sex or relationships from his parents, since they turned into cats. But today, with the help of a human girl, Owen is going to learn a lot. [NSFW]
READ REVIEW
Next Previous 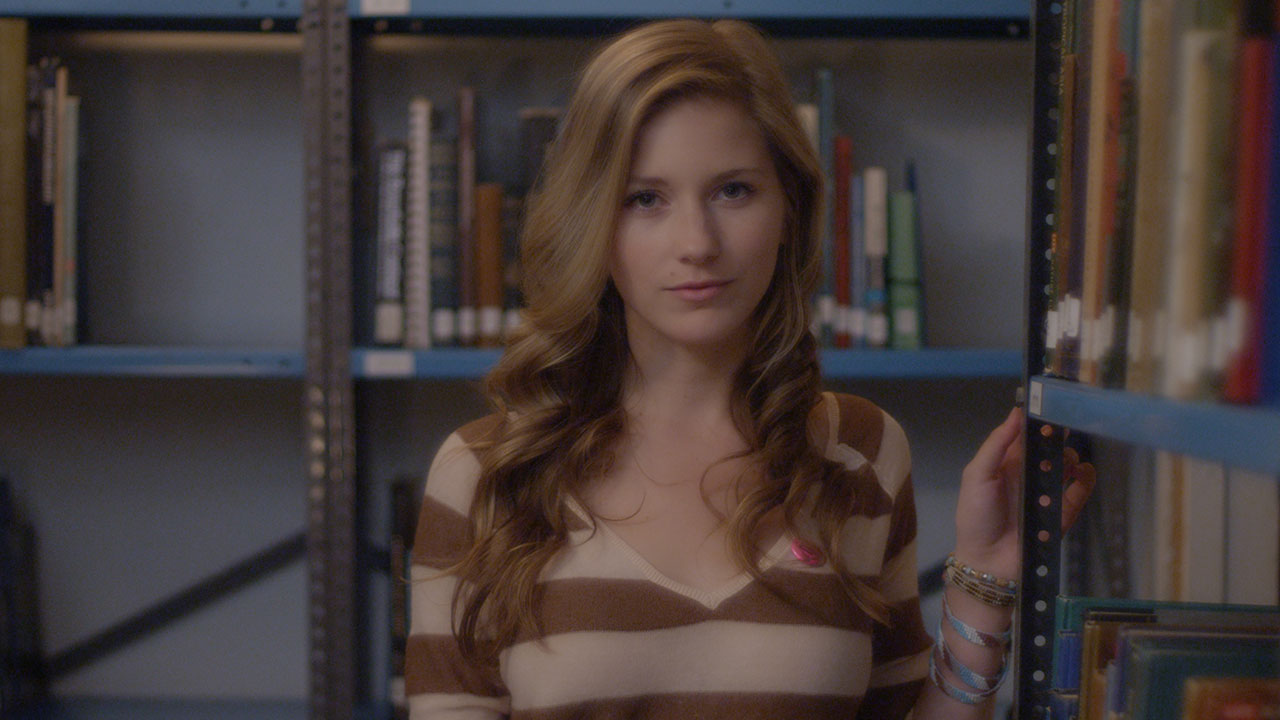 Within the first 20-seconds of his film, director Atkins has set the tone for his unfolding narrative with the quote above. A bizarre and darkly funny tale of how a young man’s views about sexual relations are influenced by not having anyone to discuss the taboo subject with, Chocolate Heart’s director admits his narrative originated when contemplating the physical act of sex. “I started writing the film during a time when I was thinking a lot about sex as performance”, Says Atkins, “about how the ritual of physical intimacy can seem so arbitrary and absurd. The animal way that bodies interact with one another during sex is so alien and grotesque from the outside. So I think the genesis for Chocolate Heart was in thoughts about being some inhuman thing, watching humans interact sexually, and dramatizing this feeling of being kind of profoundly out of the loop in terms of understanding the way that goes on”.

If absurd was what Atkins was aiming for, then he certainly hit that mark! From his protagonist’s weird thought-process surrounding a “beating chocolate heart” and his bizarre visions of how events could have played out, Chocolate Heart manages to be both funny (weird) and funny (ha-ha) in equal measures. But where his film really succeeds is in blending the ridiculous scenarios he weaves into his narrative, with some truly relatable ones. With the final result being a short the director aptly describes as feeling “both emotionally familiar and completely surreal at the same time”

The climax of Chocolate Heart though has to be the twisted sex scene at its conclusion, whilst I don’t want to talk about it too much here (in case you’re yet to watch the film), I couldn’t let the opportunity to quiz the director about such a memorable scene pass by (warning – his answer does contain spoilers).

“I wanted to create an uncanny and completely alien sex act”, Atkins reveals, “the idea to use hands as sexual organs was immediately appealing to me because hands and fingers intrinsically have such a large and potentially bizarre range of movement. So it seemed oddly cogent to imagine them being used in some other, alternate performance of sex. Bringing it to life required a simple composite gag. We shot the scene by actually cutting holes in the back of the actors’ pants and having “hand performers” slide their arms through the holes and out through the front of the actors’ clothes. Then we shot empty plates of the background and used those elements to paint out the bodies of the crouching hand performers in post.”

Hoping to provide his audience with “an experience that they might not have had before or might be surprised by”, Atkins’ short is certainly an unanticipated treat. It may tackle themes that are already well-explored in the world of storytelling, but it does so in such an unexpected fashion, with many a twist along the way, that it proves to be a challenging, yet rewarding watch.

Having just finished another short called Blissful Banquet, which the director describes as a “film on kind of a smaller scale that I shot in my house with a few close friends”, Atkins is now set to put all his focus into his first feature Lace Crater