A gay man living in a genetically modified society is given the chance to alter his sexuality.
READ REVIEW
Next Previous 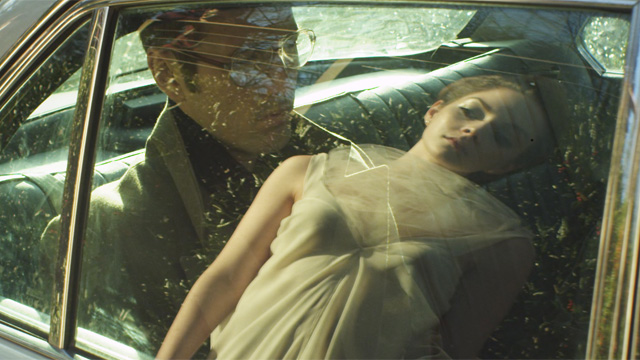 Ignoring the ongoing discussions regarding the relationship between R2-D2 and C-3PO, concepts of sexuality aren’t themes regularly explored in the world of science fiction filmmaking. Attempting to rectify this with what he describes as a “gay-themed sci-fi” short, Connor Hurley’s The Naturalist presents a dystopian vision of a future that asks its viewers to consider; if it was possible to genetically alter your sexual orientation, would you? Further exploring issues of genetic engineering already investigated in the likes of Blade Runner and Gattaca, Hurley’s film follows the recent success of Her and Upstream Color by presenting a character-based science fiction short more interested in emotions than action sequences.

Living in a dystopian future that dictates genetic therapy for all of society’s “abnormalities”, long-term partners Simon and Oliver find their secluded, peaceful existence disrupted when a routine police inspection detects a genetic anomaly. Threatened with relocation, Simon turns to old friend Eden, a genetically-modified heiress to help him find a solution to his desperate predicament. Faced with a choice between his lover and his life, The Naturalist is an ambitious, thought-provoking short that questions the notion of sexuality as a choice, whilst also exploring relevant themes of genetic modification.

Created as his graduation film from the Tisch School of the Arts, with The Naturalist Hurley has created a striking showcase to his filmmaking talents, by demonstrating a flair for both innovative storytelling and impressive production values. Avoiding the use of unnecessary visual FX to paint his vision of the future, Hurley and his team instead employ some carefully considered production design, combining retro/futuristic elements, to create a timeless aesthetic for their story. The apartment our on-screen couple exist in seems as if could be from decades past, while the outside world that Eden and the police officers introduce us to is a clinical future of interactive glass devices and retina scans. Mixing modern and classical camera equipment, the director has also managed to transition his nostalgia-tinged vision of the future into his production methods by combining camera equipment from the analogue years, with those from the digital era. Inspired by Jean-Luc Godard’s Alphaville and Terrence Malick’s Tree of Life, the director created the slick cinematic aesthetic of his short by shooting on the Red One MX (mounted with Cooke S2/3 prime lenses) and relying almost exclusively on natural light.

Here at Short of the Week we search for four main qualities in the work we feature on our site, with films needing to be relevant, unique, emotional, and entertaining. With The Naturalist displaying the whole range of this quartet in abundance, it’s clear to see that this is exactly the kind of filmmaking we want to be championing on our site. Whilst Hurley’s film will surely garner attention due to the universal questions it poses and the debates it’s bound to initiate, lets not forget to salute the assured and unprecedented filmmaking on show. With his feature debut Skook currently touring festivals, Short of the Week is adding the name Connor Hurley, to the ever-expanding list of directors we’re expecting great things from in the (non genetically-modified) future.