As a young woman leaves the parental home to travel her bond with her parents is so tightly connected that by leaving, she puts their world at risk. An impressive stop-motion film created with a 3D pen.
READ REVIEW
Next Previous 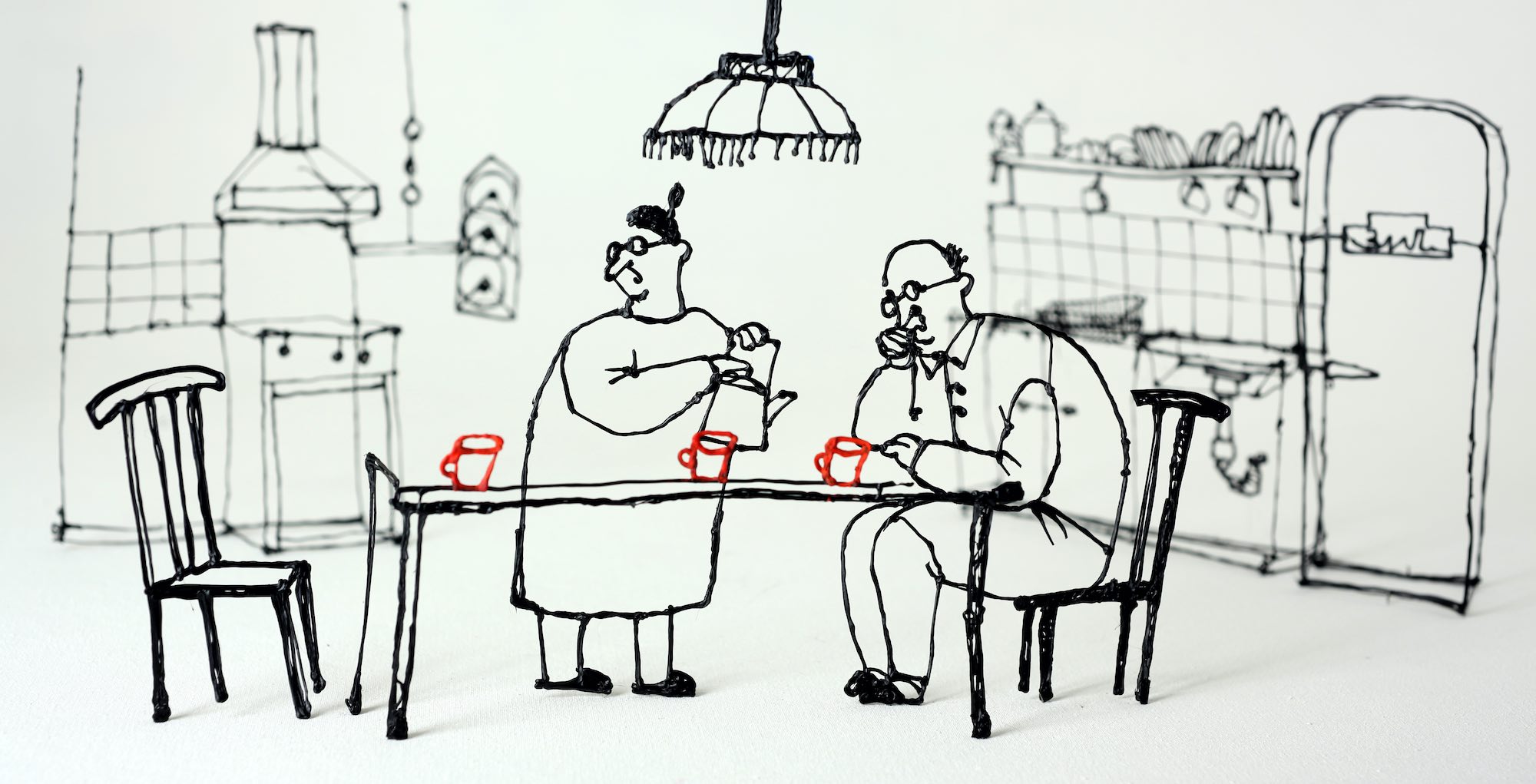 Leaving home for the first time can be difficult, but while a lot of the focus is put on the one leaving, there’s often not a lot of thought for those left behind. Inspired by director Dina Velikovskaya’s (Kukuschka) own move from Russia to Germany, Ties blends fascinating craft – stop-motion using a 3D pen – with a heartfelt, universal narrative centred around the bonds that connect to us our parents and our family home.

A narratively simple short, over the eight-minute duration of Ties we follow a young girl leaving home for the first time and the effect this has on her parents. Departing in a taxi, she doesn’t realise that her clothing has become snagged on her house and as she travels further away her parents’ abode, and their lives, begin to unravel at rapid speed. First destroying the apple tree outside, before moving on to the building itself and eventually, her father, it’s a straightforward, but effective metaphor.

For me though, it’s not the narrative that is the great appeal in Velikovskaya’s Ties, but that wonderful craft. At first glimpse, you’d be forgiven for assuming this is a film employing 2D animation with a slightly unusual style, but as it progresses and you become aware of the depth, you start to realise something isn’t quite right. Is this actually 3D computer animation with a clever hand-drawn twist? Again not a bad assumption, but the moment you realise Ties is actually a stop-motion, the craft takes on a whole new dimension and the film a magical quality. 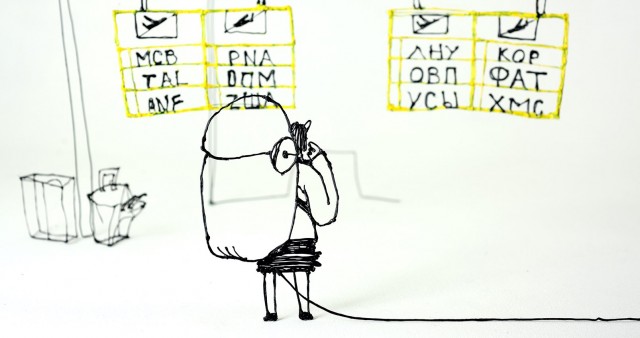 As our young protagonist is set to depart on a plane, she doesn’t realise her home is unravelling behind her.

Interviewed for the 3Doodler blog (Velikovskaya used one of their pens in the creation of Ties), the director admits that she originally saw the film as being made with an unconventional 2D approach, until her husband and co-producer Florian Grolig (In the Distance, Friends) had a different idea and proposed the idea that the characters and objects should be created physically and then disappear frame by frame:

But you know what? The idea stayed in the back of my mind. And I started to think about how to solve those problems. Not long after, I found myself making Ties with the 3Doodler and some wires.

Describing the production process as very, very challenging, Velikovskaya obviously pushed herself out of her comfort zone when creating Ties and this is exactly the type of inventive, risky filmmaking we love to see in the short film world. As strong believers that short film is where innovative storytelling is born, we can envision 3D pens being used more commonly in animation in the future, but the filmmaking industry needs examples like Ties to prove that it can work and I think Velikovskaya has certainly made a strong case for just that.