It's calm and peaceful above the clouds. But chaos lurks in the distance and each night, it draws closer.
READ REVIEW
Next Previous 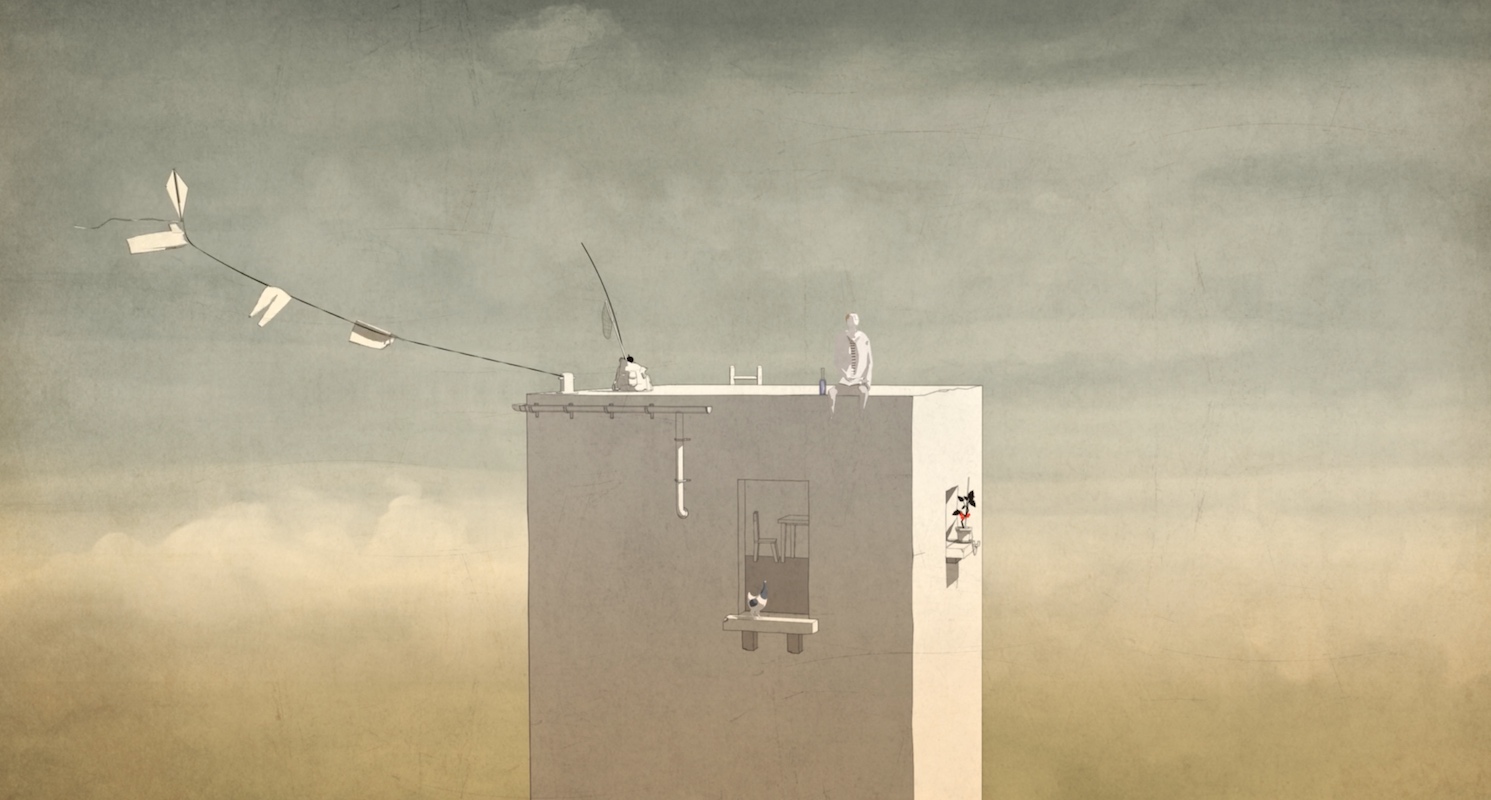 With the migrant crisis a big problem all over the world, the short film world has rightly turned its focus on forced displacement over recent years. However, with so many films being made about people having to leave their homes, what can you do to make a story exploring this subject feel fresh and powerful? Told through one static wide-shot, Florian Grolig’s animated short In The Distance provides a distinct take on the topic and is a surprisingly emotive and captivating short with the separation of audience and action allowing lots of space for personal interpretations of the narrative.

Initially creating his film because he was interested to see if he could make an emotional experience, despite the limitations of a static and very distant camera, Grolig admits he left a lot of details vague in his narrative to create an environment his audience would be forced to question. “My hope is that the film leaves enough unanswered questions and empty spots for the audience to wonder about and fill in theirselves”, says the director. “The fixed frame and therefore lack of information about the outside world leaves a lot of space for that”.

With most of the action happening off-screen, In The Distance could have easily become an uneventful and ineffective watch, but if anything it has the opposite outcome. By simplifying his story and focusing on one unnamed man (and his chicken) and the consequences this unspecified conflict has on his peaceful existence, this person becomes anyone, and this place becomes anywhere, allowing for very different and personal takeaways from the film.

In The Distance is Grolig’s first film since graduating from School of Arts and Design in Kassel. Directing and producing the film himself, he was assisted in making the film by two German film funds and the help of a small crew (one animator and two sound designers). Created in Maya, Grolig went for a heavily layered approach to his aesthetic creating the “possibility to influence small details of every element”, in the hope that he would produce what he describes as “a ‘not too generic’ cg look.”

As well as being a talented filmmaker, Florian has also turned his hand to games design in recent years and you can find his iOS games SpaceNoon and Sisyphos available for download on the App Store now.