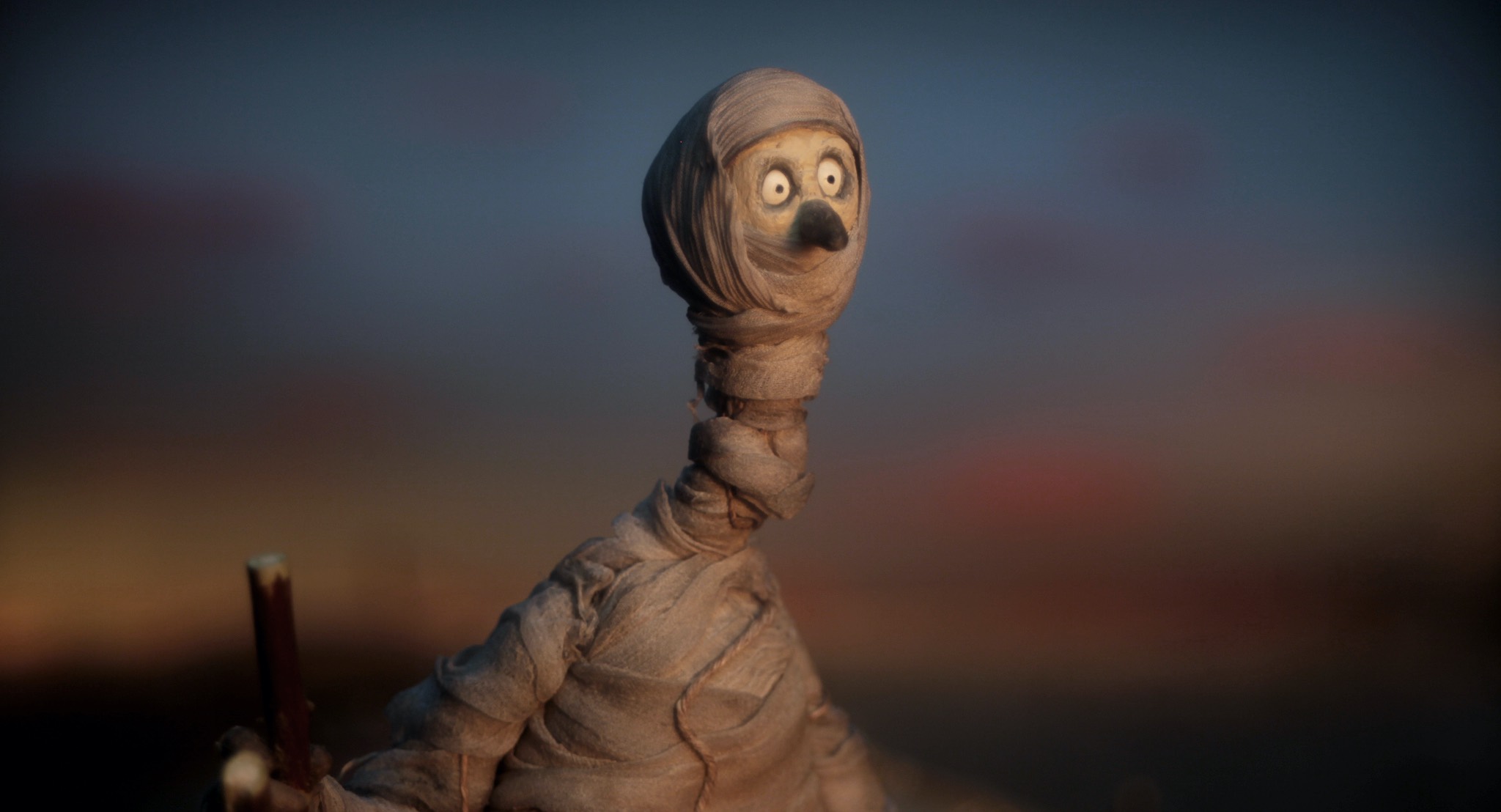 With its concept born in a vivid dream, where director Dina Velikovskaya admits she witnessed the entire first scene, aesthetic and world of her film, Kukuschka is a fantasy piece with some very real and relatable themes. Set in a surreal barren-land where bandage-clad avian creatures spend their time looking after the young, a wanderer obsessed with the sun finds her life suddenly disturbed when parental responsibility enters her world.

Eager to show a different side to motherhood, rather than the “sweet picture” often painted in films, Velikovskaya felt it was important to create a story featuring a “woman who has dreams and how motherhood can be an an obstacle to them”. Despite the unusual setting and bizarre characters, Kukuschka has an oddly authentic feel to it. The scenarios are familiar and engaging, while the tactile feel of the animation lends an air of authenticity to the on-screen world.

Where Kukuschka truly excels though is in the craft. The character design is both fascinating and charming, adding emotion and humour to proceedings. While the locations, and in particular those skies, once again add a genuine feel to Velikovskaya’s world. It’s the finer details that lift the film an extra level though, with the attention given to the wind really making a difference, almost feeling like an extra character in the story. You notice it in the characters clothes, it adds a constant thrum to the soundtrack and it really injects the film with atmosphere.

Kukuschka was Velikovskaya’s fourth short, following stop-motion films The Bridge and My Strange Grandfather and the hand-drawn About a Mother. Her latest film Ties, a stop-motion created with a 3D pen, had been playing festivals until recently.