Three Renees go on a quest to find God, who is also Renee. As they traverse the mountains and valleys of Renee, they discover all the great joys, sorrows, and mysteries of being Renee.
READ REVIEW
Next Previous 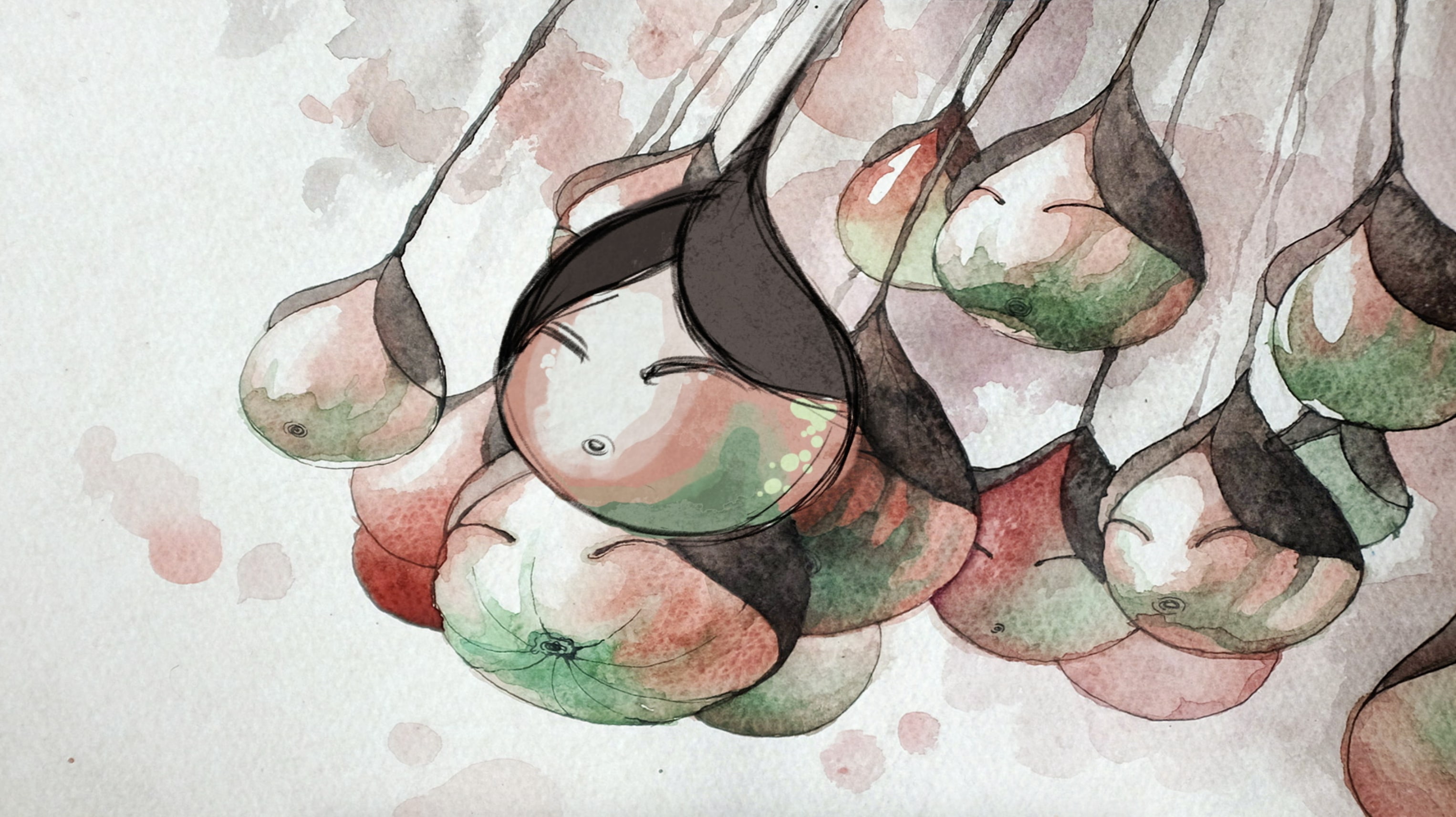 Winner of the Short Film Jury Award: Animation at Sundance ’19, Renee Zhan’s 10-minute film Reneepoptosis transports its audience to a strange, oozing land of finger mountains and teat-sucking grubs. In a world where everything is based on its creator (Renee herself), this unique short takes you on an unforgettable journey of self-discovery as we follow three intrepid adventurers on their quest to find God (another Renee).

Introduced to the film’s trio of explorers – three Renees of different ages – as they are given instructions of the physical and spiritual crusade they must embark on, their travels begin as they are poked (by giant fingers) through the fleshy intestines of the land. Over hills, through forests and down rivers, they search for the supreme being Renee, encountering giant dung beetles and swarms of angry insects along the way. But will they find what they’re looking for? And if they do, will they be able to resist the temptation of the sweet flesh they were warned about? 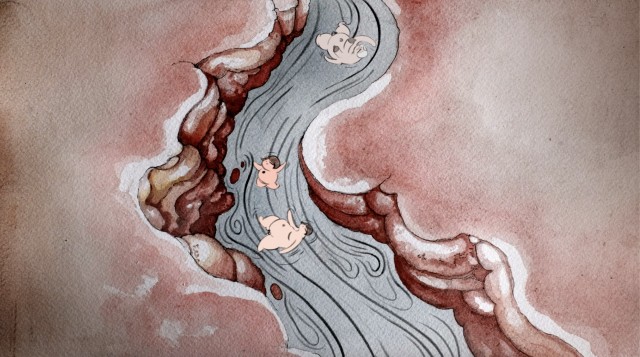 “That’s where the idea for this film really came from – from being alone for too long!” – Zhan on the inspiration for Reneepoptosis

Created after spending a year in Japan on the Harvard Postgraduate Traveling Fellowship, Zhan admits that not speaking the language or knowing anyone in the country meant that it turned into quite an introspective time for her. Deciding to embark on a 2-month hike from Tokyo to Kyoto, which the director describes as “filled with grubs, leeches, rain and mould”, she explained that the idea for Reneepoptosis really evolved after she had spent too much time alone.

“I wanted to make a lighthearted meditation on the thin line between self-hatred and self-worship”, Zhan reveals as we discuss her aims for her film and there’s certainly a heady dose of comedy throughout the short, which is much needed to balance out the deeper and more serious themes of self-reflection. Admitting that in each of her films she tries “to learn something about myself or improve myself in some way”, Reneepoptosis was created during a “tumultuous time” in the filmmaker’s life, with its creation acting almost as a form of therapy where she could sort and understand her emotions. Helping to develop some good mental health, while winning a few festival awards along the way, sounds like a successful short film to me. 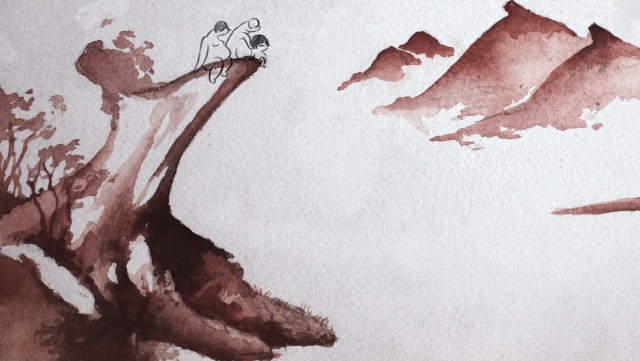 “The entire film had to fit in my backpack” – Zhan on creating her short during her travels around Japan.

Alongside its fascinating narrative, Reneepoptosis also stands out for its aesthetic, which Zhan says was “the first film I’ve ever made in an Asian style”. Admitting that growing up in Texas, she felt a lot of pressure to “push my Asian-ness away” (in her clothes, the way she spoke and her art), the filmmaker embraced her roots with this short, employing the style of Asian ink-wash paintings for her background art. With the foreground characters then added digitally, Reneepoptosis is a striking mix of the beautiful and the grotesque, the visuals often as challenging (and rewarding) as the storytelling.

Returning to our site for a third time, after we’ve featured her previous films Pidge and Hold Me (Ca Caw Ca Caw), Zhan recently graduated from the National Film and Television School, with her grad film O Black Hole! (a personal favourite of mine) currently touring film festivals, picking up a host of awards and nominations along the way. She is now working on a live-action/animation hybrid horror short film with BBC Films, which she describes as focusing on “a British-Chinese girl in a high-pressure youth orchestra”.