During her journey to a new country, a girl loses her jar of lucky coins then finds one in a most unexpected place - a new short from Oscar-nominated filmmaker Siqi Song
READ REVIEW
Next Previous 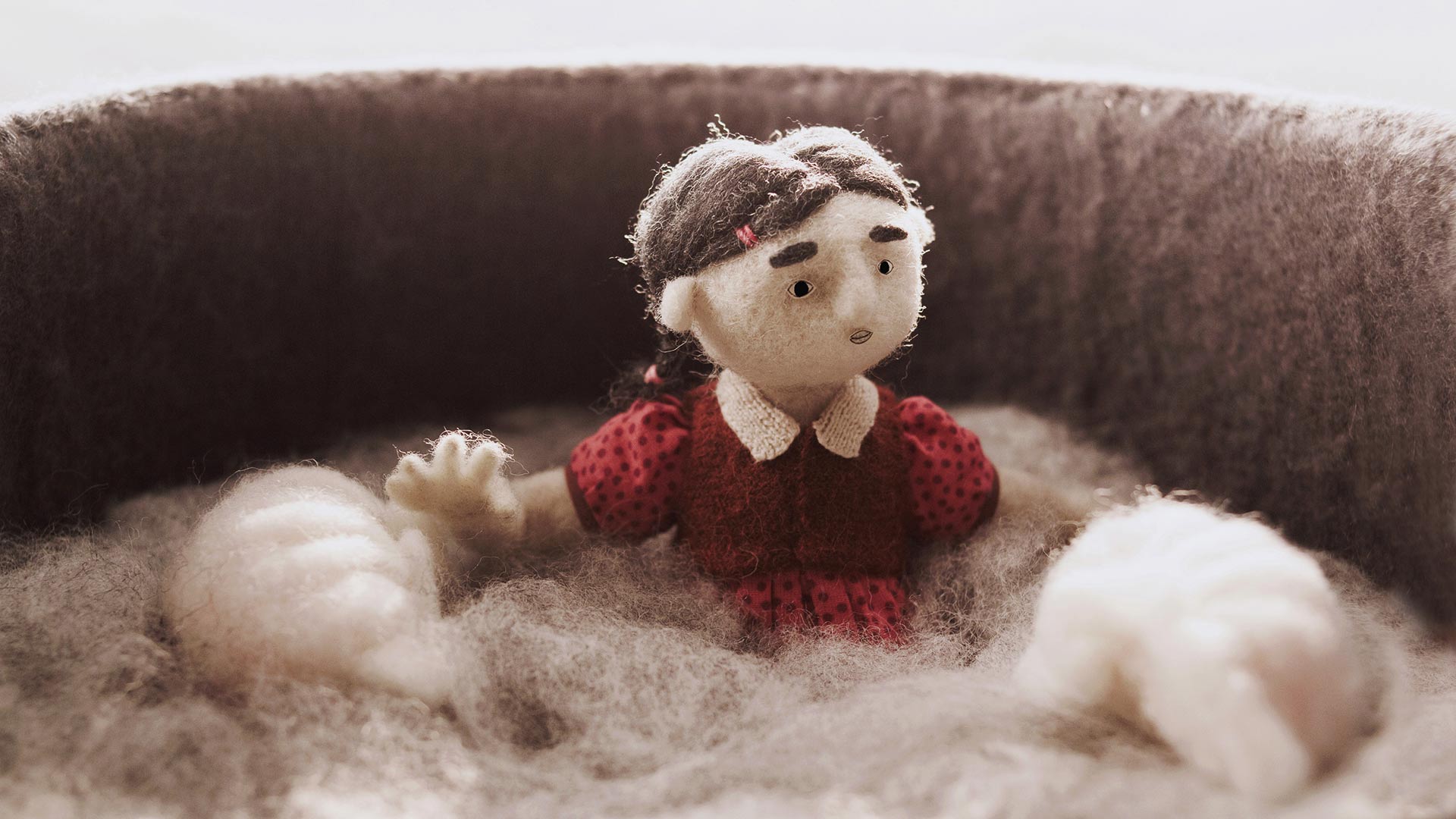 Following the success of her award-winning, Oscar-nominated film 妹妹 (Sister), Siqi Song returns to S/W with another short brimming with cultural insight, family traditions and of course, that recognisable stop-motion style. Where her previous film focused on what it was like to grow up with a sibling during the height of China’s One-Child Policy, her latest short 硬币(The Coin) centres around her family’s New Year’s Eve tradition and the comforting thought of home, when you’re far from it.

“After moving to the United States a few years ago, I experienced all sorts of culture shocks”

On Chinese New Year, finding the coin hidden in a dumpling (Jiaozi) brings good luck. In The Coin, we follow a girl and her jar of lucky coins as they leave home and journey to a new country. After leaving her collection of charmed currency on a train in her new homeland, the girl starts to suffer from unsettling feelings in her stomach, is this anxiety? Homesickness? Or something else?

“After moving to the United States a few years ago, I experienced all sorts of culture shocks”, Song explains as we discuss the inspiration behind The Coin. “With my mind experiencing the same digestive problems as my stomach, as it encounters the exotic food, I find myself looking for familiar food, in the hope that it will bring me back to the moment of comfort when I found the coin in it. This thought gave me the idea to use food as the visual representation of the story I want to convey, a story about trying to connect with the past in order to move on”. 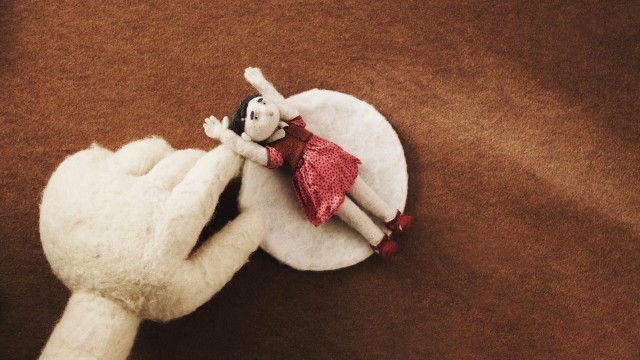 The dumpling (Jiaozi) plays a central in Song’s personal and relatable narrative.

Just shy of seven minutes in length, despite the plot appearing somewhat thin on surface level, The Coin manages to pack a lot into its tight run-time. Through a simple story of a young woman leaving her childhood home, Song manages to pepper her narrative with family history, cultural traditions, personal insight and relatable emotions. Again, there’s surprising depth for a tale of a girl and a jar of coins.

With the success of its narrative debatable (these things are always subjective), one thing that surely isn’t under question is the strength of the craft showcased in The Coin. Though we’ve seen this woolly stop-motion style several times before – Emma De Swaef and Marc James Roels’ Oh Willy… feeling like the real prototype for the style – Song laces her aesthetic with enough individual flair (having the facial expressions of her characters added with hand-drawn animation really amplifies their reactions and emotions) and standout moments (the woolly soup and giant burger are particular favourites of mine) to make it her own.

A graduate of China’s Central Academy of Fine Art and CalArts, The Coin confirms Song as one of the most exciting new voices in the world of animation. With her meticulous craft and distinct voice, we can’t wait for her next short – is it too early to call it a “real favourite” of mine?