A man reminisces about his childhood alongside an insufferable little sister in 1990s China. What would his life have been like if things had taken a different turn?
READ REVIEW
Next Previous 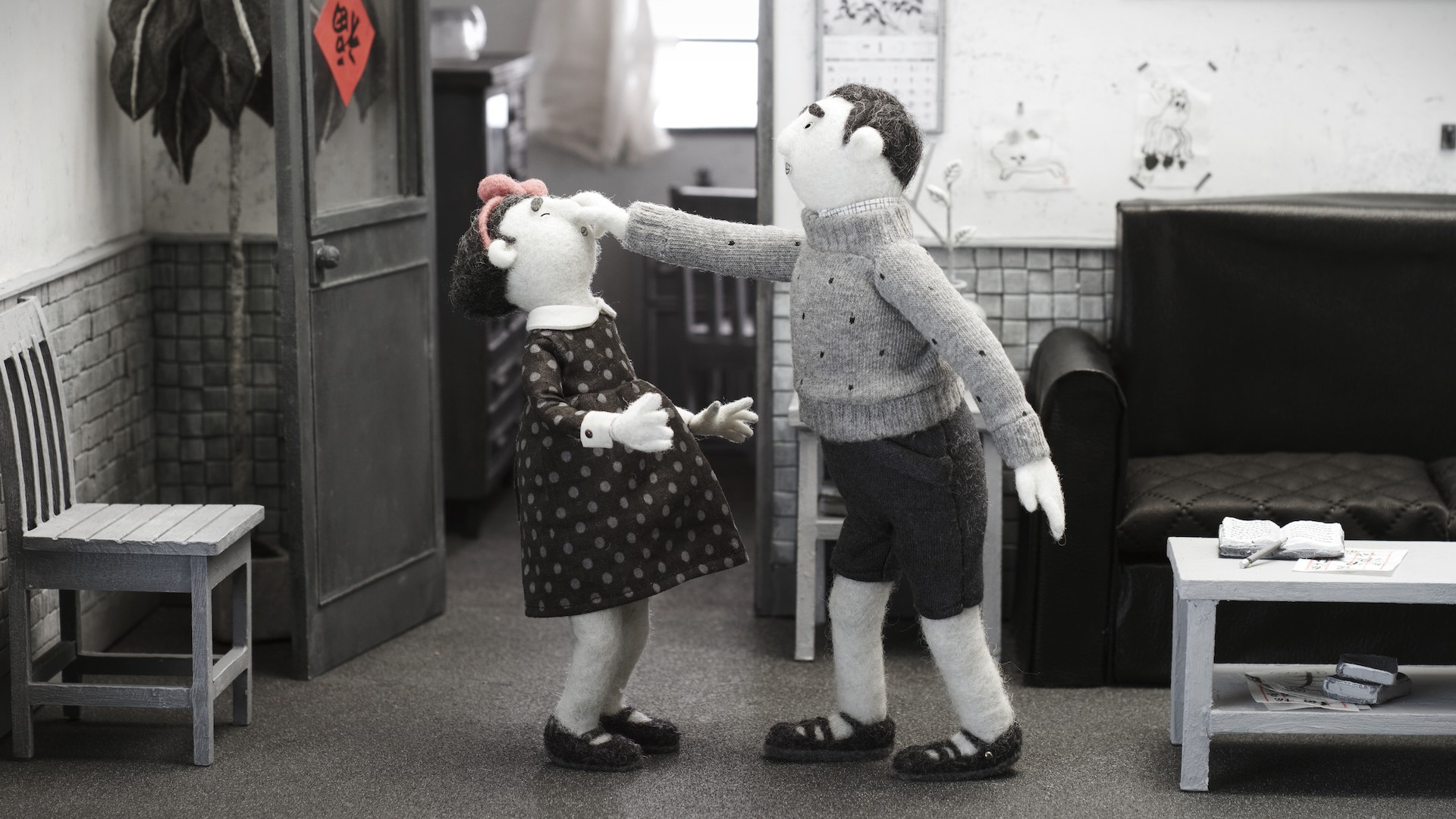 What does it feel like to be an only child? It is a question I was asked many times while growing up in Western Europe during the 90’s—where larger families were the norm, and all of my friends had siblings. I can’t say that I regretted my solitary status. In truth, it made me feel different, unique. At the same time, on the other side of the world, writer/director/animator Siqi Song was in the opposite situation—often asked what it is like to grow up with a sibling during the height of China’s One Child Policy. Even more unique was her status as a rare second child, leading Song to be keenly aware of the novelty of her very existence. Having told stories about her brother all her life, Song attempts to relate that special bond in 妹妹 (Sister), her poignant and fantastical student film.

China’s One Child Policy is something I learned about in school and, like most of things from school, was something I never bothered to think about in a deeper way. As an adult now, and through Song’s work, it is both easy and daunting to imagine how it must have affected, and still affects, the families which grew up during this paradigm. To be deprived of something so normal is bizarre. How deep is that pain? How much more special is that bond Song shares with her brother? I am an only child, but that was at least my parents’ choice. Imagining what it is like if it wasn’t, and experiencing that sense of loss for something that never was seems unfathomable.

Despite the personal experience that imbues her film, Song does not put herself at its center. Instead she situates the experience through the eyes of an older brother. Through a series of 3 vignettes that move linearly in time, we get to see both the joys, but mostly frustrations, of having a younger sibling via mundane scenes captured from their lives. The authenticity of those moments immediately welcomes you to their house. Song isolates simple but representative milestones of the sibling bond. Their poignancy is reflected in their mundanity: the annoying loud baby, fighting over a TV remote, losing a tooth—but the magnitude of their meaning is given an additional dimension through segues which stretch reality. Utilizing the medium of animation, this surreality is seamlessly incorporated in ways that are both humorous, but which comment on the subtext apparent throughout.

Song’s craft is exquisite. Stop-motion in felt is a very difficult choice of medium, and despite its recent popularity in acclaimed student works like Oh, Willy…, and Enough, it is still rare to see it attempted. Aided by stellar modeling (Song recently worked on the LAIKA feature film Missing Link as a modeler),  妹妹 (Sister), is immensely satisfying for hardcore animation nerds. Song’s visual decisions are bold yet effective. The color palette of the film is very desaturated, with tiny pops of color, like the red bow on the little sister’s head. This contributes to the nostalgic tone of the film, and combined with the family portrait that serves as a framing device for the film, establishes it as a recollection of the past—even while the fantastical asides call into question the legitimacy of memory and the factual record.

This play between biography and imagination is the central tension of the film, and contributes to the devastating emotional power of its conclusion. I’ll dance around that conclusion here in this review, but it is rather visible that the older brother sees his younger sister as some kind of elephant in the room, which here, has two meanings attached. 妹妹 (Sister) is at once an explanation—a guide to her friends and fellow Chinese that seeks to explain the magic of a sibling, but also an elegiac ode—as the film’s devastating postscript reads, “Dedicated to the siblings we never had”.

It is an understatement to say that 妹妹 (Sister), has been on our radar for quite some time. With a great number of top-notch festival selections on its resume including Sundance, Annecy, and Palm Springs ShortFest, the film has qualified for Oscar consideration more than once. Furthermore, Song already has another short film still on the festival circuit titled The Coin, that premiered earlier this year at SXSW. Song is currently developing two new projects: one a comic book adaptation that she hopes to turn into her latest short, the second a feature film.