After two tours in Fallujah during the Iraq War, US Marine Roman Baca came home a different person. To deal with his depression, anxiety, and anger, Roman turned to an unlikely place — ballet.
READ REVIEW
Next Previous 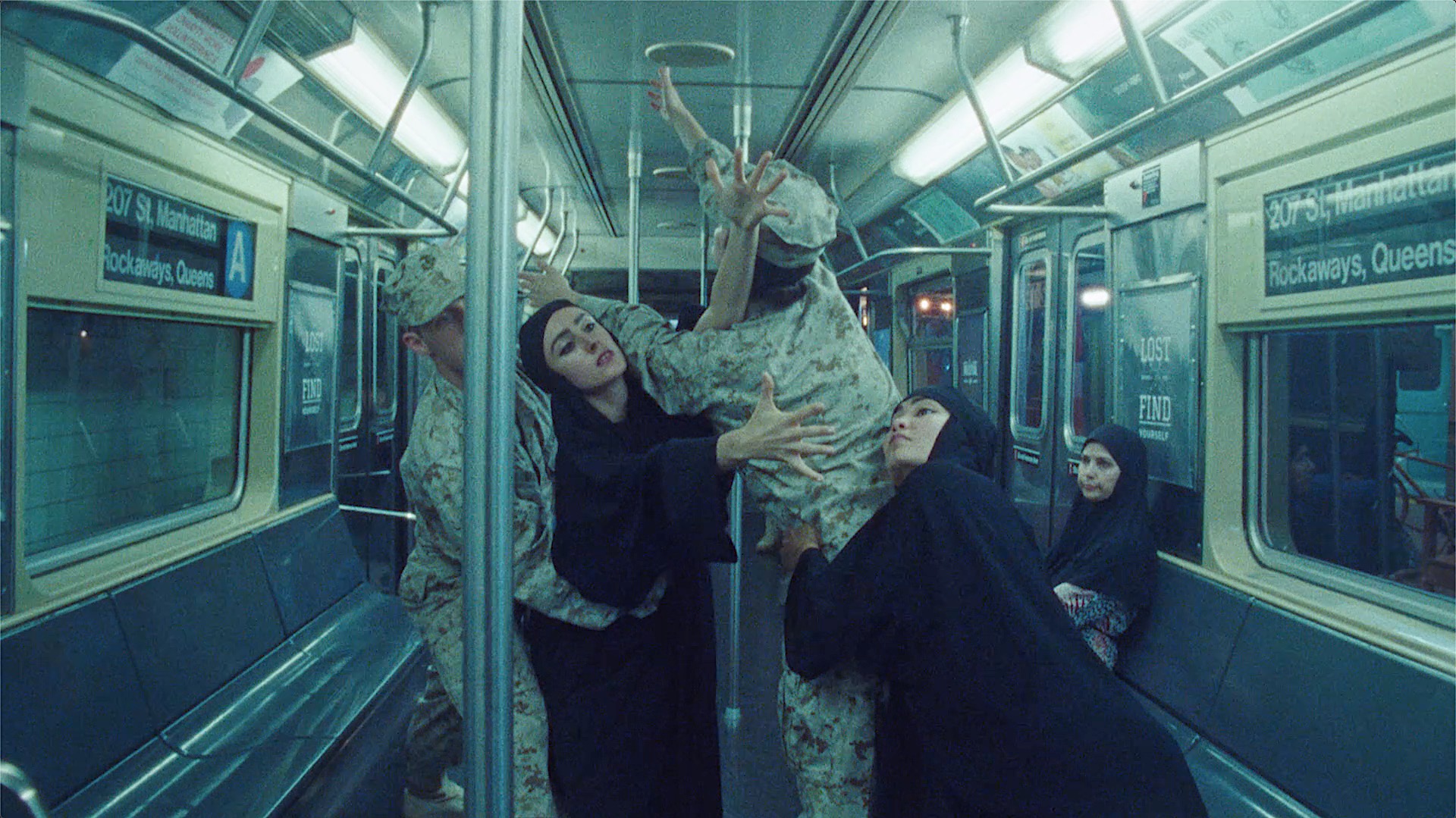 Late August is a time to take stock. As we shuffle through the dog days of summer, where long, lazy days trying to beat the heat are the norm, Short of the Week slows down some too. A dead-time on the internet’s calendar, it is, historically, a time to take vacations, have beach days, and generally recharge for the rush of cultural events that arrive in the fall.

Covid-19, like with all things, throws a monkey wrench in that. Regardless, we’re going feign normalcy and, as with last week’s coverage of the 2015 gem Rate Me, take an opportunity to visit attention upon one of the truly standout short films that slipped past us in the prior months—today highlighting the splendid documentary, Exit 12, from S/W alum Mo Gorjestani.

We don’t have much of an excuse for the oversight—Gorjestani is well known to us from his fascinating near-future narrative film Refuge, and Exit 12 is one of the most lauded documentaries of the past couple of years: winner of Best Doc at SXSW and Best Short at Camden, it also received a Short of the Year prize from Vimeo. Furthermore, it is the rare film to cross the film festival/commercial divide—part of the For Every Dream film series, developed with the San Francisco technology company Square, Exit 12 also racked up plaudits from the great validators of that arena, receiving a D&AD pencil and a Clio Award. All this attention resulted in the film being the first branded short to qualify for Oscar, and the rare short film to be picked up by a prominent film studio. 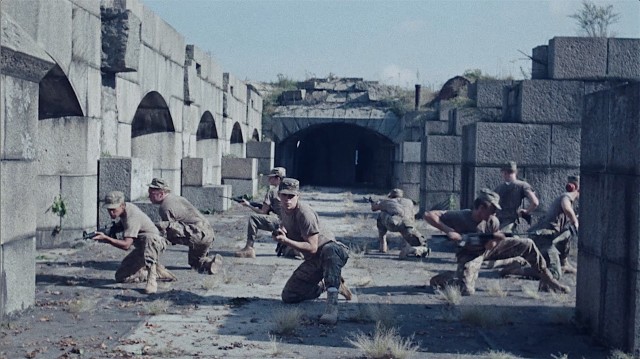 What prompted this outpouring of acclaim? Exit 12 is, simply, a film that combines great artistry both in front of and behind the camera, and it does that thing we always love in shorts, which is sinuously move between various filmic modes, both within and outside of its generic format, and nail each of the individual components.

Within Documentary, it is simultaneously an excellent profile piece and a social issue doc. The film’s star, US Marine veteran Roman Baca, has a great personal story and he is charismatic in relating it. The premise plays with our ingrained cultural expectations: a marine, our model of a modern martial gladiator, as a…dancer? He is a perfect subject for a slick 8min profile, but utilizing the potential afforded by the film’s 23min runtime, Gorjestani is also able to pull out wider. Baca’s story seamlessly flows into a larger mission, addressing the social ill of PTSD experienced by soldiers returning from war and the epidemic of suicides that accompanies it, as his dance troupe transitions from strictly performance-based into therapeutic workshops for non-dancer vets—tying the personal into the societal.

Yet the film does not stop there. Its most striking element is visual—Gorjestani splits the film into chapters, echoing “movements” within a classical performance, and so the film is intercut with scenes of Baca’s troupe performing. These are not merely clips, but complete mini-performances, sequences gorgeously shot on 16mm and magnificently captured by DP Logan Triplett in unusual locations like a subway car. Performance documentation is hard, and the film does it as well as any dance film of recent memory. For a film that eschews talking-head interviews altogether in favor of a more cinematic presentation, these interludes are emphatic punctuation to the film’s excellent visual aesthetics.

Lastly, in cataloging the virtues of Exit 12, one must return to Gorjestani. Documentary filmmaking is not merely “shining a light”, it is authorship, and the politics and point of view of the filmmaker shine through adeptly in the film. The son of Iranian refugees who fled to America in the midst of the Iraq/Iran war, Gorjestani is keenly attuned to jingoist rhetoric and the ways that the American Project defines itself in opposition to “others”.

“I think the image of a (soldier) is misunderstood. You can’t put a veteran in a box and say ‘this is what they are.” – Roman Baca

An outspoken critic of the current administration, there is a subversive bent to Exit 12 that is clearly intentional. Military service members are used as symbols in American politics. Notably, the recent case of football player Colin Kaepernick, whose decision to kneel during the National Anthem in order to protest police brutality against minority communities was twisted by powerful interests into an attack on service members. Gorjestani wrote to us explaining that, “I grew up in a low-income community and played sports which means I know a lot of people who joined the military as a way out because college wasn’t in the cards. A lot of Veterans I know don’t fit the Donald Trump narrative of what a “Patriot” is.”  The themes of this film are useful in deconstructing this imagined archetype of a soldier, not in a manipulative sense, but in an empathetic way—allowing the multiplicity inherent within soldiers to shine through, and in doing so strike a blow against the perceived homogeneity within the military’s ranks that propaganda seeks to perpetuate.

In tying together the personal and societal into an emotionally nuanced, yet defiantly powerful political statement, Gorjestani has crafted a film that expertly contains and executes many of the defining aspects of contemporary Documentary filmmaking. To bring these elements together with such visual panache is only icing on the cake. Exit 12 is one of the best and most vital short films of recent vintage, fully deserving of its prior acclaim, and a film we’re now happy to include in our internet collection.